@Richard_Tango-Lowy Yeah, that’s the problem that is not going away.

After a thorough investigation, I found out, that I can make a fully functional USB TrackPoint from the hardware I have at hand. Using Arduino PRO Micro, TrackPoint from ThinkPad X220 keyboard, 100k resistor and 2.2uF capacitor.

As I’ve said elsewhere, touch pads in general are completely unusable to me. I can hover my hands an inch above those things and the pointer moves around like I’m touching it.

I always the pad in the BIOS so there’s no chance they get activated (I had to open one laptop and disconnect the pad because there was no option to disable).

My only options are a mouse or a trackpoint, and I really like the trackpoint.

This would be the ideal computer if I didn’t have to accept that I would be unable to use it when I don’t have room for a mouse.

Another one here saying the trackpoint is critical. @everett Makes great points about the usefulness. I use a Elecom Huge trackball when I can. But when I am truly on the go I use the trackpoint and touchscreen.

But the trackpoint is coupled with other critical features. The upper mouse buttons and crucially, the center scroll button. I use the scroll feature of the trackpoint ALL the damn time even with my trackball next to me.

I hope Framework finds a way to offer system for user keyboard designs which become real with enough interest. @nrp even suggested only a few hundred of a layout need to sell for it to be worth it, although I’m not sure he was considering dev time on it or not.

Got this on watch, its the only reason I haven’t picked up a model already. I always disable the touchpad.

Hoping to upgrade to some laptop next year.
(Looking for any community solutions as well)

I’m not use touchpad. I’m use trackpoint only and disable the touchpad on my old ThinkPads
The HP EliteBook pointstick and newest ThinkPad is not so good (also newest trackpoints with the buttons as a part od touchpads)

A trackpoint and three mousebuttons was the ONLY reason I did not buy a framework laptop instead of the T14 Gen 2 last fall. The T14 has almost exact same specs and price, but the framework has soo many benefits like user upgrades, taller screen, decent cooling etc. And I really like the company spirit and belives. But I can’t use a laptop without a trackpoint (and three mouse buttons)

yes, lack of trackpoint and physical mouse keys are a problem.

Clearly there is support for a keyboard option with a trackpoint. I’m sure Framework has done some market analysis and knows who their customer base is, if not, I’ll help you out: potential customers of configurable, repairable computers are present Thinkpad users. Not entirely, of course, maybe 25-35%? Lack of the trackpad is a significant deterrent from switching.

it deters me anyway. That and the absurdly low number of 3 usable ports.

Edit: forgot to mention that I don’t care how thin it is. Not at all. Add the 1mm.

My x220t and t420 are dying and I agree to all of the above. You can put me on a preorder for any laptop with a trackpoint and three buttons directly beneath the space bar (existing, not possible or planned). I don’t care about thickness. And if such a keyboard had an option with travel and feel [don’t care about looks] similar to x220t or t420, that would make me dribble and I’d pay 200 for that. And there must be thousands of die heart thinkpad fans willing to switch and don’t forget that these people often recommend laptops to tens and hundreds of others…

Going to put it out there that I would instabuy if there was a 7 row keyboard with trackpoint as well.

As an owner of a Framework I would instabuy a trackpoint keyboard accessory.

It’s hard to blame the people who’ve actually tried TrackPoint and given up on it. The first-time UX of TrackPoint is absolutely one of the worst I’ve ever seen…

It is a tough sell then.

Clearly there is support for a keyboard option with a trackpoint. I’m sure Framework has done some market analysis and knows who their customer base is, if not, I’ll help you out: potential customers of configurable, repairable computers are present Thinkpad users. Not entirely, of course, maybe 25-35%? Lack of the trackpad is a significant deterrent from switching.

it deters me anyway.

That and the absurdly low number of 3 usable ports.

The Framework is a direct response to the four Thunderbolt 2018-2020 Apple Macbook laptops. The Two Thunderbolt models only had 1 usable port.

They were interesting Ultra-portable concepts. I would be surprised if the Macbook Air ever moved away from the two Thunderbolt port configuration.

One of the interesting concepts that the Four Thunderbolt port laptop configuration has paved the way for is upgrading just the motherboard in a laptop, and not the entire device. Apple is reverting to an old system, while Framework is conducting a follow up experiment.

The concept is not about having only 3 usable ports, but having a standard across board generations. With VGA fading out of prevalence, DVI being largely aborted, Display Port not being the most popular port, and HDMI having both Mini and Micro variations, having a single universal port for a dongle to attach to is a smart move in such a diverse ecosystem. When so many choices can be wrong, allowing the user to make that decision improves the situation. Giving the user direct access to and control over the full bandwidth available to a port in the 4 Thunderbolt configuration is therefore also a smart decision.

The expansion cards are an interesting compromise, in that they do limit available ports. They do however allow for user customizability in an ultra portable while keeping a sleek appearance.

Two USB-C for charging, a single USB-A for thumb drives, and an HDMI port for output seems to be all the I/O I require. I did swap out one USB-C for a MicroSD slot since those are becoming increasingly more common and I may appreciate the convenience. I am buying the Framework more for repairability than for the capabilities of a four Thunderbolt system.

It is a tough sell then.

I’m not sure what you mean by that. What is a tough sell, and to whom? Are you talking about a DIY trackpoint solution? An aftermarket keyboard module sold in the Framework marketplace? Trackpoint becoming the default input method for Framework? Because all of these ideas have been discussed here, some more plausible than others.

Outside of context, the snippet you chose to quote from me makes me sound like a trackpoint detractor. What someone should take away from my comment is that Lenovo has done a poor job of “onboarding” users to the trackpoint experience, and maybe someone else could do it better.

Multi-touch trackpads have been in the hands of children, in the form of multi-touch tablets. They will learn from each other as they grow into adults how to utilize pinch, zoom, school, and other features, simply by watching their more adept peers.

Onboarding for a consumer device is essentially selling the product. Customers are buying multi-touch, not trackpoints. So therefore it is a tough sell.

maybe someone else could do it better.

Maybe. Maybe the problem is that nobody has figured out how to market or sell the trackpoint product?

My point was that the market viability of either a first party or third party solution greatly depends on market penetration. Are a majority of Framework converts more likely to be Macbook owners who want a repairable machine? Lenovo Thinkpad users? OR perhaps Dell Latitude or HP ProBook users?

Lenovo Thinkpads are direct competitors to the Apple Macbooks. Since the Framework is a response to the four Thunderbolt Macbook, it is competing in the same tier of product, and does draw Lenovo customers. Are these customers just curious, or is there a weakness in the Thinkpad product line compared to the Framework?

Adding a keyboard variation with a trackpoint, either first party or third party, is a natural evolution of the Framework after a certain level of market penetration, and I would not be surprised if it was already on Framework’s roadmap for a future product category. The question is whether or not there may be a strategic value to deploying a trackpoint variation this early?

I mostly just have an “academic” interest in the trackpoint as being viable on the Framework product.

would not be surprised if it was already on Framework’s roadmap for a future product category.

I would be. A trackpoint is a whole nother input cover SKU as you would need to cut holes in the GHB cluster. Even though I would pay a lot for one, I doubt enough would to make it economically feasible.

I mocked this up a while back lol 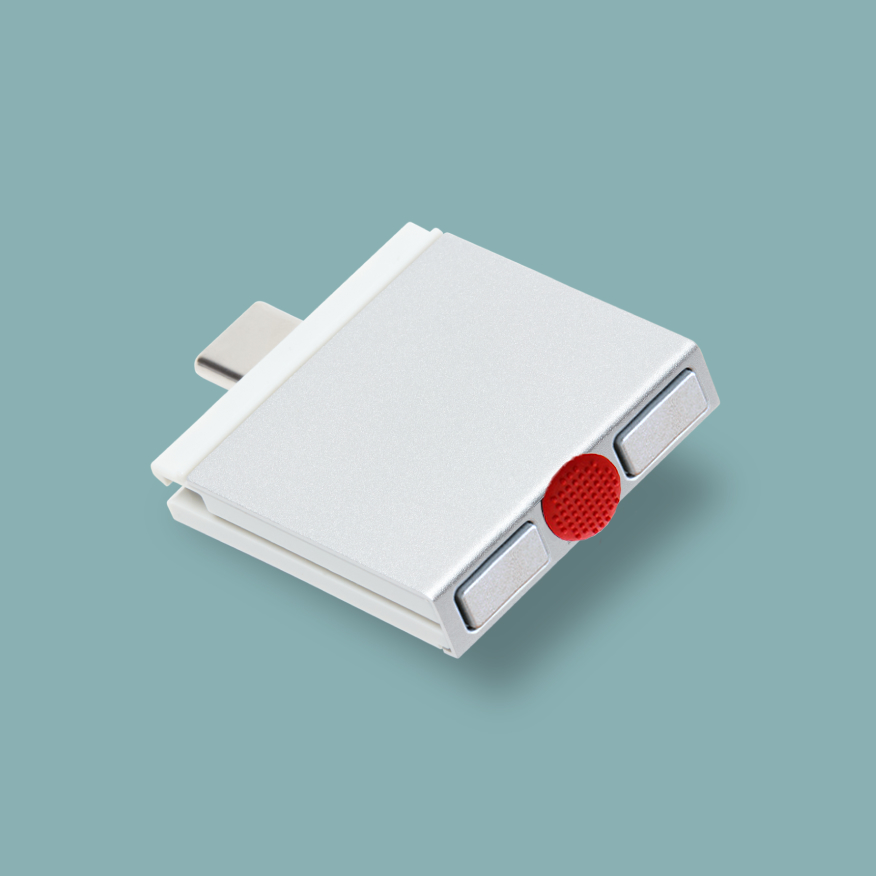 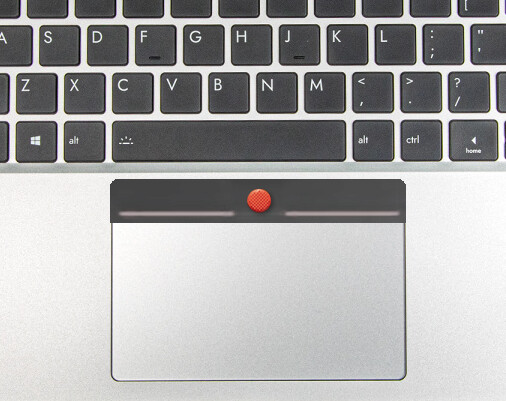 You wouldn’t need a whole new top assembly to replace, and you would still be able to reach it with your thumb while typing.

Interesting idea! And would solve the space concern, but I’m not to sure about using your thumb to control your pointer! You usually use that for clicking with trackpoints!

While that’s a very interesting idea that I haven’t seen before, I don’t think that’s an adequate replacement for having a trackpoint between the G, H, and B buttons. For me, the main benefit of the trackpoint is that it allows me to quickly transition between typing, moving the cursor, and clicking without repositioning my hands.

Just want to add on here, I would certainly buy a framework today if it had a trackpoint. Really what I would want would be the classic x220 keyboard layout. I also own a TEX Shinobi, mentioned elsewhere, and it’s excellent. Unfortunately I can’t justify moving to a laptop without a trackpoint, while laptops with trackpoints still exist.