Display and keyboard not working on brand-new batch 4 laptop

Almost immediately, laptop was mostly not working. A display issue makes it effectively unusable (at least as a laptop, without plugging in to external monitor). Basically, any movement (e.g., picking up laptop) or movement of the hinge (to adjust angle of display) cuts the display to black (50-90% of the time), and more movement only intermittent gets the display back (maybe 20% of time, after a lot of “fiddling”). At least sometimes, it appears that display is not truly off but only the backlight is off (those times there is a very faint image, only visible if I use a strong flashlight <1" from glass to make out what is there).

Again, I’ve had the unit in my possession only ~15 hours at this point–not even a full day. I opened it up a couple of times (last night and this morning) to see what I could, and it looks like the maybe the display cable is somewhat frayed? Maybe factory assembly of laptop (note this was not the DIY edition) was defective and the display cable was mis-routed so it got “pinched” by the left hinge?

At any rate, now the keyboard isn’t working either (though the trackpad is), and laptop is effectively useless in current form. I’ve got two tickets in with support (earlier one for display, now another for the keyboard) but thought I’d post here to see if anyone had any suggestions/thoughts while I wait.

I haven’t had to talk to framework customer support yet, don’t even have mine yet, but from what I’ve heard they take good care of people.

As someone who has tangentially worked with releasing consumer hardware in my day job, if you haven’t already, send them as many high resolution, really well focused pictures of absolutely anything that looks like it could be damaged. I can only imagine they’ll be asking to have you ship it back, but getting a head start on working out any issues that they could have in their process could save them a bunch of time and save others from having the same experience you’re having.

I had a similar issue with my display after taking it out and putting it back in the laptop, and I think it was fixed in my case by reseating the display calbe. Though if it was frayed like you say there is probably some physical damage that call for a replacement panel.

Thanks @azdle and @Nich_Trimble
Good news is I was able to get the keyboard working again (yay!). Maybe that connection had just came loose the previous (two) times I had closed up the laptop again?
Bad news is that the laptop display still isn’t working (although I am writing this from the laptop, using an external monitor). Per @azdle suggestion, I’m attaching some photos of the display connector cord. 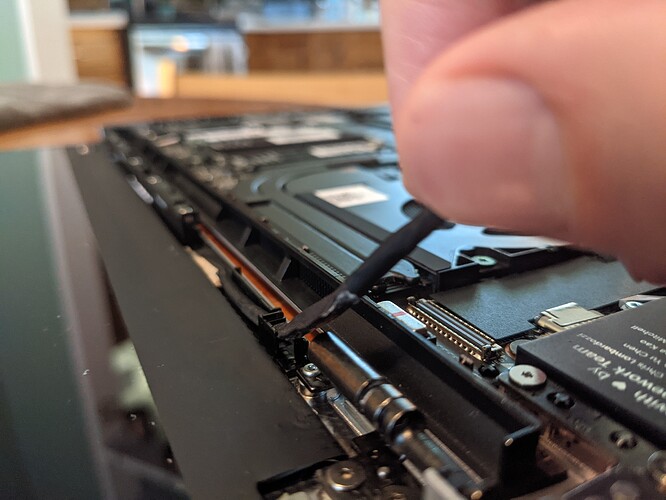 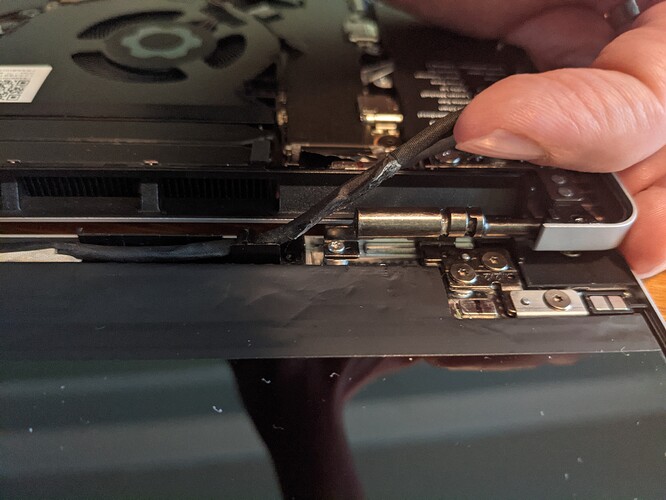 Similar issue over at DIY: Screen going dark when tilting

UPDATE: Got an email from Framework support overnight, sounds like I will be getting a replacement Display Kit.

Excellent! Stuff like this can happen, so no worries there! Awesome you’ll be getting a replacement and it’ll be good as new.

Success! Replacement screen arrived earlier today, and I got it swapped out in ~15 minutes.

Overall, what a great experience that really highlighted the realized (= successful) promise of Framework’s concept.