given prior discussions of external batteries and framework, as well as my previous post about reusing a lenovo keyboard with a framework mainboard, i’m curious if there’s a way to potentially reuse the batteries from that laptop.

Unlike much older laptops i have owned that used 18650 cells internally, the internal and external batteries in my old T580 dont seem to have the dimensions and I suspect may be custom. I’d like to see if its possible to put them in a new enclosure with some circuitry to replace any battery safety/handling stuff that would have happened on the mainboard of the computer and add some simple indicators and/or ports for charging - i.e. USB-C PD.

basic internet research doesnt seem to suggest many similar projects. the closest i could find is a greatscott video which seems pretty close except imagine using the flat style batteries like those in this ifixit guide instead of 18650’s

You can by a commercially available 12V to 24V adapter for a car that provides a PD output and then you can use any battery. 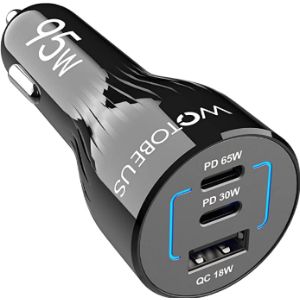 oh you mean something like this? edit: oh that works too.

My idea in the initial post was mainly focussed on adapting the pins of the various batteries to something that can be hooked up to existing off the shelf stuff (like that adapter) for charging and recharging the batteries via USB PD (is PD two way like that?)

ideally it would also be nice to also be able to use multiple batteries (since my old laptop has an internal and external one). Heres a quick block diagram sketch of the idea:

essentially that adapter you found would go at the far right, whereas im mostly thinking of the middle two columns of the diagram (which are the hardest to do and probably require more electrical skill than i have). Once you have the basic parts, integrating them, adapting to USB PD from a stable/safe 12v or whatever, and making enclosures seems like something thats well within the realm of possibility for many more maker types within the community.

Overall the benefit of this could help extend the reusability of Framework devices outside the framework ecosystem by allowing people to not only bring parts (ram, SSD .etc) from old computers, but also save other things like the batteries, screens, speakers, keyboards, .etc) from landfill by allowing them to be used with Framework (or other) devices as things like external batteries, monitors .etc

getting a reasonable “state of charge” stat for all connected batteries is probably gonna be a bigger pain. Honestly this whole thing may be far simpler for someone to do even if the scope is limited to just a single battery per DIY charger enclosure

If the batteries can be recycled, there’s no loss of Lithium which a pain to produce.

The cost of making new batteries is good for the manufacturer.

The cost of the work for me, trying to use older batteries is too time consuming and I have the money to buy a new one.

but I have far more interseting jobs I can do, like cultivating land to harvest food etc.

I can think of a few uses where the batteries could be used in bulk or per to make power banks and large power stations as well and from there voltage and capacity is but the amount of batteries really or size/weight constraints.

I feel like the best way is to design a modular battery holder where you can just slot it into something else and from there you can take several modules and also hot swap modules for extra runtime etc really so many possibilities but in order to make it happen there needs to be an effort towards it plus some time and money to make a prototype and also market feasibility.

Just buy a 12V car charger and connect it to any battery and plug into a USB C port.

people do this by opening the plastic shells and salvaging the cells inside. They’re almost always standard 18650 format cells

@amoun we’re talking about Framework batteries not HP/Dell/Apple etc so that should be easy to provide a standard mount for it if designed properly and can then be sold by Framework. And yes you can do many things but the whole point here is to have something where you remove the battery out of a laptop you plug it into a mount which is designed to be slotted into other things and there you go, power.

@Peter_Schofield Yes 18650s are often salved out of many devices I’ve done it myself.