If you haven't ordered yet, what's holding you back?

As the title suggests. You are interested in Framework, but not yet pulled the trigger.

I am personally waiting for 15" model to be offered.
13" is too small for daily work, 17" would be too big to travel around.

And DDR5 is on the way, which would require main board to support it together with the RAM and all else.

Also, non-reflective screen. If there will be 15" model, but with only glossy option… would have to get creative to overcome that.

Exercise in patience… for a year perhaps.

It not being sold in Europe (Specifically The Netherlands) yet.

I’ll second the “not being sold to Europe” bit. I am mentally married to the german keyboard layout, but even that I’d be willing to sacrifice to be able to take this laptop and then pray to the gods my muscle memory is good enough to not need the german layout signs.

And none of rhe sacrifices made for repairability/upgradebility matter that much to me.

Supporting a more sustainable way ia more important to me.

And potentially moot with the future upgrades in mind.

I’m just waiting on an AMD version, or for alder lake. Tiger lake isn’t really that impressive to me, 4c8t just isn’t worth it imo when alderlake should have that weird big.little architecture.

I know it’s not a gaming laptop, nor do I typically do rendering/editing work, but I can wait another year before upgrading if it means I get more cores for more futureproofing.

Beyond the fact it is not available in Europe, my laptop is still functional (although I expect it to die in the coming year or so of fan failure) and buying a new laptop would be to create e-waste something I believe Framework is trying to limit with their repairability oriented product.

Also, for the moment, I need a GPU and, although I’d love to run the Framework laptop with an eGPU, market GPU prices are still scary…

But when my laptop finally dies, I’ll open it up, salvage the RAM and order a Framework DIY with a bigger NVMe (if I have not upgrade my current one as I’m limited to 256GB) and a Wi-Fi 6 module.

Fair point, the repair guides need to be flipped upside down before you can trust aussies to be able to open 'er up.

I really want one, but honestly I use my laptop pretty much for web browsing and YouTube. My old clunker running linux with an ssd swap can still do that just fine, and gets workable battery life with Linux. I’m really on the fence, I’ve got a preorder for batch 4, but I’m weighing cancelling it. I will need a new laptop eventually, as I’m planning on going back to school at some point, but I don’t really need one need one right now. It’s definitely a “want” thing and I’m on the fence for justifying the cost.

not for sale in this partof the world yet

Not for sale in Europe, no matte screen, no GPU, mainly because I am a game developer.

Main reason: My current laptop isn’t broken enough to justify a replacement yet.
As much as I care about repairability and sustainability, replacing something that still works is not the way.

Secondary reasons: Curious to see what other expansion slots and other components will become available over the next few months, or if certain certifications will be given.

My current laptop isn’t broken enough to justify a replacement yet.
As much as I care about repairability and sustainability, replacing something that still works is not the way.

100% this! If you don’t have a reason to replace it yet, don’t! That’s entirely antithetical to the vision of repairable electronics.

I wonder if End of Year means fiscal year or calendar year for opening more territories.

The needs are really being able to order in Australia, and having a dGPU. If framework said that they are not doing dGPUs for many years because X reason or that they just can’t tell us why because “industry insider info” then we’d make it work with an eGPU I guess, but it would really hinder our work. We’d probably at that point end up waiting until our desktop started dying.

Big wants are 15" (for the same reasons OP said), much higher core counts (min 8 but 12+ would be preferred), DDR5, PCIe gen5 (especially useful for video work), and alternative CPU designs like AMD, RISC-V, and ARM. I do also understand why we don’t have any of these yet, so it’s just a waiting game.

I’m a farmer so I’m hopping for a water,dust resistant version… A Simi easy way to do that is coating the boards with plastic and rubber seals around the usb-c ports. Please note I said water, dust RESISTANT not water, dust PROOF.

I’m in the UK so not available yet, also I like to just wait until the product has been out for a while before jumping in. I like the idea of the configurable laptop, in the past I’ve usually just maxed out the memory on laptops as it used to be a pain or near impossible to upgrade. In general I don’t wait for specific advancements in processors or graphics cards as these things are always being developed and so there is never really an optimal time

I was totally sold until I saw this notebook check review, and one on youtube, citing screen ghosting: 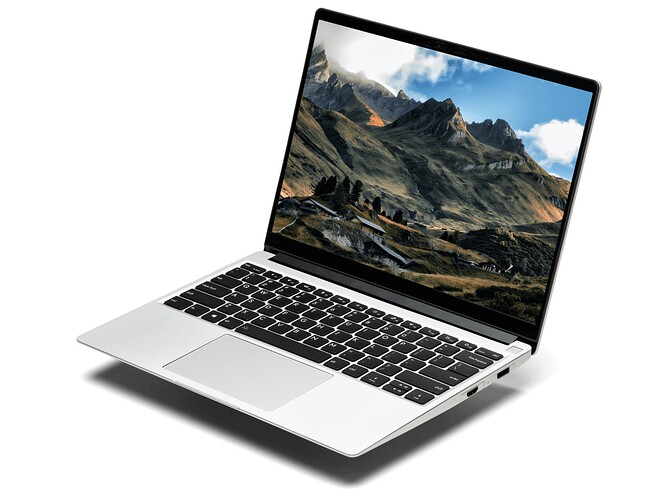 Framework Laptop 13.5 Review: If Microsoft Made A Repairable Surface Laptop,...

Big manufacturers like Microsoft ought to start taking notes. A thin-and-light laptop that is also easy to upgrade and repair can actually work proving that not every component needs to be soldered or integrated. 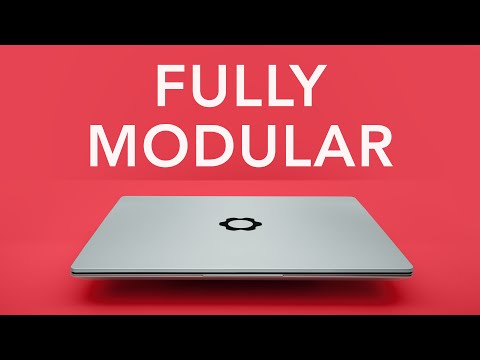 I mostly do text editing/programming but I need to be able to enjoy movies on a laptop if I upgrade. If I will notice ghosting in movies and videos then it is an absolute dealbreaker for me.

I am hoping someone who has the laptop will see this and can give me some feedback on their experience with the screen and its responsiveness.

Just to be clear, I will not be gaming on it.

I am hoping someone who has the laptop will see this and can give me some feedback on their experience with the screen and its responsiveness.

My primary feedback is, it likely depends on your sensitivity to that type of thing. So far me, my girlfriend, and my brother have all tried gaming on it, with different types of games. All of us are gamers and content consumers of our own type, but none of us are extremely sensitive to color accuracy and ghosting:

I played Kerbal Space Program and watched some shows (Band of Brothers). With screens I tend to be distracted by refresh rate, refresh consistency, and image sharpness. I had no issues with my use cases, but I haven’t tried high action shooters yet on the framework, where I’d be most sensitive to ghosting.

My girlfriend played Guild Wars 2 and watched some Gilmore Girls, she tends to be primarily critical of image sharpness. She played esports competitively in college though so she generally knows when her screens aren’t doing what she wants. She had no complaints even in high player count raids with lots of visual clutter flying around the screen. No noticeable ghosting when I watched, but to my eye that genre tends to be less sensitive to visual artifacts simply due to how much crap gets thrown on your screen to obfuscate problems.

My brother played Valorant, and I have no idea what his screen preferences are, but he’s used to playing on a 144hz IPS gaming laptop. No issues reported there.

None of us are particularly sensitive to ghosting, though my gf and I have picked up on it on a few of my monitors. In watching shows with lots of action, I noticed nothing. Certainly not significant enough to have dragged my attention away from the content. I have yet to play any game where I’ve been distracted by screen ghosting either. That’s not to say you won’t, as you may be very distracted by ghosting, but it has not been a problem for either of us 3.