Keep an eye on this - SK Hynix Platinum P41 SSD

The SK Hynix Gold P31 has been so well received by the Framework community I was wondering if anyone was aware that they just introduced a barn-burner PCIe 4.0 SSD, their first, featuring their own in-house state-of-the-art 176 layer 3D TLC flash. 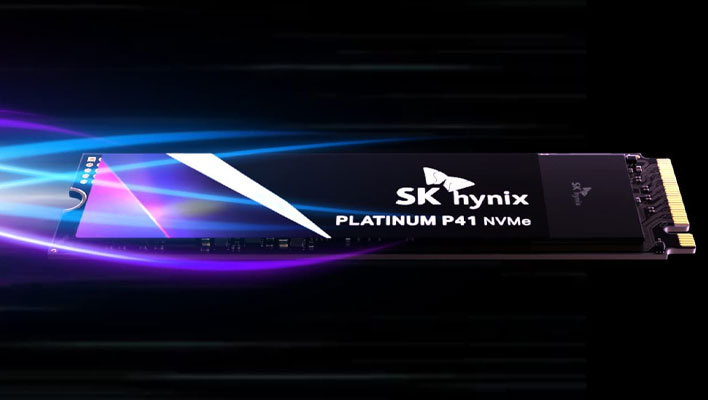 The consumer market's cupboard for high-speed storage is not exactly bare, but it's notable when a major manufacturer of NAND flash memory chips enters the fray. 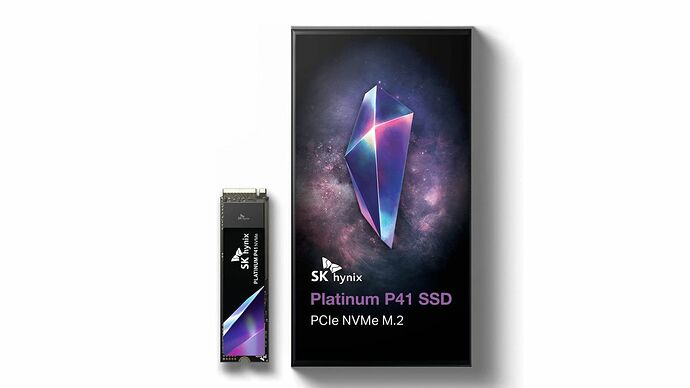 This looks really interesting, the P31 was a surprise in how efficient it was. Now they’ve extended their knowledge and product line with the highest performance they can manage with their latest flash that’s not available to 3rd party manufacturers yet.

I’m waiting for benchmarks to see how it compares to the WD Black SN850. If it excels in every way I might just use it in my new Framework 12th gen mainboard and move my SN850 over to my desktop - or vice versa!

There seem to be no reviews of these showing benchmarks but they should be coming soon. Of note is that these drives are the best on the market in IOPS. That should mean record-breaking numbers in other areas as well.

Since I just pre-ordered yesterday and the P31 was going to be my SSD of choice, I found out about the P41 yesterday as well. I eagerly look forward to seeing how the power-efficiency stacks up to the P31, if it’s comparable, it’s an instant buy from me

The first reviews are in, this looks like the fastest PCIe 4.0 M.2 NVMe SSD ever made… 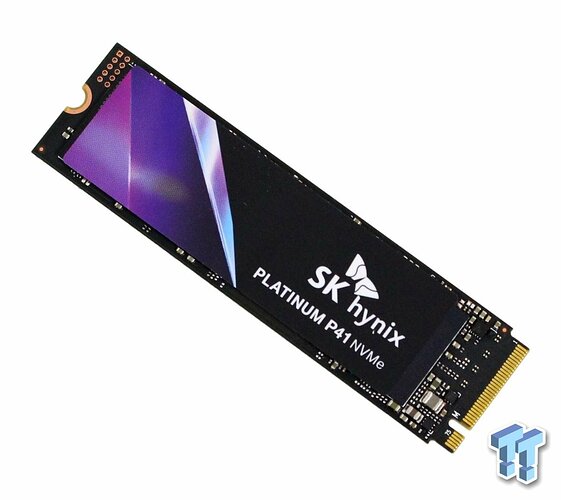 SK hynix may be last to board the PCIe Gen4 NVMe SSD train, but they are doing it better than anyone else to date. Find out why.

The Aries controller proved itself to be cool and efficient with the P31. No temperature tests in this review and no doubt the controller is being pushed harder with the P41, but it’s not the controller doing all the work - the superior flash is playing a big role. So it will probably run cooler than the competition - perfect for the Framework laptop.

I can’t say the review gives me the greatest confidence…they say the put it in an AMD system but the test bench is listed as an Intel system…which is it?

Edit: They don’t touch on the one thing that the P31 was known for - efficiency and that is the biggest thing I’m looking for

A few more reviews are in 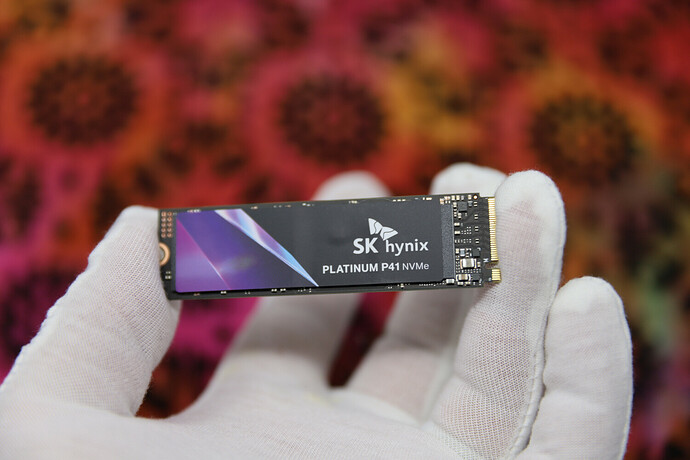 We review the SK hynix Platinum P41 1TB NVMe SSD and see how this new PCIe Gen4 M.2 SSD lives up to the reputation of its P31 predecessor 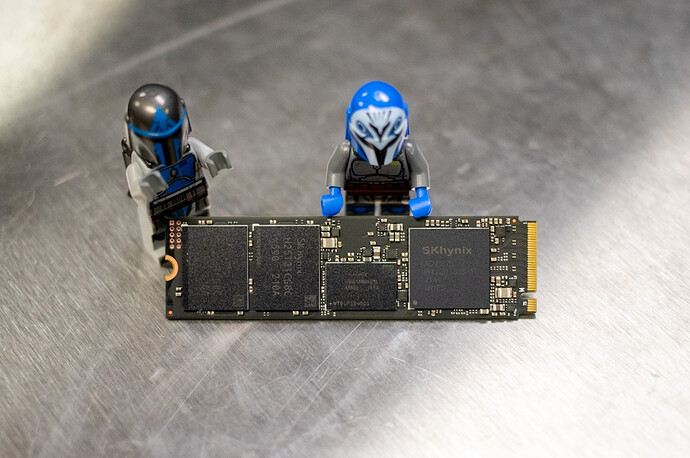 EDIT: Still no power consumption benchmarks which frustrates me immensely but STH does think a small heatsink will serve to keep thermals in check as it took long sustained writes to get to 82C.

Interesting. I originally looked for the P31 aswell but it seems like SK Hynix doesn’t sell in Europe? At least I wasn’t able to find it anywhere without importing it with horrendous fees.
But it’s still interesting to see what is possible in the efficiency market. Just sad that the reviewers don’t seem to test that.

@Hendrik_Warnecke They did for the P31, that’s why its so baffling to me that they haven’t for it’s successor, something STH members noted in comments under the review. If nothing else I’ll buy a P31, it’s not like I truly NEED PCIe Gen 4 speeds for what I do. It’s just a nice to have. The battery life on the other hand, I think everyone appreciates more of that.

The battery life on the other hand, I think everyone appreciates more of that.

Yes, that’s why I wanted to get one aswell. Spend hours and hours into reading reviews and finding a good alternative to the P31 (which was definitly my favorit).
It is a true rabbit hole as there are no fixed standards for tests and as you noted battery life in particular is strangely neglected. And if they include it you often get very different results between different reviews.
I settled on a Samsung 980pro gen4. Seemed to have okay efficiency aswell and was still cheaper then the P31 import. 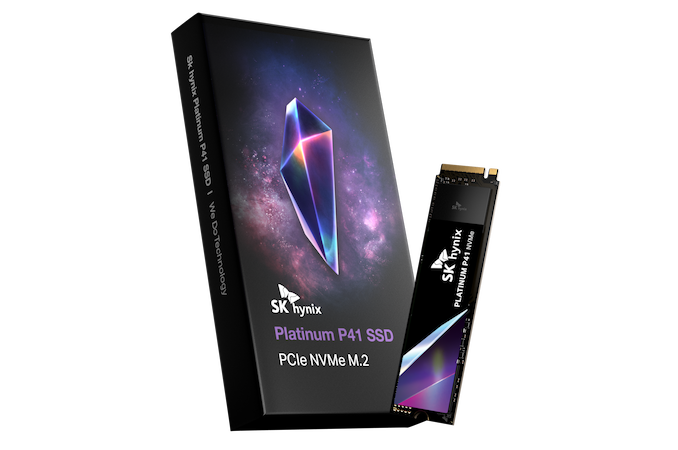 At the top end, the official rating for active power consumption is 7.5W, which is 1.2W more than the P31. Given that we never saw the 1TB P31 reach 6.3W, it’s unlikely that the P41 is going to hit 7.5W either. However the power consumption of SSDs – and particularly SSD controllers – has been going up with the shift to PCIe 4.0, and SK hynix is not immune to that. So it will be very interesting to see where the P41 stands, and if they’re able to maintain their high active power efficiency. Meanwhile the idle and deep sleep power consumption figures remain unchanged at under 50mW and under 5mW respectively.

I’m definitely interested in the P41 as an upgrade (I have a P31 that has been fantastic), but until we know more about the heat situation I’m going to stick with the P31.

@codenomad Not really a review, just covers the announcement. I know the official listed power draw from the previous reviews but I really want a measured power draw. Thanks for giving Anandtech a shout out tho! Those guys do a great job too, their benchmark database is particularly helpful.

Oops, snap, you are right! Sorry!

The P31 not only used PCIe 3.0 which reduced power draw but also used a 4-lane controller design that is generally reserved for budget or DRAM-less designs as it limits available bandwidth for I/O. What was unique about the P31 is whatever black-magic SK Hynix did enabled more than adequate performance despite a 4 lane controller. In contrast, the P41 does use an 8 lane controller at PCIe 4.0. So two different variables have been changed to affect power consumption and not for the better. Admittedly the thermal results do indicate an efficient drive so detailed power consumption figures are required but I guarantee it won’t be anywhere close as efficient as the P31.

Yet another review, still lacking Power Consumption figures but has many useful charts 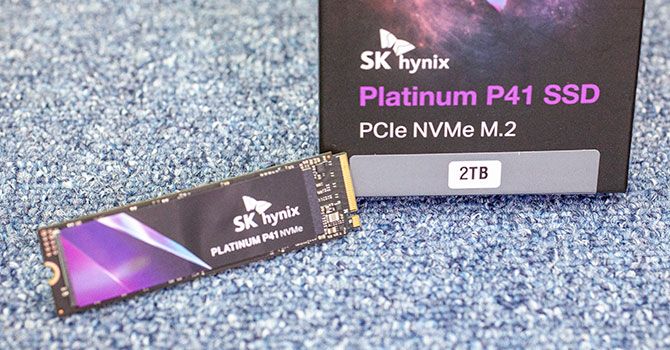 The SK Hynix P41 offers amazing performance thanks to a new PCI-Express 4.0 compatible controller. In our Hynix Platinum P41 review we find that this drive is faster than Samsung 980 Pro and WD Black SN850. Thanks to an energy efficient design, there...

No power consumption figures, but no throttling observed - without airflow or heatsink.

Another review is up but not very detailed 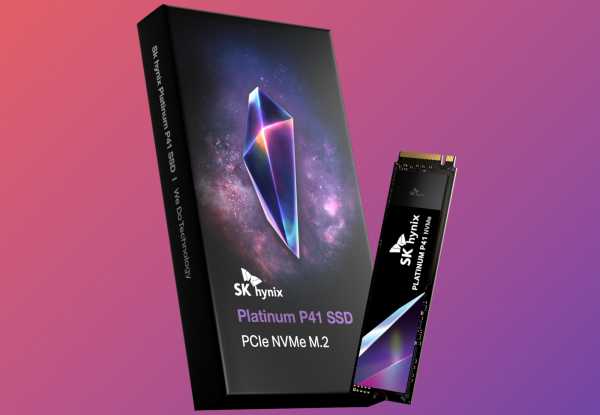 The SK Hynix P41 is a very fast PCIe 4 NVMe SSD that's significantly cheaper than a lot of its peers, at least in the 2TB flavor.

WE FINALLY HAVE EFFICIENCY NUMBERS! Yes! 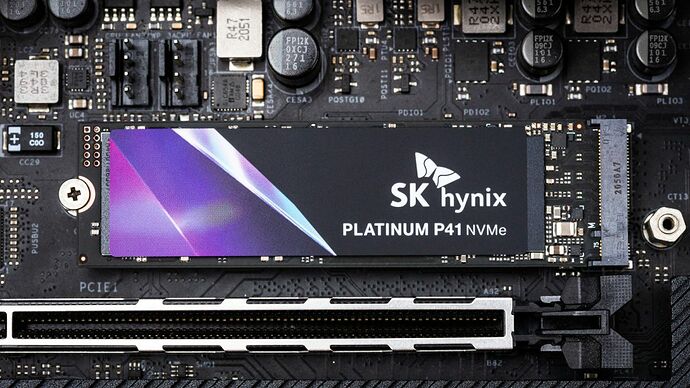 The fitting successor to the popular Gold P31 is finally here

In terms of absolute values, the P31 is lower but the P41 is superior for performance per watt.

"Those wanting to see how the Platinum P41 fares with power efficiency do not have to look any further. Not only does it beat the other PCIe 4.0 drives, it even exceeds the class-leading numbers put up by the Gold P31. The Gold P31 does have lower peak and average power draw, but the Platinum P41 can finish tasks far faster. The Gold P31 also has lower idle power consumption with ASPM/LPM disabled.

Testing power efficiency with more-nuanced tests might produce different results, but many users buy PCIe 4.0 drives for the raw bandwidth. Consumer workloads are generally pretty light and quick, with lots of idle time. Therefore, the value of power efficiency for an SSD is questionable past a certain point; however, we can get some idea with a quick copy test like this. The Platinum P41 is simply the most efficient of the high-end PCIe 4.0 drives to date.

The Platinum P41’s S.M.A.R.T. report shows two throttle points, at 86C for throttle and 87C for critical. In practice, we saw throttling around the 84-86C range as measured by the sensor, which corresponded to a 70-72C range for the NAND. During a write workload, we recorded the surface temperature at about 85C versus 82C reported by the sensor, so reports of the drive throttling by 90C, on FLIR, are accurate. We were able to find some relatively graceful throttling after writing about 420GB.

Consumer NAND flash is usually rated for a 0-70C operating range - the idea that NAND works better at higher temperatures must be taken within context. We do recommend that users equip this drive with a heatsink, if possible. This is especially true if you expect the drive to dwell in a warmer environment."

Small heatsink sounds like it would be perfect and keep drive temps well in check, especially in a thermally constrained environment like a laptop.

This makes sense, it’s the latest (possibly last?) PCIe 4.0 drive developed focusing on speed - further developments are going to be for PCIe 5.0. SK Hynix came very late to the PCIe 4.0 game here. The bus limit was hit a while ago, the only improvements left were how to hit that barrier and stay there longer without throttling (efficiency). The development of DRAM-less drives focused on reducing cost while continuing to maintain performance, there are obviously some compromises.

This drive also has the advantage of the most advanced flash yet developed. And the drive controller has a promising heritage with the P31 - they just had to push it further.

SK Hynix was well aware of the competition, had the advantage of development time and worked to beat them all. I should know, I have a first-generation Sabrent Rocket 4.0. It’s an early PCIe 4.0 drive and it was class-leading at the time. It’s not at the top of the charts anymore, even Sabrent themselves passed it with the second-generation Rocket 4.0 Plus.