Its time for another BIOS update. This BIOS has a number of fixes and a few new features and is required to use the new mainboard with the Tempo audio codec.

We are still working on building a process to support updates to the driver bundle, as our existing validation process involves extensive hardware/software and stress testing which will catch failures in specific versions of the drivers that may be newer than what we are currently shipping with.

Before we make any new Framework builds publicly available one of the most important aspects is to give our community a chance to evaluate the Framework BIOS and driver builds to provide feedback before we roll them out to all Framework users.

This is a really important step where we want to hear the community’s bug reports, suggestions or general feedback on the latest beta releases for Framework’s BIOS/driver bundles.

, but since this is a public beta test there is always a chance you could encounter an unforeseen issue we haven’t caught yet; so please consider updating to these versions only if you are OK with that (and ensuring you have backed up anything essential first).

If you do notice any issues or have feedback please comment in this thread and the Framework team will be reviewing everything here and following up as fast as we can.

Thank you all for working together and helping us improve our releases!

We are still working on implementing LVFS firmware updates.

Admittedly, only been running this for a few minutes but so far so good. Changing the power led to low does now prevent me for being blinded

each time I turn on my laptop.

Thank you @Kieran_Levin and the team.

If I read the release notes right there is no need to update the Windows drivers if you are already using 3.03 drivers and using the Realtek chip, right?

The drivers in 3.03 are outdated. At least the graphics and bt ones so I would install the better driver package @2disbetter

this suggests that there are not driver version updates in this driver bundle.

Oh, I didn’t see that comment in the release notes. Well, for those using the driver bundle, use the Intel driver assistant to update your drivers

Just updated the BIOS and power button dimming works like a charm!

Can confirm that power on without battery works as well.

@Foxboron looks like that TPM2 eventlog issue is fixed?

Can confirm that power on without battery works as well.

Clear evidence that public shaming works after all. /s

Thank you Framework for delivering. I hope we all can take a moment to appreciate their efforts to make this right.

Would it be possible for Framework to provide ISO’s for us to manually copy to USB drives until official LVFS updates are set up?

I already missed out on 3.03, couldn’t install it on my Linux-only Framework even with a Windows To Go drive. 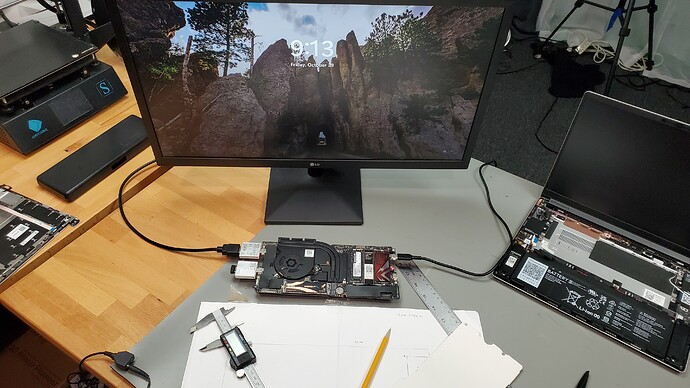 Framework laptop built for linux but still a minority.

I wonder what percentage windows and linux Framework users.

Increase the retry time before enabling PS2 mouse fallback mode. This is to fix/improve cases that have been reported on Fedora where waking from standby causes the touchpad to stop working or fall back to reduced functionality. These were reported as intermittent failures, so if this condition is still experienced it is best to disable PS2 mouse emulation in the BIOS. As a side effect this will increase the touchpad detection time in windows setup or when running without drivers by a few hundred milliseconds.

This sounds related to the workaround I did on Ubuntu 20.04 where I rmmod i2c_hid on suspend and modprobe i2c_hid on resume to avoid the touchpad turning into a potato. Maybe that workaround won’t be needed with this BIOS. Will test.

I’m so excited to see what you do with this! I saw your video on the battery issue when it went live, and your ideas are undoubtedly going to be fruitful with potential.

A question for all is, could this be a good opportunity to buy just a mainboard to use as an independent computer in a 3D-printed case? I have worries that this won’t be sustainable due to the way that a laptop is designed to be used and using it like a PC or Latte would damage it in the long run. Thoughts?

could this be a good opportunity to buy just a mainboard to use as an independent computer in a 3D-printed case?

I will be using 3D printing for prototyping but it’s not a long term solution due to the heat the mainboard generates. Prototypes that are promising will be sent off and machined from aluminum. This isn’t really a cost effective solution for most unless your a builder/Modder and have a passion for it. I will be buying mainboards when available but I don’t see it as hugely cost effective for most unless again my previous justification applies.

even with a Windows To Go drive.

Oh? Please share your experience. I was planning to do exactly that.

Oh, I didn’t see that comment in the release notes. Well, for those using the driver bundle, use the Intel driver assistant to update your drivers

Normally I’d be hesitant to do that, as the way framework has those modules implemented on the mainboard is going to vary from application to application. Hence the drivers they provide could be specific to that implementation. Otherwise, wouldn’t they tell us to just use the ones straight from Intel?

Framework bundles the drivers they’ve extensively tested and confirmed to work, so you can get every part of their eponymous laptop up and running on a clean install, but ‘not the recommended version’ is far from ‘incompatible’. Framework’s laptop is a modder’s dream, and it can be your dream too if you dare to dream it. And troubleshoot it.

So far so good on Windows 11 (22000.282). Both BIOS and driver bundle installed. A cool feature in the future would be the ability to create a custom fan curve in the bios for the cooler. Maybe with safeguards in place so someone can’t purposely cook their CPU. Thanks for the hard work Framework!