Are you keeping your Framework laptop?

Wonder if it’s due to the flip and touch related design (structurally needs to be more robust?).

Shouldn’t matter. 2-in-1 is just a hinge implementation (and more aggressive thermal throttling because hand-held). HP 2-in-1s have socketed RAM.

Shouldn’t matter. 2-in-1 is just a hinge implementation (and more aggressive thermal throttling because hand-held). HP 2-in-1s have socketed RAM.

Guess they’re not trying then. Thinness is overrated…but I do like having DIMM slots, but as a stop gap measure…I don’t see myself using the MSI more than 6 months anyway…something better will come along (hopefully from Framework by then).

Heck yeah I’m keeping it. Batch 5 with hard use: worked on course development in a rainforest in Belize and will be taking it to a cacao farm in Grenada next week. I’ve run Zoom courses on it for a dozen students worldwide (much nicer camera than any laptop I’ve had). I use the beast.

Sure, power management could be better, but I got 6 hours of flight-time reviewing a 250 page PDF and still had nearly 70% battery remaining. I used to hibernate to avoid power loss during suspend, but now I just turn the machine off. It boots in like 5 seconds anyway.

I’ve seen folks grumble about the lack of ports. Maybe they haven’t noticed that you can swap ports in and out as you need them, which I very much do. Usually I run with just a USB-C and some snack drawers; last week I dropped in the HDMI and USB-A for a class.

Only significant problem I had was my hinge. After a bit of noise, Framework sent me a replacement which is far superior to the original. And their customer support has improved a lot since then.

I’ve used ASUS Zenbooks (nice, but the power supplies eventually give out), XPS13 and 15s (last longer, but the displays eventually give out), and my current “other laptop” is a Thinkpad X1 Carbon (really nice, nearly indestructable, ridiculously good customer service, but I also paid a substantial amount for a 5 year onsite repair contract). In the end, the Framework is the most Linux-friendly of all of them. I run Manjaro-Gnome and nearly everything just worked out of the box. Even the fingerprint reader. That honestly never happens.

Are there things Framework still needs to nail down? Absolutely, but they’ve shown that they learn and improve as the go. Ditching my Framework at this point would be short-sighted.

I contemplated about that…and if everything goes to plan, then it’s around the same amount as what I’ve thrown at the Framework’s 11th gen mainboard:

If the next mainboard is another dud (for my use cases…and I understand that I’m not very forgiving when it comes to functional compromises), then the Framework ‘platform’ will continue to be a paperweight on the shelf.

In short, I need to spend some dough anyway in order to get a reliable daily driver at this point in time. (with or without Framework) For reference, my Framework unit came to $2700 CAD+. So, around $800 to save my sanity and excessive cursing for the next 6 months. (The 1185G7 mainboard is currently priced at $1039 CAD + tax…even after discount) 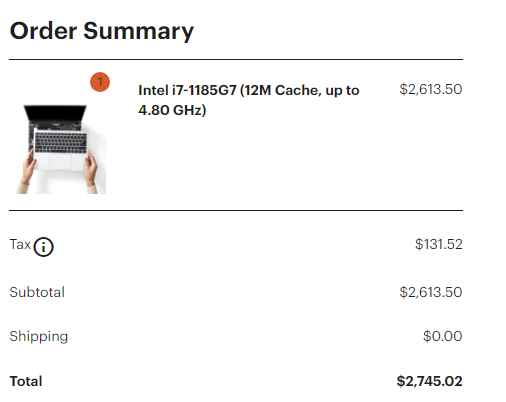 @A_A I have the same concerns as you.

I jumped on the train back in September when reviews started popping up on Youtube.
At first I was quite skeptical since most DYI laptop were/are… not like this one let’s just say.

I was bummed that it was only available in North America but I’m used to it and I planned to get one anyway for Christmas since my laptop was (still is) literally broken.

It fell down while is was setting up a rack and the screw hold that kept together the bezel and the back of the screen broke off.
I kept using it (since the company I worked for had a BYOD philosophy) and then the hinge snapped in half, so now I have to open it carefully not to break my screen in half (or the bezel).

Was it a Framework™ I could have easily repaired it, I even searched for parts but found only the hinge. So I could have replaced the hinge and patched it up with some tape/screw (not the best but functional).

By Christmas I was waiting on the announcement from Framework to open shop in Europe.
Which they did, but only in the northern part.
So either I can wait or as you say, buy a temporary laptop and make the switch later.

My main problems are:

I know the company is doing good so I think it will stay on the market for some time, the series A was quite substantial and with the release of the Marketplace maybe they can rank up the net income.

I like the company and their plans and general ideas but I still have my problems to look for first.
So for now I think I’ll stick with my HAL-9000 and wait and see in order to avoid buying a product that I’ll post on Ebay later.


*The whole point of the expansion cards is “dongle-free workflow”, the majority of people interested in a device like this are going to be tinkerers/IT guys but you don’t publish an Ethernet card… it just feel strange.
I know a lot of the community and framework engineers are working on it but it seems impossible to make it fit and I don’t know why it wasn’t thought before… which is just my uninformed opinion and to honest a dongle is really not the end of the world

I don’t see an ethernet adapter as quite the same issue.

At home an adapter is not an issue as it is just an extension to the ethernet cable, I’m not carrting it around.

And unless you are a travelling IT maintenence engineer I don’t see the requirement carry one.

The USB A, USB C and SD card reader are likely to usefull in many situations, so that seem the way to go, which is what Framwork have provided. OH! and the HDMI option . . .

I’m a month into my usage and I love it. It’s replacing an older refurbished Thinkpad T430, and apart from the future-shock (USB-C! Thunderbolt! Bluetooth that isn’t garbage! Integrated graphics that can DO THINGS!), it’s still held up to my abuse.

It’s comforting to realize that I have full control over my machine, that it’s easy to repair, and that I can source parts reliably. Thanks Framework, you have a happy user.

…I won’t be buying a vPro wireless module again, though…

Keeping both we have. Other family members would be getting Frameworks when they’re up for laptop replacements.

I don’t like a battery drain in sleep and switched off.

Let me explain more about the context.

Framework Laptop with a current battery drain or battery life can be okay with a case of using at home or a predicable low risk travel such as that you buy a flight return ticket and book hotels in advance.

But it’s not okay for me to do a risky travel such as that you continue to buy one way flight ticket from point A to point B each time immediately before flying to another country or city or go to a small city or a developing country where a public transport or electricity is poor, and accidentally you may have to walk 10 km from now as you can not find a vehicle, or may have to live over a night without accommodation. In that cases, a battery life of the laptop affects literally own life, right? Let’s say, you survived one night without accommodation, then you try to book today’s accommodation or ask someone for help by using Framework Laptop, then you notice a battery life of the laptop is zero due to a battery drain. This is a bad scenario. That’s why I am still waiting a improved battery drain, and battery life to be used as a dairy driver.

I want a Framework since the very beginning, but like many others I’m still waiting for it to sell in my country so I’m keeping an eye from time to time on eBay for a deal, and most of the time, there are 1 our 2 for sale, then I noticed an increase on eBay lately witch got me curious.

On one hand there is new hardware out there and some ppl just can’t wait to get it, on the other hand, owning a Framework looks like a way of life, why getting anything else when u can just upgrade it down the road, I guess those who don’t want to keep a framework couldn’t make it work for their needs.

I’m still using a Thinkpad T430 and as Desktop a HP Z420 workstation (10+ year tech), upgraded with everything that could be done to keep then usable.

Nothing in the market checks all the boxes I’m looking for, but Framework is close, I just need some more iGPU power for light gaming, I guess by the time it gets to my country, AMD will be available as an option

I don’t like a battery drain in sleep and switched off.

There shouldn’t be any battery drain in ‘switched off’ so in any of the situaytions you imagine why would you use sleep ???

owning a Framework looks like a way of life,

Sounds like you are a person who’s comapany could be stimulating.

So where are you, clearly outside North America and Europe I imagine.

There shouldn’t be any battery drain in ‘switched off’

But there is, reported, by multiple users. It’s supposed to be fixed in 3.08 (alpha)…but it has yet to be ‘released’.

I haven’t noticed any so better pay more attention in the morning.

There shouldn’t be any battery drain in ‘switched off’ so in any of the situaytions you imagine why would you use sleep ???

Sure? I think a battery drain happens in BIOS 3.07 or earlier. See Battery slowly drains when completely shut down . And it seems it was fixed on 3.08.

Is there something wrong with the 3.08 BIOS? Framework Laptop

you imagine why would you use sleep ???

Because I am lazy to shut down. Sleep is convenient to continue to work even in a short down (spare) times. I want to keep opening terminals and browsers related to developing, reading or writing work. I find down time, then work on it. I find another down time, then work on it again. The down times are such as ones for waiting a food in a restaurant or a cafe, or waiting or getting on a train or airplane.

Will be keeping forever - I currently have an old Thinkpad I use only for banking / mortgage so when this thing is no longer relevant for daily driver at work I have a really good option for a spare machine for that use case.

I have had my framework (diy) for just over 2 months and am very pleased with it, I have had a problem with the camera module but that was quickly resolved by support. So yes I will be keeping my framework laptop for a long time.

Keeping mine. No issues as I’m using Windows and I don’t bother with ‘power saving’ features as I feel they are obsolete in the age of super fast NVMe storage.

The only ‘annoyance’ I have is that Framework could have mentioned to European buyers that they should buy all the expansion cards they need with the initial order as buying any more will be 6+ months away.

I do admit however, it doesn’t feel as ‘throw-about’ as my old Dell Lattitude, but what does?

Framework could have mentioned to European buyers

I’m pretty sure they did say that a market palce would open in Europe one day. maybe you read that as tomorroe or yesterday.

Think they have it now.