Moderators, could you change this thread to wiki? Thanks.

Haha, so it seems after months of me looking at this particular thread (on and off of course), nobody has posted anything yet. I went ahead and installed FreeBSD 13.0-RELEASE, 13.1-RC4, and 14-CURRENT on my Batch 6 (Ordered on November 20, 2021) framework laptop and started documenting what I’ve found. I’ve also reported any new bugs I’ve found as well.

I’m documenting things as I find them here:

FreeBSD on the Framework Laptop |@fearedbliss

Appreciate the updates, as someone struggling to get a stable install, this is all great info!

Np! Glad to be helping in some way haha.

Just want to pipe up and say thanks for your efforts, I’m sure there are more of us.

And btw it is possible to sleep a laptop, though I can’t remember what state S3/S4 it works on my Thinkpad T460… however the wifi can cause it to lock up, it needs a pre-sleep disable / disconnect cmd.

That’s correct, you could sleep the Framework Laptop, but yea you get the crashes upon reboot due to the wifi (Known issue from what I remember reading in some bug reports). I believe there may also be another bug in the graphics that can cause a lock up from my experience…

And no problem. Glad to being doing it. Hopefully it continues to help others get FreeBSD running on this beautiful laptop :).

I ordered gen2 with 1260p on board.
Looking forward to try FreeBSD on it.
@fearedbliss thanks for the article! It will help a lot I think to get the device working.

As for the “Headset via USB Adapter” - it’s been always a problem. You should play with virtual_oss, see Sound - FreeBSD Wiki. It works for me now, but be careful - you can’t unplug sound device in FreeBSD if it’s in-use currently. FreeBSD will stuck. It makes pain sometimes.

The gen2 board looks awesome and I was thinking of the joy it would give me to see 100% cpu load on all cores in htop when using ports (I mostly use packages though)… but I can’t take the risk that even more hardware becomes unsupported on FreeBSD. The gen1 board support has made a lot of progress and I don’t want to risk making it worse. Hopefully one day though, that’s one of the whole reasons that I bought the framework, for the modularity to repair, but also upgrade it.

re: Headset, thanks for that :). I’ll need to try it again and see what happens. It doesn’t really bother me though, I kinda prefer the analog port since it kinda sounds better, but also because it also let’s me free up a USB slot.

I’m documenting things as I find them here:

Yikes, this looks awesome. I was having a lot of headaches trying to understand why FreeBSD current was being so annoying, seems like you’ve found some of the reasons. Dealing with intel-drm-kmod was breaking me. I’ll have to throw it back into one of my SSDs and give it a go again soo, using your notes to help out. Great work!

For now I had ended up trying OpenBSD current and it “just works”, which was not my experience on FreeBSD, but it did come with the caveat of much poorer battery life and running very hot - weirdly enough hot to the touch, but nothing in sysctl hw.sensors actually reads as hot. So for now I had sort of discounted FreeBSD.

But it is nice that, since working inside this laptop is so easy, I can always just yeet Arch from the other NVME drive I have in the shelf and test things out. If it doesn’t work to my liking, the “known good but hot” OpenBSD install is just one quick screwdriver away. 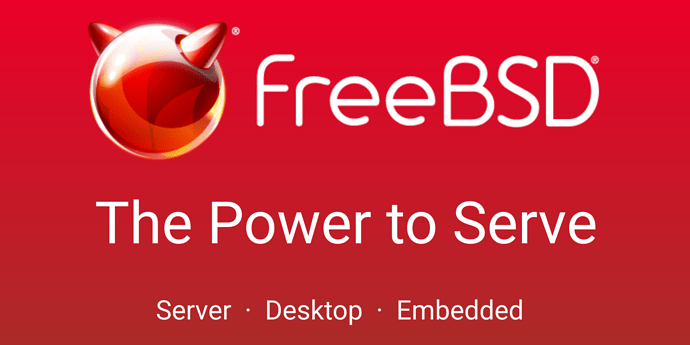 Two Foundation staff members, Ed Maste and Mark Johnston, as well as a few developers and community members now each have access to Framework laptops, which are designed to make hardware upgrades, repairs, and customizations straightforward for the average user. The goal of this work is to ensure that the experience running FreeBSD on the laptops matches the stability that FreeBSD users expect.

Recent improvements and fixes include:

You can follow news about FreeBSD work on the Framework laptop at: Laptops/Framework_Laptop - FreeBSD Wiki.

Ooh this is promising! Thank you very much junaruga for keeping everyone updated on this type of stuff

I really appreciate it!

Ooh this is promising! Thank you very much junaruga for keeping everyone updated on this type of stuff

I really appreciate it!

I wanted to make the information related to Framework searchable. So, when I find something, I post it to this forum relatively soon. Otherwise, it’s difficult to find information on the internet in the future.

@fearedbliss great work and thanks. I’ve purchased the framework around the same time as you and desired only to use a bsd OS… namely freebsd.

Is it time to give up?

@C_Sullivan I’ve switched to the Thinkpad X1 Carbon Gen 7 (on FreeBSD 13.1-STABLE atm). I still have my framework and may use it again in the future). However, I recently released a guide on getting fast and stable wifi on FreeBSD using wifibox. This should help eliminate any crashes related to the current state of the if_iwlwifi driver in FreeBSD (since it’s still experimental and in development). These crashes could be regarding state changes in the card, or it could be crashes that happen upon sleep/resume. That change alone can probably make the framework laptop A LOT more stable and usable. You can find my guide here. Let me know what you think and how it goes.

Good news. I’ve switched back to the Framework Laptop from my Thinkpad X1C7 and have taken my recent findings to try and get the framework laptop working. I’ve finally been successful :D. I rewrote my original post to include the latest info and state of the machine.

Thank you for sharing reports and guide so far! I sooo looking forward to try everything when I get that laptop

I expect many bumps on the road but it will be fun!

plan to use FreeBSD 14-CURRENT on it as my daily driver (work & home).

Do / will you have a blog to share your journey of FreeBSD on the 12th gen Framework laptop?

I wanted to at least contribute to the Framework Laptop page on FreeBSD wiki.

I never blogged so far, but I could do that, it must not be that difficult!

My greatest concern is, will FreeBSD on the Framework accept my Thunderbolt 3 eGPU dock. It’s a Razer Core X Chroma hosting a Radeon RX 6700 XT and having all my other devices connected: