Idea: Combo with full-SD and mini-SD in the same dongle. Mini on top, Full on bottom, for example.

“The other (card insert) side might get away with a simple “clip” or a stud design that prevents it from opening in that direction, or none if the cover is recessed into the case (e.g. preventing easy prying action on a open seam without the use of a flathead or a tool).”

I can provide the model, and you can check if this could be 3D printed ?
I would go for a aluminum housing CNC drilled

@Sapioit
Maybe, as i said before the IC support dual SD cards, but i have to check if all the components fit to the PCB

Your not getting aluminium cnc drilled, it’s probably worth 40 bucks to get it drilled and cleaned up.

I’m curious what bridge chip you selected. I was looking for something to build my own before I saw this thread. I was looking at the Prolific PL2731 or the Realtek RTS5307, but one or both are EOL and hard to source from the normal suppliers. In the end I was considering the Cypress CYUSB3025.

Yes the Cypress CYUSB3025, it is available and in production, and the documentation is available, also there are some FW examples that can be reused.

I have experience with cypress FX3 and CX3 HW design, and SD3 is similar.

How do you mean that? Do you have an example? 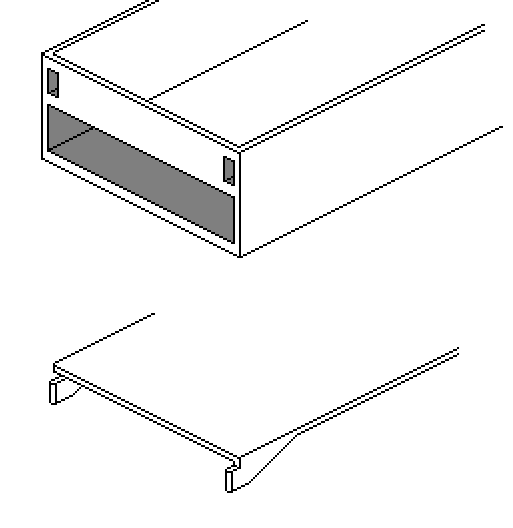 The top image is what I will call a “base”. You have the hollowed out case, and you would put your PCB in. You have a big slot for the SD card, and you make two tiny slots.
The bottom image is what I will call a “cover”. You have the two “tabs” that stick out, which will go into the tiny slots in the above picture. The cover is installed with the “tabs” first lining up with the “slots” first going in, then “closing” the cover and fix it at the other end with two screws.

So the far end is fixed with screws and this end is secured using the tabs. Note that the lid might still “wobble”, but because the tab is preventing it from lifting off, it is secured in place.

If there is not enough room for making separate slots, you can make two little notch in the card opening itself and the two “tabs” will go in there.

What exactly do you mean by PCIe card reader?

By PCIe card reader I mean a card reader that interfaces with the system via PCIe, rather than USB.
Something like this 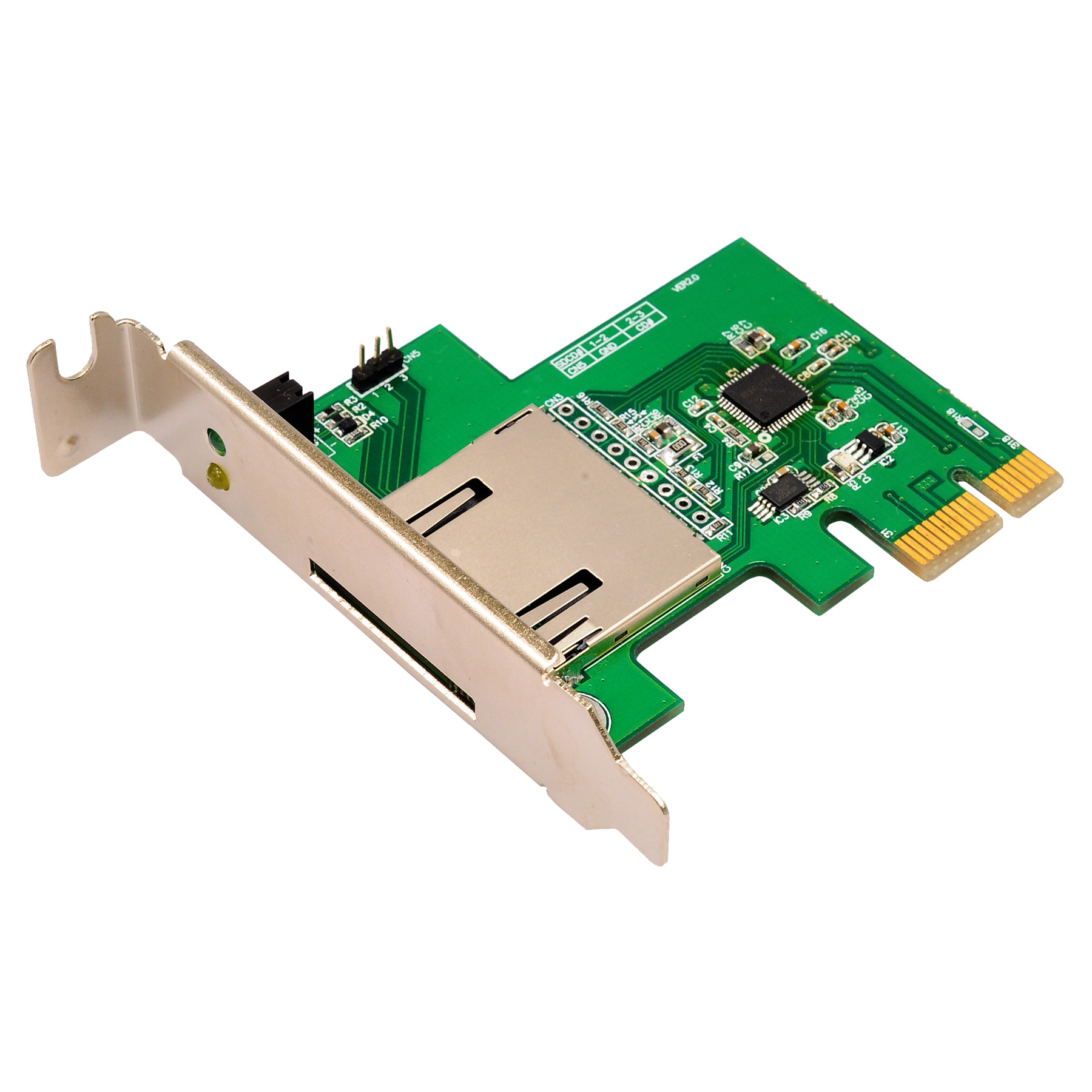 or this thingy from walmart
However because we are interfacing with Thunderbolt instead of raw PCIe from the bus, I think this will be quite difficult to pull off, and a Thunderbolt card reader is quite a bit overkill.

Having to go to PCIe from TB4 is challenging considering the bridge chips are 20-30 dollars. Not even considering manufacturing costs as they use BGA.

I wonder if chopping the cable off this and putting the male USB-C connector directly on the board (depending how thick the controller is under the SD slot) would allow a fairly straightforward conversion? 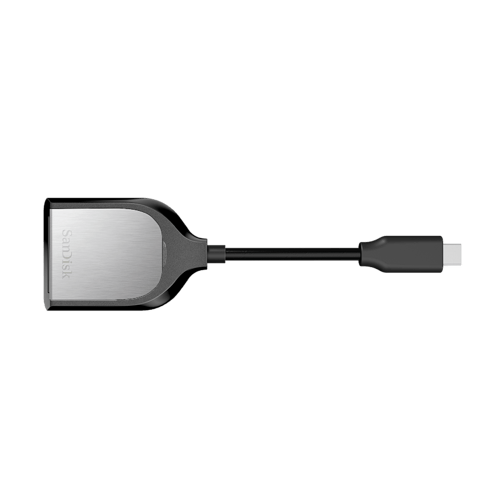 A super-fast SD card reader with a USB-C connector, the SanDisk Extreme PRO® SD UHS-II Card USB-C Reader/Writer works with UHS-II cards and is backwards-compatible with other SD cards.3 It features a flexible design that won’t block your other ports...

I don’t know. But Dell 9360/9350 actually have a PCIe SD card reader with … yeah. not unworldy speeds (something like 500MB/s)
Check this from NotebookCheck.net
It will, however, allow some niche like SD card boot (since it’s not interfaced with any USB anyway)

Hi, just wondering if there are any updates on this or what the roadmap looks like. I’m 100% okay with waiting however long it takes, I’m just curious to know how it’s going.

I can help if needed or just complete it on my own.

Hi All, sorry for late update, i’m building this in my free time and i had to sort out some personal things, nevertheless here’s an update:

→ for firs prototype i decided to go with VUB300 because it don’t require any custom FW development like the Cypress CYUSB3025-BZXI.
→ the down side is the VUB300 is only per SDIO spec 2.0 and USB2, while the CYUSB3025-BZXI is SDIO spec 3.0 and USB3 ( i need to figure out how to modify sample of the FW for CYUSB3025-BZXI in order to get this working)

→ i would like to measure them in real, i found something similar in ebay and waiting to arrive.
→ or i need to find some one in china to get the samples to their address, and then post me via standard mail.

@Xavier_Jiang
as Josh_cook sad you need a TB controller to get the PCIe lanes.
We could use TB3 IC that is cheaper, consumes less and is smaller than TB4 IC, because TB4 comes only in DUAL/QUAD config while the TB3 is also in SINGLE config
Thunderbolt™ 3 Controllers Product Specifications (intel.com)
Like JHL6240 ( the question is how to get the documentation to design it in)

Other thing is does it have to support standard Sd cads( then probably we need additional PCIe->SDIO bridge) or only PCIe sd cards like SD_HC_I_Express? ( i have to look in to that how that actually works)

@Josh_Cook
if you like you can review the schematic

Do you understand the USB spec? You need a 4.7k ohm resistor on CC1

UFP needs 5.1k pull down resistor on booth CC pins to get recognized

Please can you point out where and why 4.7k is used?

Alright you win, but it only requires one 5.1k if you are using USB 2 and as a plug not a receptacle.

And they are still missing.

Hi Josh, i’m not here to compete, i would like rather work together.

If i got it right my expansion card is a UFP device, so it has to present 5.1k on CC ( i can only use A5 pin - because the expansion card can’t be rotated) pin in order that the DFP or DRP device ( in this case framework laptop) supplies 5V to UFP per Type-C spec. And i have to ensure that i don’t draw more current than 0.5A because i’m an USB2.0 device and default is 500mA. If i’m an UFP it doesn’t matter if i use plug or receptacle connector.

as Josh_cook sad you need a TB controller to get the PCIe lanes.

We could use TB3 IC that is cheaper, consumes less and is smaller than TB4 IC, because TB4 comes only in DUAL/QUAD config while the TB3 is also in SINGLE config

To be fair, even the TB3 SINGLE IC is very expensive ($150) as the Intel evaluation board and other cheap Thunderbolt to PCIe bridge shows. It is also a very large footprint and you wont fit it inside a expansion unit. Unless you opt for things like 6-layer PCB (which will furthermore drive up the cost)

That would be a good question to ask.
Personally I don’t own any SDIO equipment, but I know there are things like SD-card sized WLAN card and some more exotic ones like SD card-to-SATA adapters. Which uses SDIO and probably wont work without said fancy PCIe SD chip.
I think a single physical chip will be able to handle both. Some Realtek stuff …

But really. I think that if you actually own any SDIO equipment, you won’t be choosing Framework for such limited legacy support and is probably still rocking a 5th or 6th gen Intel.

A bit unrelated, but as a temporary workaround I have put together my own DIY SD card reader that fits in the expansion card bay.

I found an SD card reader that fits Creators & Developers