Is there any upcoming Framework product? Framework will soon complete 3 years

Why is there no confirm update about any upcoming Framework product? Yes they are working on Framework Laptops to make it better and better but Framework is gonna complete 3 years soon. 3 years with such success and public support, still there is not a single new product launch. I know I am slightly being critical here but I love framework. Being from India I am waiting since first reveal to buy a framework laptop but there is no real update about asian launch. I wish they launch a 2in1 Framework Laptop. Although my dream is to see a Framework Phone. I know that’s not gonna happen anytime soon but I wish and hope they launch their second product soon before completing 3 years. I hope something spicy is on the way. Also when I try to tag Creaters and Devs, it throws me back to homescreen for some reason. #framework-laptop

Although this could be seen as an annoyance to some people it also makes sure the company can’t overpromise / underdeliver. - Even merch wasn’t announced to be coming until it was actually available to be bought.

Although the company was founded in Jan 2020 the first laptop only started shipping 14 months ago and they have issued a new version after a year, 2 months ago, and you want more?

still there is not a single new product launch

It may not be the “product” that you want, but @amoun is right, Framework has released the 12th gen mainboards, CNC milled top cover, 4kg hinges, Ethernet expansion card, not to mention their continued support updating the firmware of the 11th gen mainboard and work to release their laptops in more regions. Framework has had a lot of big releases in the last year, and have kept busy continuing to support past products. As a company that is dedicated to sustainability and reusability, constantly releasing big new products that aren’t compatible with previous ones is probably not their highest priority. Like @Cheese said in a previous post in this thread, Framework doesn’t usually make announcements about new products until they are just about ready to start shipping, so if they are working on a 2-in-1 or a smartphone, the announcement will come eventually, but if it isn’t ready to go, they won’t be telling us about it.

Even the name of the supposedly newly hired firmware developer has not been released yet. I guess knowing who that person is could be a giveaway as to what’s on the product roadmap.

Even the name of the supposedly newly hired firmware developer has not been released yet. I guess knowing who that person is could be a giveaway as to what’s on the product roadmap.

I didn’t hear about this! Very exciting! Here’s hoping it’s Coreboot or related.

I didn’t hear about this

Yeah, it was mentioned over here:

The two Firmware Engineer roles have been filled? Framework Laptop

I no longer see the firmware engineer roles on the hiring page. Have those been filled?

@Cheese I know but it’s been a while. Atleast they can give a sneak peak of what they are actually doing. @amoun ofcourse being Framework fan I expect more from them. I am not being critical it’s just what we need. I mean I am waiting since a long to see them in my country. I hope it happens soon.

@Azure I know but it’s not 100% true. In one of the interview. NP(Founder&CEO) have mentioned that they are planning some new product and we will see it soon. So my expectations are not from nowhere. Also he said that their first I dea was not about a Laptop but probably they wanted a phone but they knew it’s not that easy so starting with a laptop is best idea. Maybe I am speculating but if u watch all videos which have CEO. U will see some hints of a new and different product. One can’t keep people excited if they are just releasing update to their first product instead of bringing something new. So I think they are working on something new just not telling us this soon.

In one of the interview. NP(Founder&CEO)

Maybe you can provide a link to support you statement

NP(Founder&CEO) have mentioned that they are planning some new product and we will see it soon.

I haven’t seen this news before, so I wasn’t aware they were talking about a new product officially.

I was aware that their first plan was to do a phone, but I still think they’re pretty far from that goal being a possibility. The team has pretty clearly been working on the 12th gen mainboard and getting sales setup in as many new regions as they can. Maybe they’ve also been working on a phone too, but we haven’t seen any recent teasers that would lead me to think this is something they are currently working on.

One can’t keep people excited if they are just releasing update to their first product instead of bringing something new. So I think they are working on something new just not telling us this soon.

I would say that Framework did a pretty good job getting the media refocused on them with the 12th gen launch, I saw a lot of reviewers cover the fact that you can upgrade, which also told people that they could also buy the new CPUs if they didn’t already have the laptop. But I think your second point here is what a lot of the replies are trying to say, Even if Framework has something new in the works, they will let us know when they are ready to let us know. Coming onto a user forum and asking why there haven’t been any updates on new products is just going to lead to a lot of users telling you the same answer.

@amoun I mean, a phone or something equally distinct from the laptops already in production would likely be developed in parallel with minimal overlap between teams, so (if such a separate team existed and if timelines lined up) it’s feasible that a separate product like a phone could’ve been “announce-able” literally on the same day as another significant release like the 12th gen mainboards - I wouldn’t expect a company this size to deliberately time two projects like that, and I’d expect them to stagger the launches even if they could launch simultaneously, but my point is that a laptop release two months ago doesn’t mean a separate team isn’t more than two months into a separate thing.
Right now is perhaps the least weird time in Framework’s history for them to suddenly launch something different like a phone, although a phone in particular is something I doubt they’ve had more than like one person working on for more than a few months. If Framework has any interest in a producing a phone, I’d be extremely surprised if they announce a phone this year or next year - maybe if they start announcing products a little earlier in the development cycle (which wouldn’t be a super weird change now that they’ve proven themselves), they announce a phone in Q4 for a 2024 release - but that’s assuming they’re even interested in doing a phone next. I imagine it’s a much riskier venture, even now with all this great work behind them, than the laptops were.

Not exactly a new hardware product, but together with the software probably can count for a “new product”: 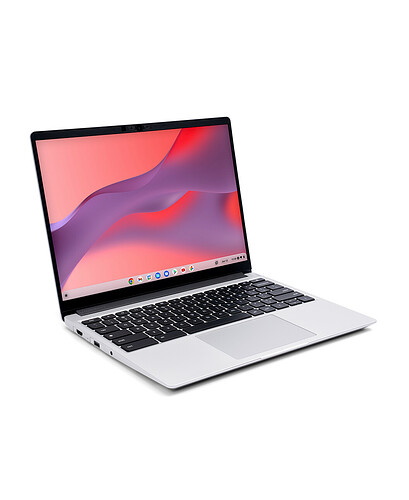 A thin, light, high-performance laptop with a 12th Gen Intel® Core™ processor with the ability to upgrade, customize, and repair if you need to.

Since they put out the chrome book edition, I think it will be a while more: 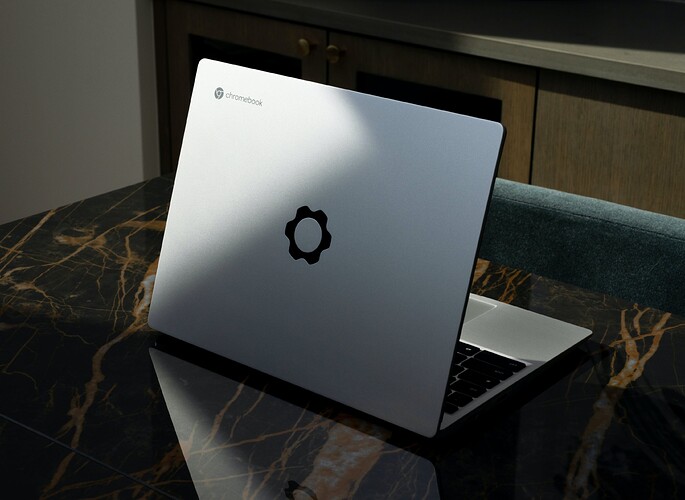 The Framework Laptop Chromebook Edition is now available for pre-ordering with shipments starting in early December.

For my personal part the lack of ISO Nordic Layout is a big hurdle, and i would guess that missing keyboard layout is a NO-NO for many people. Though i espect this to be solved the coming year.

If there is anything i want it is, selling kits of screws for the laptop and more keyboard layouts.

In the coming years i would like to see an AMD-version mainboard and maybe even a RISK-V or ARM.

The Fairphone is the mobile phone version of the Framework, atleast in terms of repairability.

Anyhow Framework probably will and should develop around it’s chassi so it’s becomes a own standard in it self.

Something i would love is that if you could buy a mechanical keyboard that you could just insert the Framework motherbord and plug it into a display and then you have a powerful x86 “raspberry” pi 400 keyboard computer… and hacking your way in the CIAs mainframe.