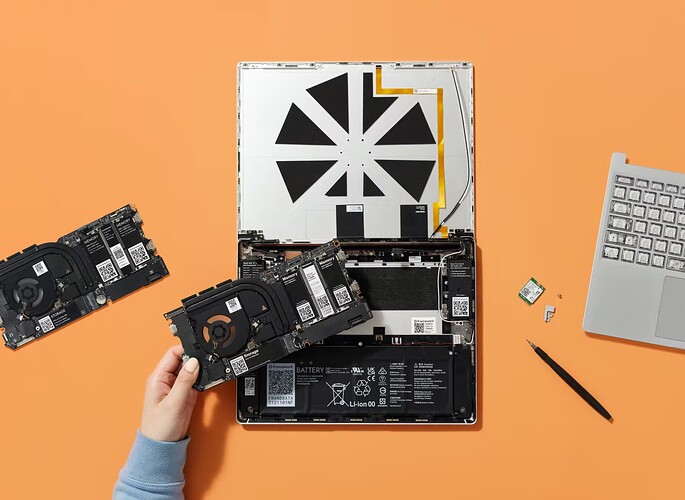 Almost exactly a year ago, we shipped the first Framework Laptop out with a promise of upgradeability. Today, we’re excited to live up to that promise by starting Batch 1 shipments of the Framework Laptop (12th Gen Intel® Core™) and opening ordering on Mainboards and Upgrade Kits!

Over the last few weeks, we sent systems and Upgrade Kits to journalists across the tech industry, and they have started sharing their reviews. We’re thrilled to see the feedback on the improvements we’ve made along with the overall philosophy of being able to fully upgrade a thin and light notebook, module by module. Check out some of the highlights below, and we will continue to post on our social media channels as more go live.

“If repairing and upgrading your laptop is your highest priority, it’s hard to recommend anything above the Framework Laptop.”

“Being able to easily swap out processors feels almost magical, and it’s only the beginning.”

"[Framework] not only delivers on the promise of a modular, repairable, and upgradeable laptop, but also one that’s lightweight and durable, offers strong performance, and is generally a pleasure to use." 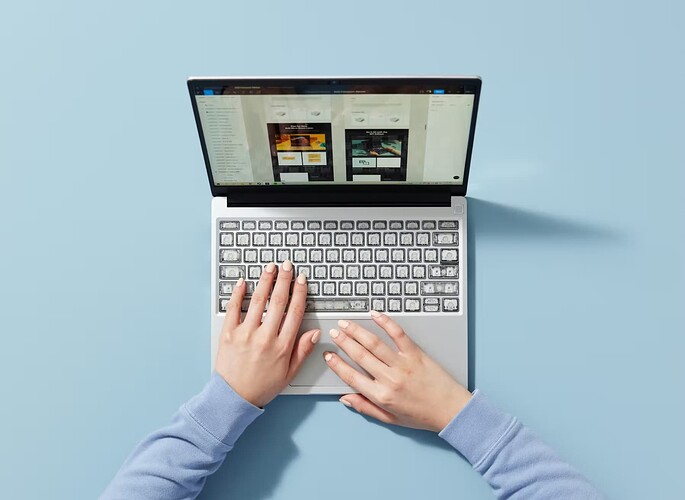 Pre-orders are currently open, with some configurations of Framework Laptop (12th Gen Intel® Core™) still available for August shipment. If you need a laptop right away, we also have a small quantity of the original Framework Laptop (11th Gen Intel Core) available at a reduced price that you can purchase now and upgrade whenever you’d like. Thank you all for believing in this mission and the products that deliver on it!

(selling stuff on eBay as fast as I can)

I wasn’t expecting the mainboards to come into stock so soon!

Looking at the reviews, they seem to say battery life is a concern/low…but I don’t think it really is when you adjust the TDP / boosting behaviour.

For one, the 12th gen, on paper, almost seems like it’s twice as fast for just 2W more TDP. e.g 28W vs 30W, and scoring almost twice as much on the 12th gen in synthetic benchmarks.

Meaning, if I were to lower the TDP to say, 15W on the 12th gen, it could in theory give me the same performance as the 11th gen equivalent tier chip…which translates to potentially 60% more runtime (other components like RAM, display, SSD, wifi uses power as well…so it’s not a pure 100% battery life extension…but more like 60%…guestimating).

Can someone test out this theory when they get their hands on one?

I expect that in Linux you’d be able to tune per E and P cores TDP, frequency scaling, and other governance pieces. And with processor core affinity, I could park some background processes and / or less demanding apps to E cores.

I don’t really think the Framework has poor battery life…because it allows you a high boost and a high sustained TDP. Other laptops with longer runtime either have larger battery (larger form factor / footprint) and / or lower TDP (slower system). Framework give you the most sustainable performance that the processor generation allows…and allows us to tune it to our needs, should we know how.

That’s a plus in my book.

which translates to potentially 60%

Most tasks are single threaded. There for a lot of speed you feel is when your javadcript single thread is done and your web page is interactive. The more you push frequency the more power exponentially…thus the turboboost thing…
Also I hope that having big and small cores lets you deacrivate turboboost with acceptable performances… The idea is using a big core for big load instead of pushing absmaller past the 2.4ghz where it sucks a lot of power…
Now alla reviews of 12th gen state bad batterie, so no one manag d to deliver this promise…samsung dell asus .
I am prety sure the tinkerers on this forum will push it, to find how to get 5hours at least…maybe with upcoming linux kernels. Possibly the software themselfs in user space will need to update to play well with this… Like having a chrome browser that knows about ecores…

Notebookcheck also has their review of the 12th gen version up. 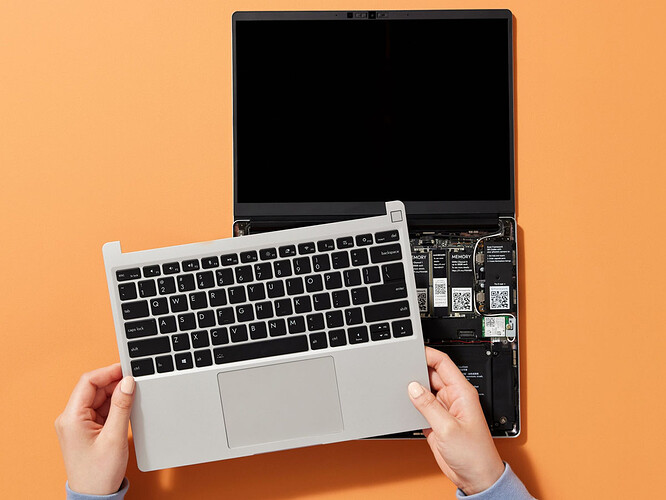 When the original Framework Laptop launched last year, one of its key promises was the ability for owners to upgrade to newer processors with just a simple swap of the motherboard. The manufacturer is standing firm on its claims with the 2022...

Notebookcheck also has their review of the 12th gen version up.

Nice! Looks like they’ve fixed the missing sections that we first saw yesterday.

Does Windows fingerprint the entire computer, or just the storage device? Just wondering if upgrading my CPU to gen 12 will require a new Windows license.

if upgrading my CPU to gen 12 will require a new Windows license.

what’s the new “top” - is that the keyboard & mouse? no where explains why you need it.

what’s the new “top” - is that the keyboard & mouse? no where explains why you need it.

“switched from an aluminum forming process to a full CNC process on the Top Cover, substantially improving rigidity.”

I found the linus tech video which seemed to suggest it was for screen, not the keyboard and mouse.
From some general comments on other videos, there was an issue with the old one being flexible.
Literally none of that was explained hence having no clue.