AMD Ryzen-based alternative? We have a challenger 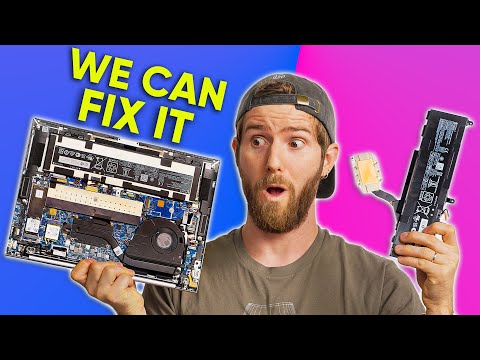 It’s honestly so cool to see HP step up to the plate and show off their repairability like this. It’s true that they were already one of the better companies for repairability before Framework, and this seems to be one of their business class laptops, so those were already a bit better than their consumer grade laptops to be kind to business IT departments, but hopefully this isn’t a one-off thing and HP really is trying to challenge Framework in the rapairable laptop market!

Worth noting is that every time I’ve checked, lead times for this model are perpetually 2mo+. Currently, clicking into the configurator gives you a shipping time of “1/17/2023”, that’s 2.5mo away.

Also, I’d stay away if you’re a Linux user, HP continues their tradition of breaking things and offering zero f’s for support.

I considered getting the Elitebook 845 G9, but a number of items stopped me. 1) If I was going to go with a big three laptop is was going to be a Thinkpad as I have used them for years, and they are very easy to maintain and repair. 2) HP QA is garbage. Once upon a time I really liked their product but when I burned through three laptops in 7 years, primarily because they just did not last I said goodbye. 3) HP Bios is a locked down mess. Their Linux support if non existent, basically a big middle finger to anyone running into issues. Also if you started without issues don’t expect it to remain so. They can and will break shit, and give zero f’s about it. 4) I am not going to be able to take an Elitebook 845 G12 motherboard and put it in the G9 frame.

Sometimes I don’t think people realize how big a deal access to the Embedded Controller is. It really, really is. Also how important the longterm upgradeability is. The commitment to keep the design as is, and work around those limitations in the interest of providing a much more environmentally sound product is also something HP will never do.

I actually found the design ideas maybe something future Framework laptops can do to pack more into the same space (I think).

Dell, Lenovo were already there just that unlike the HP one, the specs on those machines were kinda poor and they were heavier and expensive. I guess you are paying for warranty and other services.

My annoyance with HP was the aluminium frame is really thin and dents and bends easily. I had some minor shorting with the USB-C charging port of my work 840 G6 too. I haven’t looked at the BIOS though.

I kinda liked the HP Envy/Spectre model but they were less repairable than Framework though.

I guess their imperative is still businesses (which have larger wallets) first though.

Regarding AMD processors, there’s a question of silicon allocation, which Framework is probably too small for AMD to even care and considering AMD’s documentation although being better than NVIDIA, is still nowhere as open as Intel, which I assume might have issues with the design of the mainboard and embedded controller.

Hm, that was my first choice, but as I got no answer on my questions (repairebility!), I bought the frame.work (with intel :-()

It’s unfortunate that the business AMD models are locked to the 660M as opposed to the 680M…
I dunno about the upgradeability. On the page it actually says battery is not user-serviceable haha…

I’d say the more the merrier! And it is amazing to see mainstream large companies even offer this publicly. I’d like to say “Thanks Frame.work” for pushing the envelope.

This HP laptop reminded me of the older Thinkpads (Hackpads?), though I have not had a good experience with HP itself in the last dozen years.

Not even Close to Framework, But atleast an AMD repairable.

Louis Rossmann has a follow-up on this: 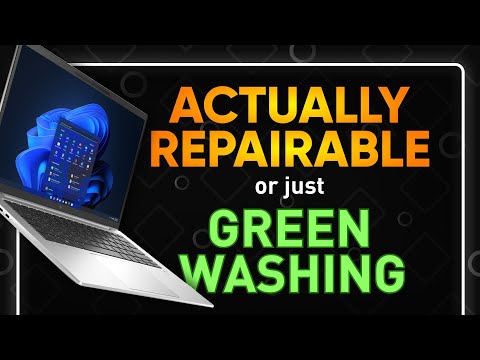 I just saw this from a youtube video here: 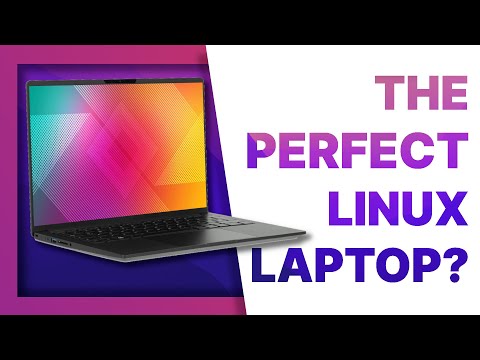 Not AMD but wow.

Just an FYI for those looking at this, the Tuxedo InfinityBook Pro 14 Gen7 is basically a variant of the Tong Fang/Uniwill ID4H1 w/ an extended battery. Tuxedo’s parent company Schenker has a non-Linux version of the laptop, the Schenker Vision 14 (<–announcement post with a lot of info). The Slimbook Executive 14 and 16 are similar models (same chassis).

I think if you don’t care as much about repairability, the specs on these laptops are pretty great - high refresh display, more ports, and of course the 99Wh battery means you’ll get all-day usage in most light loads even with the power-guzzling Intel H chip.

One interesting note w/ The Linux Experiment’s Geekbench scores though is that my 1260P Framework manage to get +8% single core and +15% multi-core numbers than what he got w/ the 12700H Tuxedo. Not sure what’s up w/ that.

I think for a lot of potential customers, the biggest weakness is that these laptops are only available from EU companies and don’t have ANSI US keyboard options. For me, the most disappointing thing has been the lack of basically any in-depth reviews online since launch (and nowhere near as active technical user community like here). As a result, things like suspend/resume reliability, long-term battery life/battery testing, BIOS/EC issues, other Linux niggles just don’t seem to get covered anywhere…