I’ve been working on an ethernet module design that is almost complete.
Using a pre built board I created a module that I had professionally printed. It’s not quite complete as it was only a prototype. I plan on extending the front and creating a lid and cap for the module. It does however, work very well. It may be a little too deep but I’m not sure I can remove anything from the bottom as it’s only about 1mm thick. 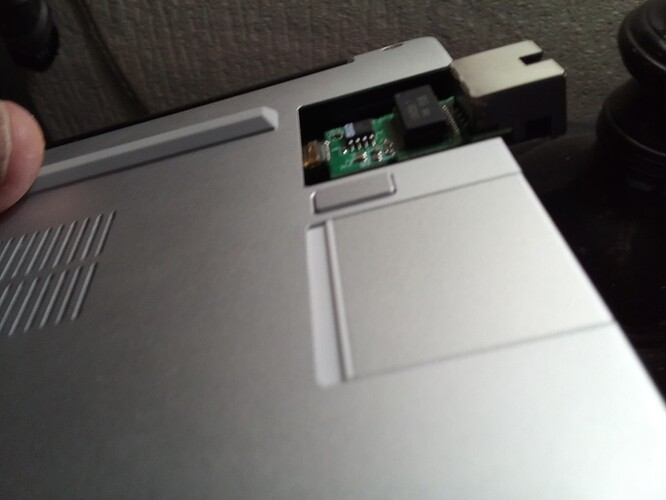 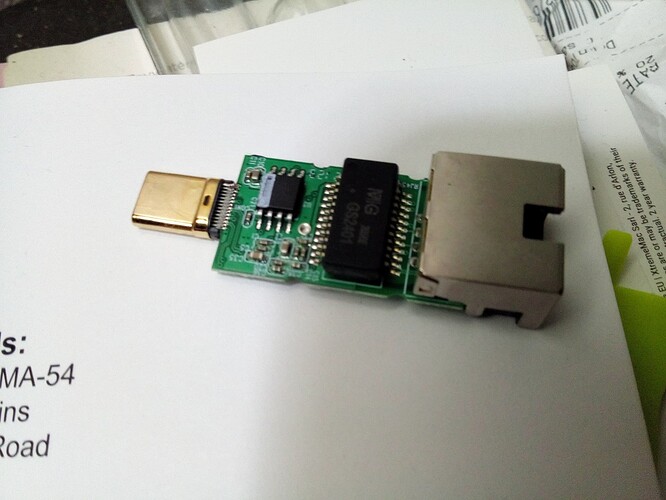 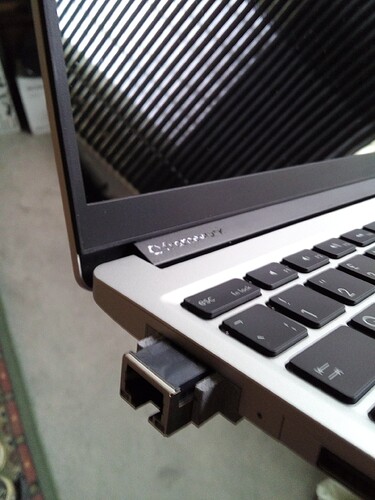 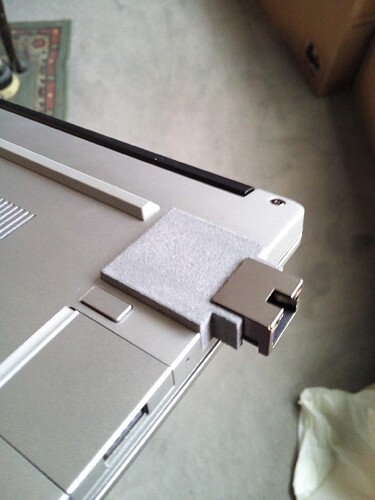 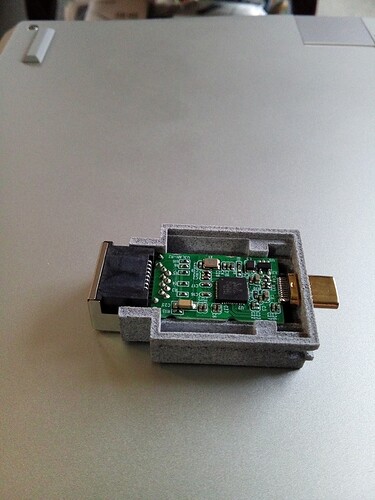 If you could increase the height a bit more (make it an inch) and have a matching size one for USB C bypass. They could work as a laptop stand at the same time! It would solve your problem for reducing height further or having uneven height.

Not sure what you mean? I’m talking about the depth, its slightly less deep than the back rubber stand off, however, the width means it just touches the table on the far corner as the laptop is slanted towards the front.
Oh, I think I know what you mean. USB C bypass on opposite side of the laptop. It could work but depends on what you want to install on the other side. A better option would be framework releasing a back rubber standoff that was slightly bigger than the current one, 2mm would do it, and it would be useful for other oversized cards.
Of course, you could always remove current standoff and try to increase it’s height with some kind of shim but a custom made one would be better.
OK, the depth of the card is just about ok, it’s the depth of the ethernet connector that’s the problem. But nothing I can do about that, so you really need to raise the back end of the laptop slightly.

OK, the depth of the card is just about ok, it’s the depth of the ethernet connector that’s the problem. But nothing I can do about that, so you really need to raise the back end of the laptop slightly.

Precisely why I was suggesting a matching sized expansion card on the other side, so it also functions like a laptop stand.

But please do share the progress, this is one expansion card that I would love to buy.

OK, I’ve redone the print file to completely enclose the connector and made a lid to enclose the card completely. I’ll probably get the print done next week
The new enclosure looks like this. 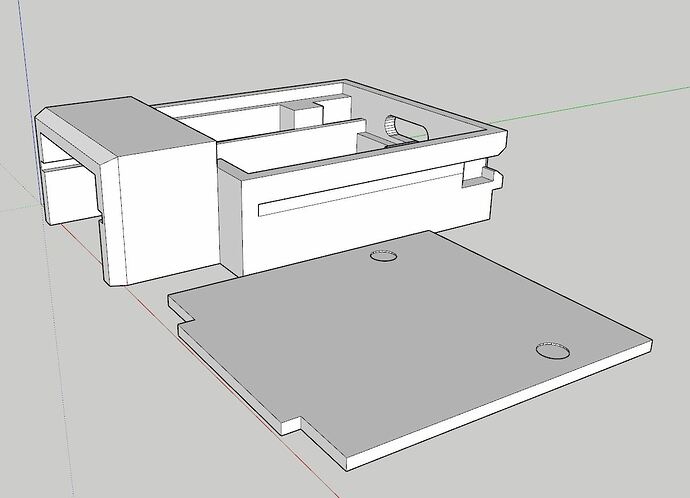 Is the top portion of that at the same height as the keyboard / input cover? Flush?

On the underside, can it be less ‘blocky / angular’? Slope / transition to the height of the socket? 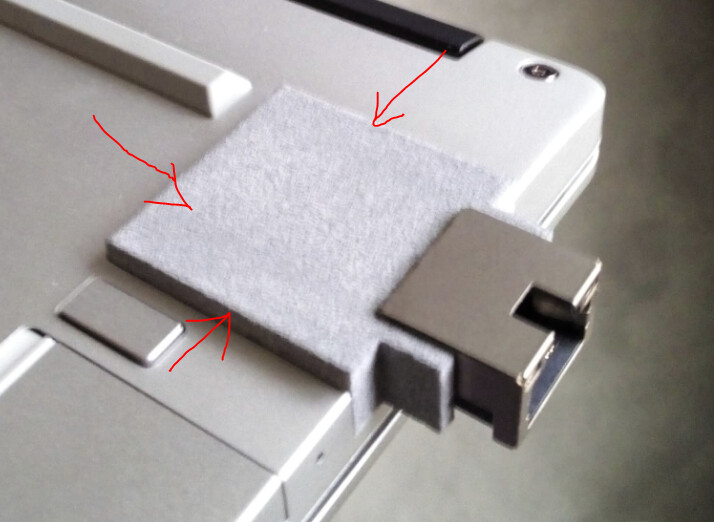 Do not make it raised, keep it flat.

Is the top portion of that at the same height as the keyboard / input cover? Flush?

You won’t see it. But I wanted it to be like a standard module but extended. I know the original modules are flush, but, none of them are beveled, so I thought it would look odd. There is also the amount of material on the inside that dictates how beveled it can be. If too much bevel there won’t be enough thickness of material inside. You can add more I suppose, but it was really just a prove of concept, to see if it was possible to take an existing external adapter and convert it to fit.

On the underside, can it be less ‘blocky / angular’? Slope / transition to the height of the socket?

It can be, but I wanted it flat so it prints more easily. I did originally have part of the underside at the same height as the socket. When I’ve finished the project I’ll probably upload the stl file and you can change it however you like. I used sketchup, but, I don’t really know how to use it well.

Do not make it raised, keep it flat.

It must be raised. If you look at the picture of the board you can see there is a large IC on one side. I had to put the board in upside down. It wouldn’t fit the other way because of the IC and the socket protrudes below anyway. You can see from the picture below, the IC almost touches the bottom of the case. I had to work with what I had. Of course, I would of made it flush if possible. The thing is, the existing board just slides into the housing and it’s done. You’ll notice there are cut outs on the sides that the circuit board slides into. The whole thing is below the keyboard with the updated housing and it protrudes from the side of the laptop 1cm. I, personally, would rather raise the feet on the underside and keep the top of the housing below the keyboard. I’m pretty happy with it and it was cheap to produce. It’s only for myself and not intended to be a financial venture. I shared this just to show people that it is possible to do. That is, to take an existing adapter and convert it to fit. 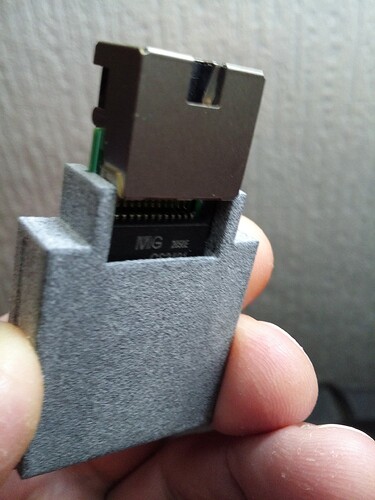 Using a pre built board

What is the part number of the board you’re using?

What is the part number of the board you’re using?

Not sure, an old adapter I had lying around. The case was broken and I discarded it long ago, I just had the circuit board. I’ll try and find out though. Maybe it’ll be in my Amazon history.

I was referring to this surface. To me, it visually looks less clean as it’ll have a ‘step’, down from the keyboard cover: 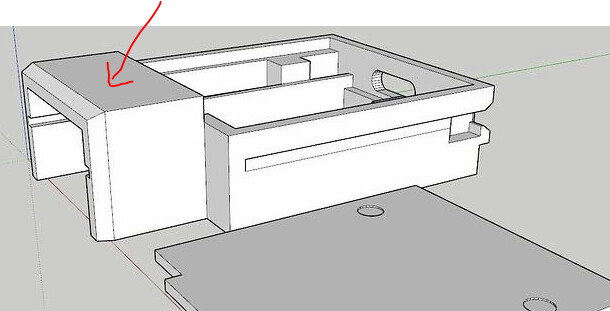 If the RJ45 port can be completely enclosed into the print on the 4 sides, that will limit the port from any up/down/left/right/rotational forces…and lessen the load on the attachment joints to the PCB. I would think.

A very slight step. I think 1mm. It can be raised a little if you mean it to be flush with the keyboard cover, but then the top will be thicker than the sides, unless, those are thickened as well.
It looks ok to me. I think the sides are too thick as it is. I wanted them to be strong though. With such tight tolerances, however you make this thing, it’s never going to look pretty. But, people can also try for themselves, if they can do it better, that’d be cool. There are some other ethernet modules in development, they may be better. I was, personally, looking forward to a framework developed card which they said they were working on but looks like it’s been dropped. I wanted a card with a folding socket.
,

If the RJ45 port can be completely enclosed into the print on the 4 sides, that will limit the port from any up/down/left/right/rotational forces…and lessen the load on the attachment joints to the PCB. I would think.

You are quite right about that, and I intended it to be that way. Unfortunately, it adds too much to the depth of the card and the socket is very sturdy. You’d have to put some real force on the socket to break it. I intended to glue the sides of the socket to the housing to add strength, It’s not really necessary though. There are some restrictions due to the size of the socket and the thinness of the laptop. You can only do what you can do. Mostly it’d be used on a desk so not much in the way of forces I’d imagine. The alternative is an adapter with only the strength of a small usb c plug. Or you can surround the socket and use the laptop on a stand of some kind. I don’t fancy that, as you’d have to remove the card to use the laptop normally again.

After careful consideration, I decided raising the laptop a couple of mm is the best option. So, I designed extended feet. And, completely enclosed the socket. 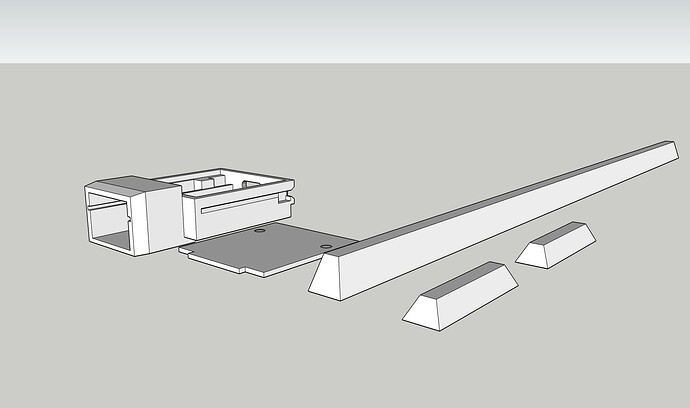 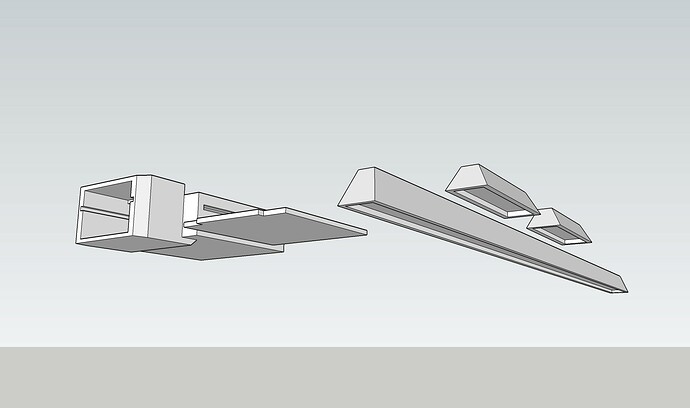 This is great! This is what I meant earlier as a laptop stand. Instead of the feet, if you add this to the expansion card itself and make a matching one (simple usb c bypass) for the other side. It would be perfect!

I had considered this, but, decided against it as you would have to use pairs. By replacing the rubber feet entirely you can use the laptop as is with just the oversized ethernet module, and, you would get better air flow under the laptop.

By replacing the rubber feet entirely

Haha! I completely forgot we can a actually replace the feet!

Yes, I removed one to see what was under it. It was just a raised metal segment, hence the depression on the drawing under the proposed new feet. You could glue them on with rubber cement, so that they could be removed and the originals used again, if needs be.

Not sure, an old adapter I had lying around. The case was broken and I discarded it long ago, I just had the circuit board. I’ll try and find out though. Maybe it’ll be in my Amazon history.

I’m not sure if I actually got it from Amazon, it could have been Maplin, as I used to go to the local Maplin frequently. They sold PC and electronic components, similar to RS. I don’t think it was any of the first three, because they are off center.
The third one looks interesting though. It could probably be made to fit. But, I would have to see the board inside.

Some images of the finished module: 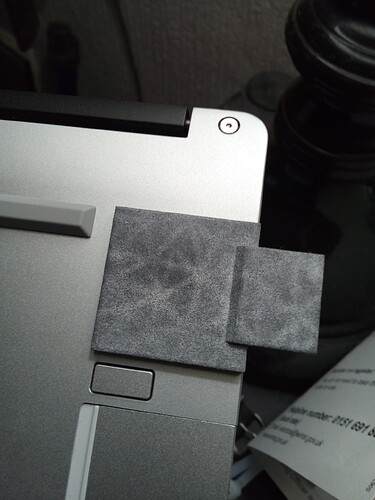 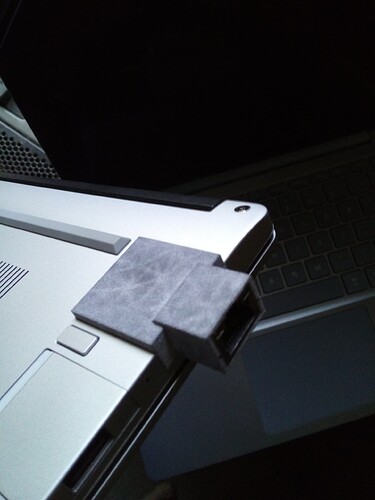 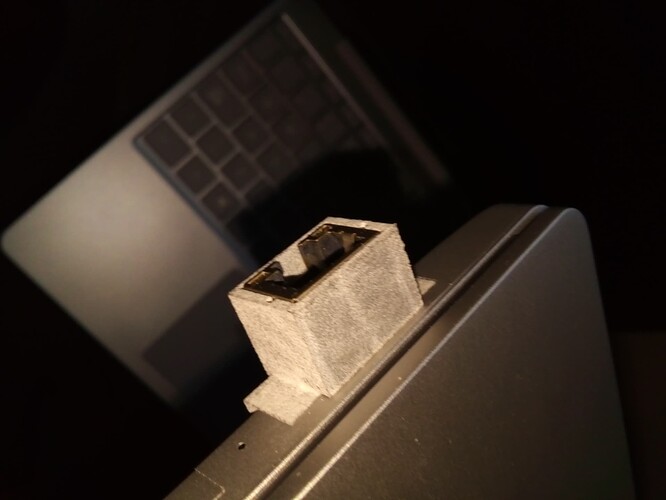