Epic Games is putting out PC Building Simulator as a freebie for a week or so: 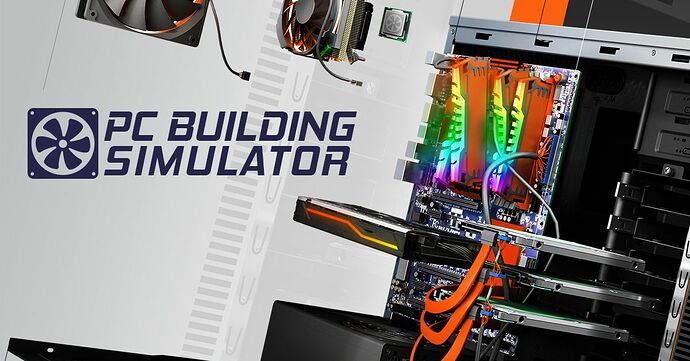 PC Building Simulator is free on the Epic Games Store

Grab it before the 17th and keep it forever.

Just for s&g’s I downloaded it - and really the first thing displayed was the logos of all the real-world companies that are presumably represented in it. I mean - a lot of logos…

So I started playing the tutorial. I’ve seen it before - and it’s not like I don’t know how to build a PC - so my mind wasn’t completely occupied with it. I started thinking:

…simulate building a laptop?
naah… who would simulate their very proprietary laptop?
but… Framework!!

So I ask you, Community:

Wouldn’t it be oh so cool for the FW Laptop to be the only one in the game?

Would it be the only one? I haven’t looked around much yet. But it stands to reason, doesn’t it? I can’t imagine the Big Guys putting theirs in, so at best there’d be some generic models.

Even if it isn’t the only one, it’d still be unique. Almost certainly the only logo’d one. And the simulation could theoretically go all the way to the keyboard screws - make it as detailed as dis/assembly would be in the real world.

A DIY assembly isn’t any harder than the tutorial was. Even a further teardown would be within the capabilities of the program I’ve seen so far.

It could show how easy it can be to build / rebuild / customize a properly designed repairable laptop.

Might introduce a whole new group of casual gamers to Framework.

I’m gonna go look around some more. So far it’s a nice little simulator. Might have more ideas once I’ve gotten deeper into it.

Never played PC building simulator, but especially once mainboards can be swapped between chassis models, I could see it being interesting to have Framework models in there!