I found an SD card reader that fits

This is a really great find, thank you!

This is amazing and terrifying and I hope that something like this can be improved upon by the Framework team. Amazing find and amazing card… Maybe you could even sell that until one becomes available

For those interested in this reader but found its out of stock, this Monoprice reader seems to be identical, down to the clear endcaps.

@RandomUser, given the size of that port, they gonna have to use glue to keep that housing closed; which is a non starter.

Getting the cover off took a bit of force, but I got it off with my iFixit Jimmy tool. 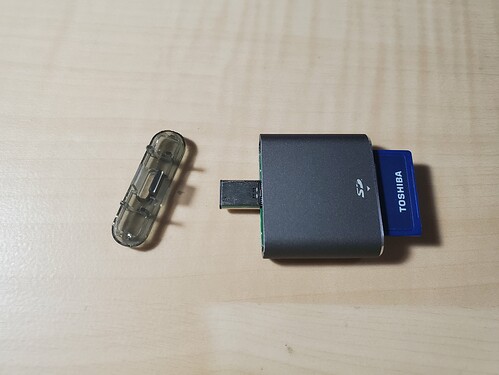 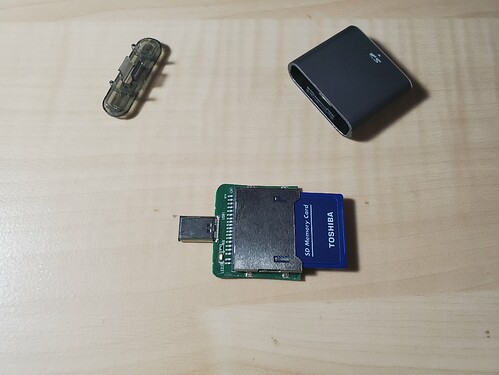 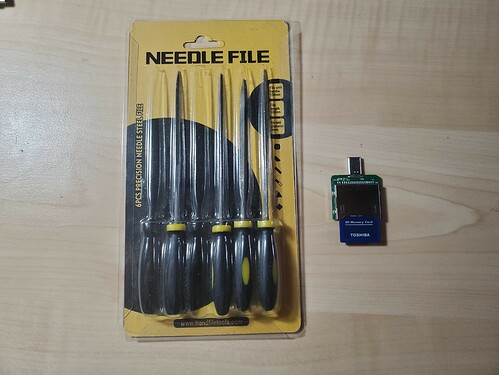 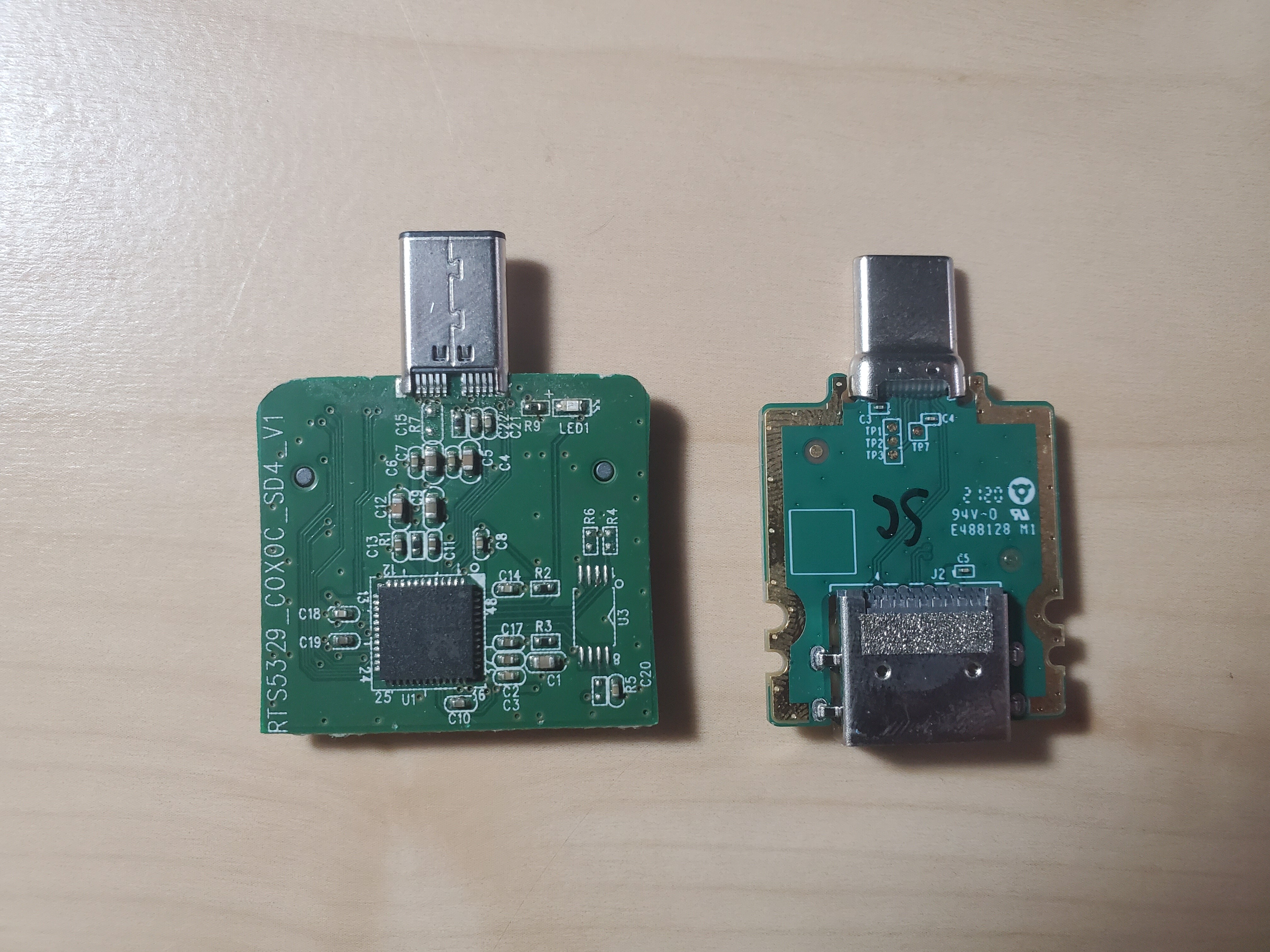 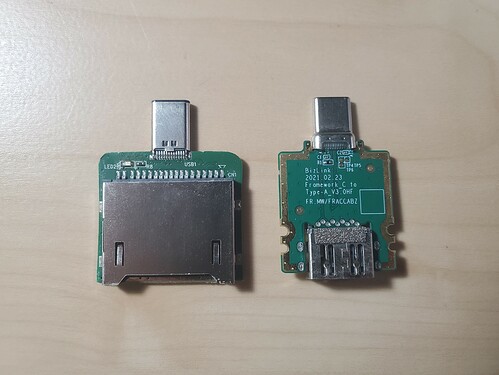 Here is the adapter plugged into my laptop. It’s a very snug fit, but it is in there. 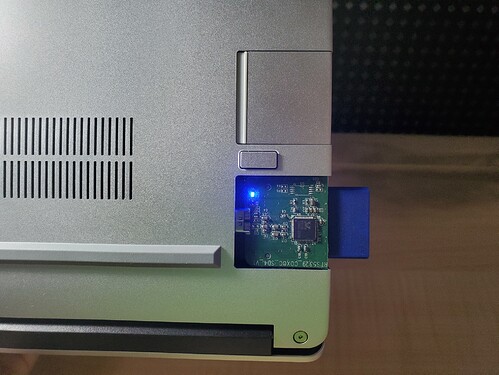 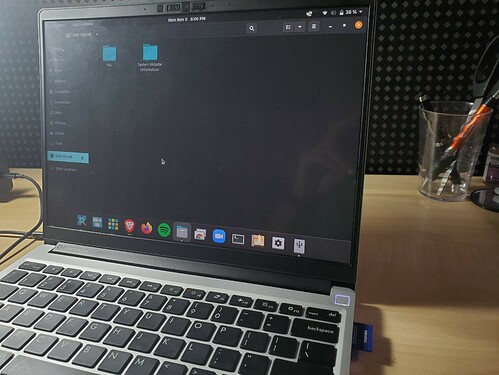 Another update. So my 3D print came in, and I filed the PCB down even more. 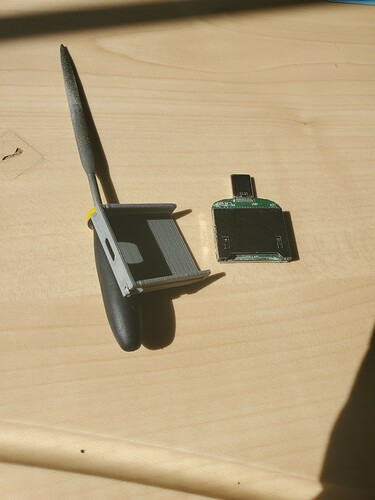 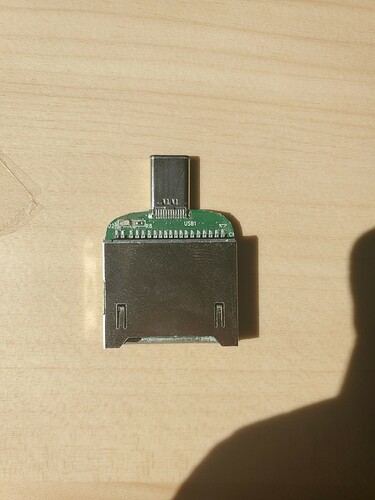 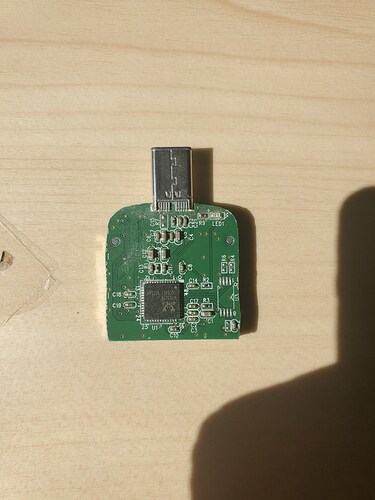 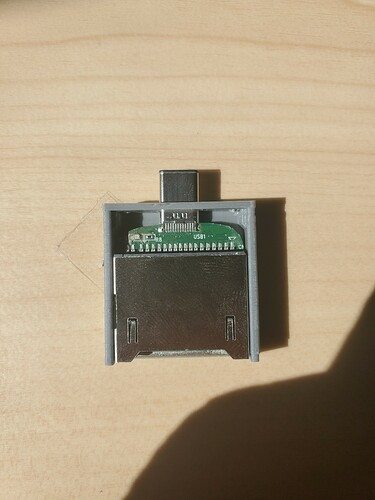 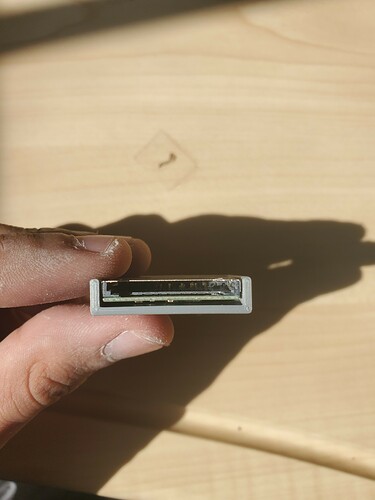 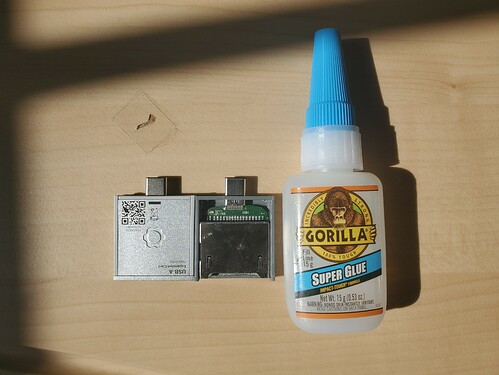 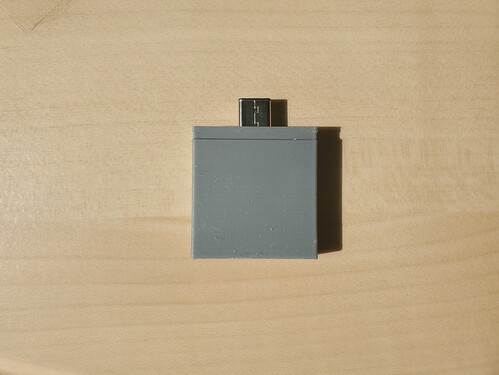 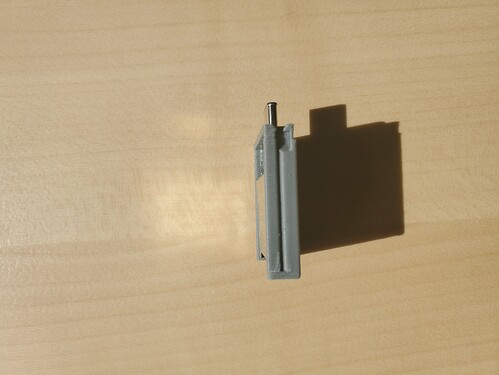 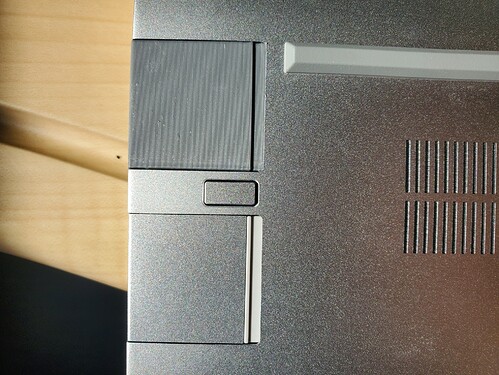 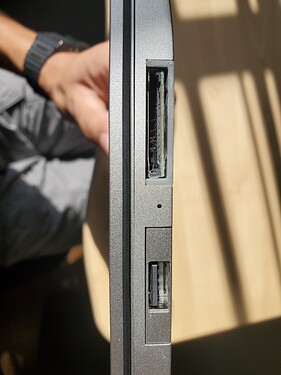 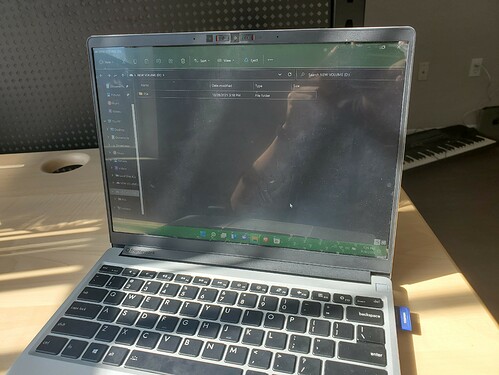 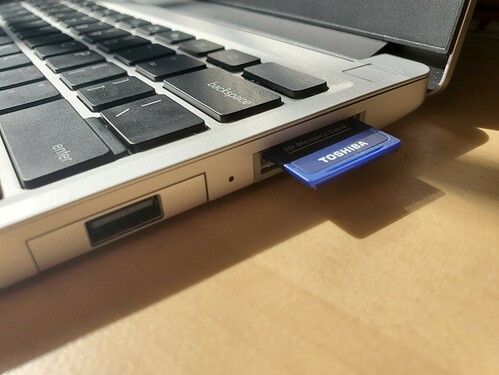 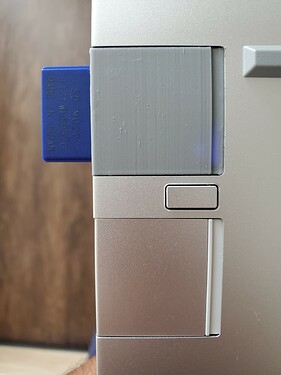 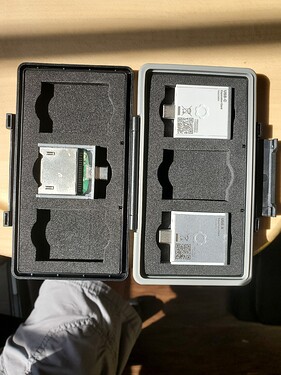 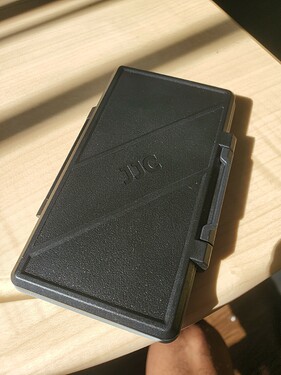 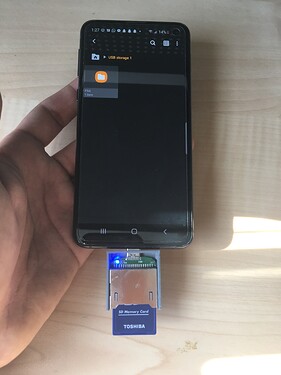 16364835480923024×4032 1.77 MB
One downside when using this adapter in Windows is that after ejecting it, the expansion card must be unplugged and reinserted in order for the computer to recognize an SD card from it again. This is not a problem I noticed in Linux (Pop!_OS for me). Again, thank you to everyone in this thread for your findings, this is awesome!
14 Likes
Micro SD Expansion Card not working properly
Xavier_Jiang November 10, 2021, 3:31am #19

One downside when using this adapter in Windows is that after ejecting it, the expansion card must be unplugged and reinserted in order for the computer to recognize an SD card from it again.

it depend on the controller. if it is appearing as a mass storage device then yes the computer need to detect that the device have disappeared (from the connected list of devices) before allowing it to reconnect. some card reader I have (some chinese SSK models) have the IC configured so you need to disconnect the cards instead of the actual adapter (which does utterly nothing when plugged into the computer without a card in it)
but that’s easily solvable.

Can someone make me one and I’ll buy it from you?

One downside when using this adapter in Windows is that after ejecting it, the expansion card must be unplugged and reinserted in order for the computer to recognize an SD card from it again.

If you confirm that it is configured for fast removal, you can remove it without ejecting it.

No and yes. If it is configured for fast removal, it does not mean that under all circumstances (even during read/write operations) removing the drive will not corrupt the drive. It just means that the drive will be ok if there are no write operations the drive can be removed because the cache (which require power) is not utilized. It will usually be a minor corruption (if any), but it could be worse.

When you eject a drive in Windows, Windows will first check to see if there is any read/write operation (and attempts to stop it, which usually fails), and then it will “demount”/uninstall (different from uninstalling a driver) the device/drive (which basically remove it from “list of attached system resource” so it can no longer be accessed). Then it sends a “stop” command to the device (which may or may not power off), and then it says “you can safely remove the device”.
Mac operates similarly, although I think it demounts instead of tries to stop read/write.

The reason you can’t eject the SD card on its own is because Windows see the entire SDcard+reader as one “mass storage device” instead of a “USB Card Reader” with an “eMMC card” attached underneath it. As a result, it will stop the entire “mass storage device” rather than stopping the eMMC card. And it will refuse to install/connect the SD card reader until it sensed that the device is unplugged and plugged in.

I made a copy of this - for me, thanks to the work and writing here, I was able to “just buy the adapter” basically. Bought that item on Amazon, then printed the bracket, chopped the edges off with some tin snips, and jammed it in there. Works a perfect treat. Twitter’s eating it up

Was just digging into why this dang thing is chewing through 3.5W on average while in sleep. A simple sleep study report revealed this, right off the bat.

Gonna try taking out that SD expansion card. Big sad. All just because we can’t have nice things (real standby) anymore on modern laptops, it seems…

A simple sleep study report revealed this, right off the bat.

What software did you use for this report?

What software did you use for this report?

Ah, okay - I thought it was some Linux tool.

Ah, okay - I thought it was some Linux tool.

On Linux, we can use powertop for a similar assessment (as well as auto-tuning if you so desire).

All just because we can’t have nice things (real standby) anymore on modern laptops, it seems…

Can’t you turn off “additional sleep states” in bios?

don’t the USB bus power down in sleep?

lol nope. The computer doesn’t “actually sleep” at all. I’ve closed the computer, it went to “sleep”, carried it over to the printer I use via USB, plugged it in, and the printer spooled up and spat out my queued print job (as I intended to do, but was amused it worked that way).

Modern Standby is massively frustrating. Mine is going to hibernate about 3-5 times a day now, automatically, because modern standby hits its battery-consumption threshold (I disabled the hibernate-related timers). That’s 3-5 write cycles of multiple GB on the SSD, triggered only by sucking down too much battery in fake sleep.

Can’t you turn off “additional sleep states” in bios?

I think I remember seeing something about that! Next time I reboot (… weeks later, lol), I’ll have to look into that!

(I desperately wish we could just have regular standby again)