What new Expansion Card types do you want to see released?

I’m not a technical person, but here’s another vote for the ability to add a cellular option – SIM, eSIM, etc.

Continuing the discussion from What new Expansion Card types do you want to see released?:

A few years down the some of us may have upgraded enough parts that we could use the old parts to build a full laptop. Cases could be offered to house these and be used as hand me downs of sort for kids/printers, ect to avoid e-waste. The best part is it can then be upgraded as need till eventually a third case could be built or the parts themselves actually become obsolete. By then hopefully we’ll be able to recycle.

A lot of businesses are still using VGA for dual monitors and such, I can see that one being very useful. It would be cool to be able to test all of a monitor’s outputs using one laptop.

One out of the box idea could be designing a larger multi-port “docking station” that connects to both expansion slots on one side similar to those side mounted dongles that everyone makes for Macbooks.

A wifi 2.4 and 5 GHz card with monitor mode such at a rtl8812au chipset for pen testing and generally better wifi support

Since there’s 2 cards per side, can you do a ‘double card’?
If so, how about an extra battery?

We need a docking station! They exist already, they are connecting to USB-C, where you can attach all your peripherals, screen etc.
But a quick coupling would be nice (like Dell’s for example). These would make the devices also more interesting for businesses.

Super into a docking station, but that’s not a card… card-wise I’d love to see a high-fidelity audio output.

a GPU card would be awesome

I love the docking station idea, that would be really cool (and opens up some nice enterprise customer options) but in lieu of that Ethernet is a must-have. I’m currently in graduate school, and the wi-fi is always overwhelmed with student traffic. Ethernet is a big plus, especially in the library, and as the Framework Laptop currently stands I’ll still need to pack a USB-C to Ethernet adapter everywhere I go. And the “recessed” USB-A port idea, for wireless dongles like Logitech’s, is brilliant!

I definitely agree it would be nice to have a high-speed docking station (thunderbolt 3?) to provide additional features in a ‘fixed’ place-of-work and also include additional expansion slots.

Audio would be nice if you could combine 3.5mm jack and a mini toslink inside ( old macbook pros used to have this)

Dual usb C in one slot would be good if the slots support thunderbolt (3?) so you could have daisy chain option in a single slot

Thunderbolt 3/4 ?
Would be great if we could use an eGPU with this.

The card is 30mm wide, and much of that is taken up by the rails in internal structure to make it robust and hot-swappable. Dual MicroSD or MicroSD+SD may be possible. The others likely wouldn’t fit. It’s surprising how much space receptacles take up mechanically for mounting and signal routing compared to their actual physical opening size.

On this picture, from the landing page of the project, we can see that the two cards are separated by about 1 cm: 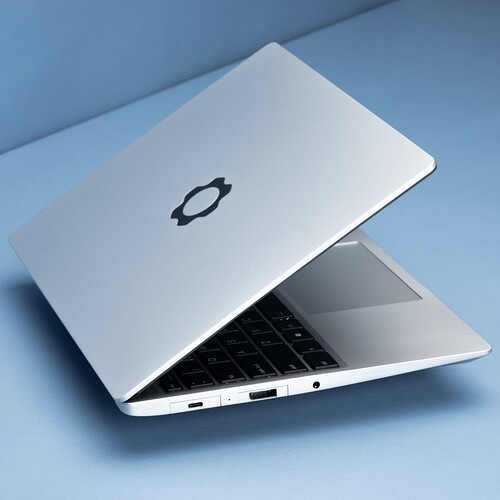 I guess this is because you need some space for the rails in the laptop.

If placing the two cards side by side without this separation was possible, we could have x2 expansion card slots and we could put larger plugs in the expansion cards. This is basically what happened when we used to replace the optical drives by a hard drive or any other adapter (SATA connector,…). IBM/Lenovo named it the UltraBay: ThinkPad UltraBay - Wikipedia

but other makers had something similar too.

This idea being: the rails are taking a lot of space, so there is an economy of scale when you make the slot wider.

I’m sure this has been mentioned but could we have, for example, 2 USB A ports on one slot?

What about a tiny drawer for SD cards, folded up cash, screws, snacks, etc.?

Sure… a drawer for “snacks”.

Sure… a drawer for “snacks”.

Maybe a couple wheat thins or some mints or gum.

Super into a docking station, but that’s not a card… card-wise I’d love to see a high-fidelity audio output.

I would like to specify my Idea:
the docking stations I used before, always requiered to press a button or slide the connector.
My wish is to have the station and an expansion card for coupling. Contacting done via magnets! My Sony Xpreria Z1C had this, was very convenient. I am shure it can be designed to handle power/signals.