Would another form factor be possible in the future?

I love the idea of the Framework laptop, I have a Fairphone for reparability and seeing a similar project for laptops is amazing!
However I’m currently holding back as I can’t understand why Framework decided to go with a 13.5" laptop using a 3:2 screen?

I understand wanting extra height but you can get the same height with a 14" using 16:10 for less than 2cms extra width (which could be used for a bigger battery and better cooling e.g. Slimbooks use a 99wh battery in their 14" 16:10 Executive - SLIMBOOK).

14" 16:10 seems the best of both worlds as you still get all the benefits to use it for coding, writing browsing webpages but it’s also easier for media (watching video and playing games).
You also have the added benefits of using a more standardized screen size.
It would be easier to offer different screen types and make it easier for users to order a third party one, whether someone wants high refresh rates or a touchscreen.

Seems a shame that Framework are confirmed working on other product lines (probably 15" and up) but will most likely neglect a 14" 16:10 because its too close to this current niche size.

Won’t let me add the tag “feature-requests” to the post and no guide on how to use tags, so stuck with “framework laptop” “diy edition” so I could post the topic at all…

14" 16:10 seems the best of both worlds as you still get all the benefits to use it for coding, writing browsing webpages but it’s also easier for media (watching video and playing games).

The only situation I can really see the 3:2 screen causing problems is playing games with engines that don’t handle resolution independence well, but the Framework (and really all thin-and-light laptops) is just not specifically for gaming. It’s very much focused towards vertical workflows. Otherwise, 13.5" 3:2 is perfectly fine for video; letterboxing is just objectively not an issue (I mean, some films have it intentionally as an artistic choice), you lose no information from it, and certainly not if you’re suggesting 16:10 when the majority of web video is 16:9 or 9:16. I’ve watched video in the past on both a 13.3" 2007 MacBook and a 15.2" PowerBook G4, and video doesn’t look noticeably tiny on the former, nor does the letterboxing come to be particularly distracting on the latter’s 3:2 screen. Sure, I guess 16:9 video witll be marginally bigger on the 14.1" 16:10 panel, but it’s a total area difference of 20 cm² between the two panels.
It’s not like 13.5" 3:2 is particularly unstandard; Microsoft, Asus, Acer, HP, and Lenovo all have laptops with those exact dimensions – the FW panel comes courtesy of the Acer Swift 3 I believe. And for vertical workflows, 3:2 is only beat by 4:3, but while I do see plenty of 3:2 panels on places like AliBaba, I don’t see 4:3 there.
Once you actually compare the two in person, 3:2 starts feeling, at least to me, a lot taller than 16:10. Consider that 13.5" 3:2’s real competition is 13.3" 16:10; they’re the same width. 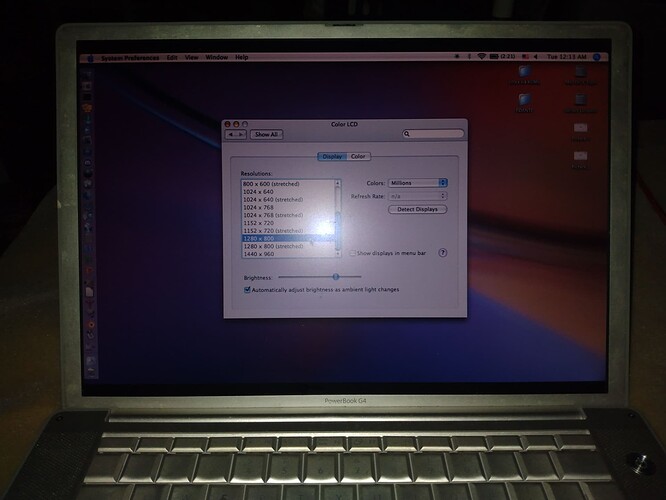 Framework are confirmed working on other product lines

On the ratio and size. I don’t see many ‘complaints’ about the 3:2 so why is anything missing?

Pretty sure they mentioned it some time ago in a newsletter, but maybe they were only talking about 12th gen. IIRC it wasnt announced at that time.

Regarding the form factor:
I think its pretty much set, at least for the 13"-14".
People by now kind of expect to be able to upgrade their board, the screen, the speakers or whatever component may recieve an update.
Altering anything would break compatibility.

Your title is a bit off insinuating there is a problem with the form factor.

That you may want a different one doesn’t mean there is any problem with the current one and so it cannot be ‘better’ but maybe different.

The HP spectre x360 14-ea has the same size screen, with the same 3000x2000 pixels, but OLED. It is also a touch screen, but at least this suggests suitable OLED screens are available. Unfortunately, HP lists only part numbers for the whole assembly. Possible is this one: UHD OLED LCD L99010 110 is suitable for HP Spectre x360 14t ea000 14 EA laptop LCD display/touch assembly ATNA35VJ01|Laptop LCD Screen| - AliExpress

Just have to say that one of the reasons I chose Framework over my second choice was the form factor. The other one had about the same screen height and a 16:9 or 16:10 aspect ratio. The extra width (and weight) made it much less desirable. What works for one may not work for another.

I’m also interested if there’s been definite news of a larger size. I am on the verge of getting something else until Framework can make something with bigger screen and battery. I’ve had my Framework for almost a year, and those are the things that bother me most. I’m drooling a little over the LG gram 17", but if Framework has something in the works it would be a big point in favor of holding out.

Just going to chime in to disagree with the “better” in the title. I greatly value the extra vertical screen space without having to have a wider heavier laptop. Furthermore, I greatly value how the aspect ratio allows a larger trackpad relative to keyboard size, and more space to rest my wrists.

I got used to the 3:2 aspect ratio with the Chromebook Pixel 2015, and after having lived with it it became a MUST for any future laptop purchase, which is a big part of why I got my Framework.

Agree about the title

and as there is the same gripe in other post, put slightly less ‘challenging’ this topic is rather unnecessary as being of any help. And as for voicing discontent either of the one below and others would seem more fitting.

I realize that the 3:2 ratio is getting a good response but when considering the bigger picture, I think it’ll do more harm than good. Playing videos: A very large collection of movies and shows are made for the 16:9 ratio and even though we can just play video, the dark screen on the top and bottom will just be unapplealing to a large number of people. People have already been through a huge change when the “normal” aspect ratio went from 3:4 to 16:9. Just imagine the screenshots and the sc…

Support for larger screen sizes in the future? Framework Laptop

I’m really excited by the opportunities that Framework presents for modularity and replaceability in the consumer laptop arena. I’m looking to replace my current Acer laptop right now and I’d have already placed an order for a DIY edition until I realized that the only supported screen size is 13.5 inches currently, and that’s a bit too small for my liking (heh). But then, since Framework is all about repairability and upgradeability, my thought was that I could buy my DIY laptop now configured …