Do we have an ETA on Alder Lake P availability?

CES has come and gone

Framework was mentioned on screen as intel partners

Wondering , when we can see an alderlake framework version

Eagerly waiting for it.

Hello! This is mainly to the Framework team, but is a Mainboard for the Intel 12th Gen Mobile processors planned? Not a very long topic, but was just curious if it was in the works already!

Given the Osborne effect, if they are working on one, I suspect we won’t hear about it until it’s just about available.

Also they don’t want to promise something unless they’re sure they can deliver.

@rv07’s statement is interesting though:

Framework was mentioned on screen as intel partners

I looked around and could not confirm this. Any links?

Could be bad news for AMD fans, but everyone’s foaming at the mouth for Alder Lake now. 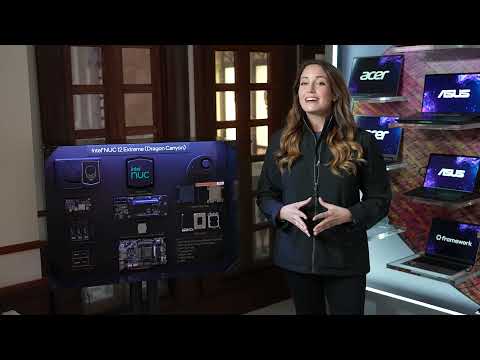 Could be bad news for AMD fans, but everyone’s foaming at the mouth for Alder Lake now.

Based on our communication with the Intel Linux WiFi driver team, their patches for all known AX210 issues are in kernel 5.17. It’s unfortunate that previous versions have assorted issues, but we do expect WiFi and Bluetooth stability to be good starting from 5.17 with the AX210.

I’d be up for alder lake as well. Of course definitely pushing for the “upgradability” factor being able to just unscrew my current mainboard and screw in the new one with the better processor. Then being able to just keep using my same RAM, SSD, keyboard and touchpad, chassis, screen, etc. Being able to buy the upgrade board for around $750 or near that would be world changing for people looking for upgradable, customizable laptops. Sure, it’s nearing the prices of a budget performance laptop, but when something stupid like the keyboard, touchpad, or screen break it’s not either a pain or expense to replace the entire system or take it to Geeksquad (whom I’ve had several bad experiences with, but that’s for another time).

I doubt we could get the i9-12900, but considering where the i5-12600 is sitting, even the i7 would probably be overkill for most. My concern would be cooling, but I haven’t had the chance to see or demo mobile alder lake yet.

but everyone’s foaming at the mouth for Alder Lake now.

So true. Although the AMD RDNA2 APU looks interesting!

lol, that escaped my notice! Amazing you caught it! That’s good news!

Agreed, I’d be happy with either.

Man I’m looking at possibly switching over to just a laptop and egpu, and I gotta say, alder lake seems like it’s gonna be a significant upgrade, possibly both to power and battery life. Kinda want to hold out for it on the framework.

In tech I have learned to just buy when I need to, and not worry about what is coming around the corner. There will always be something else just “a few months away”

I ordered one over the holidays as my existing laptop died suddenly. I do not regret this decision. The 4 x thunderbolt 4 interfaces along with the gorgeous screen certainly help

I mentioned this on a related Reddit thread:
We like to make announcements by making announcements. In general, we won’t drop hints unless they are non-ambiguous. That’s a current generation Intel 11th Gen Framework Laptop that the Intel team demoed as part of their CES showcase of interesting laptops.

We’ve been really open that the Framework Laptop is designed for mainboard upgradeability, and any announcements around that in the future will be really obvious!

Appreciate the transparency @nrp I am really looking forward to when Alder Lake is available, only thing holding me back apart from a wish for a 16:9 bigger 15 or 16 inch chassis.

Hoping it is sooner than later.

Just curious, would switching the cpu (mainboard) cause complications with drivers? I heard it’s quite tricky.

Just curious, would switching the cpu (mainboard) cause complications with drivers? I heard it’s quite tricky.

With desktop systems, an OS reinstall is often recommended when switching motherboards and/or CPUs. I’m no expert but I’m guessing this is due to old hardware drivers etc. remaining on-disk which can possibly cause problems.

Based on that I’d guess a reinstall would be recommended after swapping Framework mainboards as well.

I am really looking forward to when Alder Lake is available, only thing holding me back apart from a wish for a 16:9 bigger 15 or 16 inch chassis.

I would think he meant that all of the stuff that Framework did NOT announce is not non-ambiguous (a.k.a. ambiguous), which I would assume they are having fierce internal discussions upon.

But part of the process is to see what the general public actually want, since there is nothing worse than making something that nobody wants. In that case I would want them to release more official polls so they can have a better understanding of what the general public actually wants (and a reason I had done a few polls), because shouting out “I want this” in 100 different threads leads to nowhere.

But, as many sources (including CES 2022) had pointed out, it’s quite a crazy time at this moment, and absolutely everyone wants more/better computing hardware (the supply had actually increased yet still it can’t meet demand). So yes, we are getting impatient, but we must wait.

The big thing for me (typing this on my 11th gen i5 framework laptop) would be the battery life improvements. I don’t know any details, but the ability to run what I need to in day-to-day (firefox, word, powerpoint) on dedicated efficiency cores and then to have a couple performance cores when I want to do some gaming could lead to a much better battery life. I can currently get 7 good hours of work (exactly a school day!) (I’m in high school) out of it, but if I could mitigate some of the battery anxiety that comes with going into my last period with 20% it’d be wonderful.

but the ability to run what I need to in day-to-day (firefox, word, powerpoint) on dedicated efficiency cores and then to have a couple performance cores when I want to do some gaming could lead to a much better battery life.

If you think companies like Dell and Hp do not want customers to get excited about their future products so they can garner more attention and charge extra, well, I don’t know what to say.
But the very fact that Dell and Hp is incredibly silent on the same matter had let me to pause and think.
And I recommend you to pause and think.

What does 12th gen bring?
First, Hybrid architecture (Oof to Linux performance/efficiency/stability), DDR5 (new RAM required). TB4, Xe graphics, PCIe4 all have backward compatibility. But DDR5, man. Imagine having to buy your RAM sticks all over again. Not very expensive, maybe $100 on top, but your DDR4 SODIMMs would be quite useless (not even as paperweight).

We don’t even have DDR5 UDIMM from Samsung on Amazon yet. What price are you expecting to pay, in the middle of this madness?(!)

I was also on this 12th gen boat. But hey, you know, a computer can’t work without RAM.

We don’t even have DDR5 UDIMM from Samsung on Amazon yet. What price are you expecting to pay, in the middle of this madness?(!)

Especially considering that DDR5 is insanely difficult to get hold of right now, and most benchmarks I’ve seen don’t show it to be any faster than the fastest DDR4. Yes, OK with XMP on…but XMP isn’t really a thing in mobile…

Is there even any mobile DDR5 yet?