Framework firmware on the LVFS?

With all the Linux chatter here as well as the talk of a firmware update improving getting into the boot menu, I was wondering: is Framework firmware distributed via the Linux Foundation’s Linux Vendor Firmware Service (LVFS), and if not, will it be?

Firmware updates via the LVFS are included out of the box across all major distributions these days including Ubuntu, Fedora, Red Hat, elementary OS, Pop!_OS, and pretty much everything using GNOME Software or KDE Discover as it’s built-in there as well. It’s supported by hardware manufacturers like Dell, HP, Lenovo/Thinkpad, Star Labs, System76, Logitech, Intel, Wacom, and many, many more.

Since it’s the defacto way to distribute firmware to Linux users, it would be extremely simple for users to get any future Framework firmware updated through the regular update process for their distro.

Yes! We have a vendor account set up and are in the process of testing: https://fwupd.org/lvfs/vendors/#framework

That post confused me greatly but in the end it was simple, they plan on doing that is very close to start deploying the firmware updates through lvfs, but it’s not a thing just yet

Awesome to hear that this is coming. I absolutely hate Winblows, and having to boot back to that to update firmware, BIOS, etc is the only reason I have not obliterated that pile of rubbish OS from every hard drive in the house.

Any estimate on the schedule for LVFS support would be very helpful. I am reluctant to mess with the bootloader at present, but I have no idea how long that will delay the BIOS update for me.

Any estimate on the schedule for LVFS support would be very helpful.

This recent tweet commented “We’re in the last stages of testing LVFS/fwupd”. 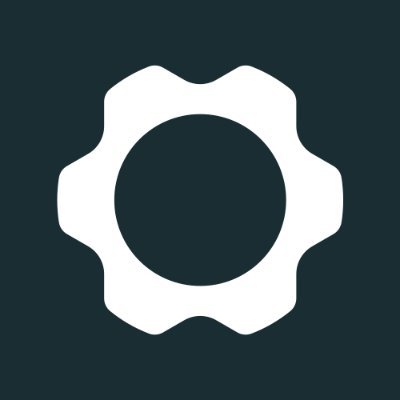 Two months since the last hint mentioning “last stages of testing.” Any update on the schedule for LVFS support?

Also super stoked for this!

I think this thread is the oldest about LVFS (with fwupd). So, I would like to use it as LVFS main thread. Maybe nrp’s comment below on 3rd March is Framework’s latest status about LVFS.

We’re working on resolving the issue on EFI boot entries getting cleared before we deploy through LVFS. We are exploring also releasing through LVFS, but in a way where manual running an update is possible rather than enabling updates automatically to avoid someone getting their EFI boot entries cleared unexpectedly. In the meantime, you can use the manual method with a USB flash drive updater: Framework Laptop BIOS and Driver Releases On Fedora and Ubuntu, this should (based on my recollecti…

We’re working on resolving the issue on EFI boot entries getting cleared before we deploy through LVFS.

I don’t understand what is blocker now. But my idea is that Framework would share the details, and use a power of communities to fix the issue. You may find the domain specialist in the communities. This is an open source way, right (if it is possible)?

Another related thread: BIOS 3.06 on LVFS testing, but error trying to update under Fedora 35

It would be very helpful to have an update on the LVFS progress. I don’t see anything since January 2022.

See Framework Laptop BIOS and Driver Releases (11th Gen Intel® Core™)
You need to enable lvfs-testing. As 3.10 (for 11th gen!) is out of beta now, perhaps they should move it to regular.
Also: be careful that the update process (both through LVFS and through EFI shell) need space on the EFI partition on the internal disc. At 100Mb, that partition is very sparingly provisioned. The presence of any remnants of other boot setups can be enough to have the update process fail without indication of what went wrong (you just won’t have updated firmware).
It looks like most linux disk formatting tools that come with distributions like Fedora are extremely reluctant to meddle with existing EFI partitions and get easily confused when there are multiple, so it’s quite possible to be stuck with the original 100Mb one even if you thought you made a bigger one.
I think Framework would save their customers a lot of possible pain (and perception of broken firmware update procedures) if they just provisioned 1Gb for the EFI partition on their premade systems.

I am reluctant to enable testing, so I am mostly interested in the expectation for the stable channel.