Our recent request for review of Italian, Spanish, and Chinese keyboards was really useful and we made a fix to our Spanish keyboard. We’re going to repeat this now for another batch of keyboards:
Korean 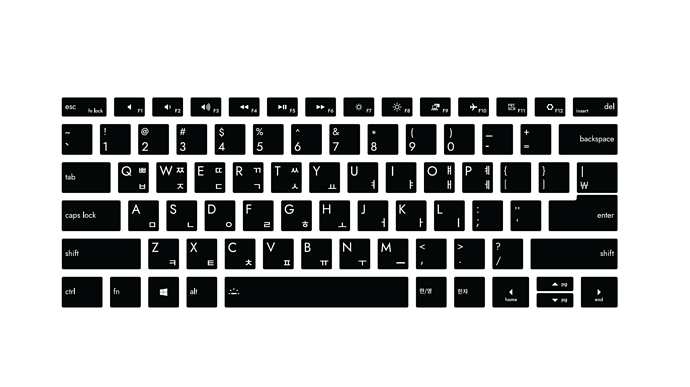 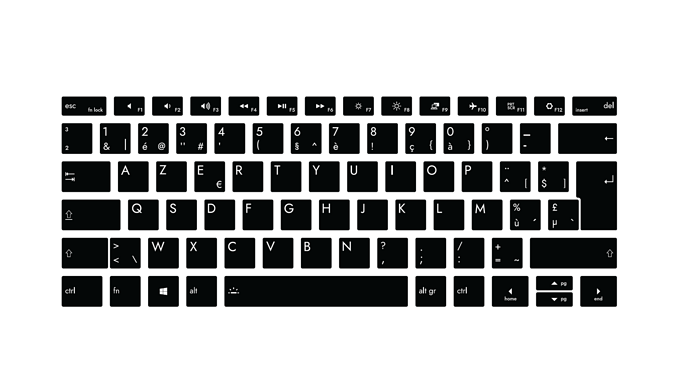 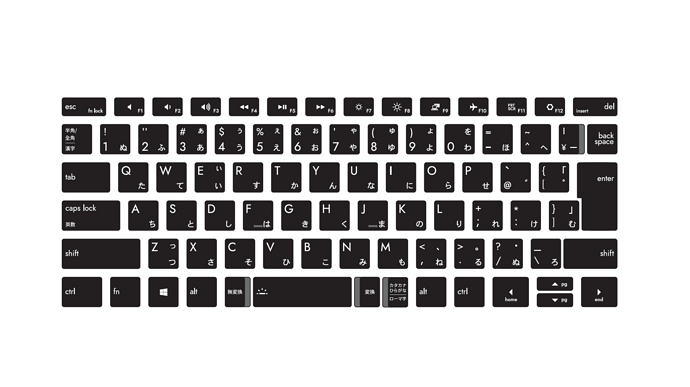 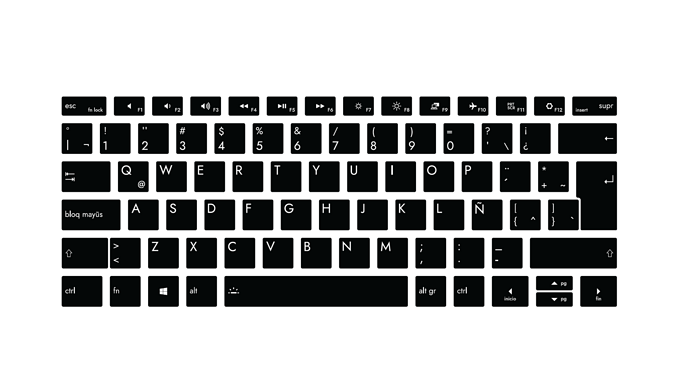 Hi, would it be possible to provide an even higher-resolution image, perhaps around 4K, of the Japanese keyboard? I have a suspicion that some of the small kanji glyphs on the keys may be using an non-Japanese kanji glyph set (cf. Your code displays Japanese wrong | Your Code Displays Japanese Wrong ) but the resolution isn’t high enough to be 100% sure.

Would still appreciate a super-high-rez version of the Japanese keyboard image, but yeah, the Asian glyphs used here doesn’t seem to be the Japanese variants of the glyphs.

EDIT: As the forum software seems to despise and shoot down any sort of external content with a passion, I will just be writing down the page names for GlyphWiki. Please go to the GlyphWiki website – en dot glyphwiki dot org – and copy-paste the page name (glyph ID) to the URL after the “wiki/” part.

Do not trust the glyph appearances of the letters on this forum post itself, and only trust the glyph images on GlyphWiki; the default text rendering of the glyphs can be unreliable depending on the OS language, due to a historical Unicode design blunder known as Han Unification.

"換" on 無変換 and 変換 (left and right of the space bar)
Correct (Japanese):
u63db
Incorrect (The element inside the box at the right is different - Also a Taiwanese glyph):
u63db-t

So in general, the Asian font used for the keyboard seems to be using a Taiwanese variant of the kanji character glyph set. Instead of trying to fix those individual characters, selecting a font that declares itself as explicitly Japanese should fix these issues (and other subtle glyph differences that I may have missed). I know, it seems like the tiniest insignificant detail, but it’s important to us!

Additionally, there is a fairly sizable population of PC users in Japan that prefers to use a US-layout English keyboard, even if a Japanese keyboard is available. When you guys begin selling to Japan, please keep the English keyboard available to choose as a customization option.

@moderators looking at @Kenji_Iguchi posts, I can’t imagine why they were flagged, can you restore them?

Another JP issue, separate from the glyph shapes issue: the hiragana letter on the “/ ? ・” key (lower right, 2 keys left to the right shift key) is labeled “ぬ” but needs to be “め”.

@Kenji_Iguchi is correct, the glyph seems to be using the -t variant instead of the -j variant.

Nah, it was probably the forum antispam doing its job against a newly-registered user (me) who immediately tried to upload 6 images at once, got blocked, tried pasting 6 links instead, got blocked again, then tried to break that up into 3 consecutive posts in quick succession.

Looking back I must admit my behavior must have been quite suspicious from a spam prevention point of view, but it’s really not possible to talk about the details of glyph appearances without somehow referring to the visual representations of the glyphs

Nirav sent me the source PDF file of the Japanese keyboard, which lets me look at the glyphs in more detail and find some more differences. Some of them are extremely subtle, but I wrote them down for the sake of completeness. The first letter of the URLs have been removed as to not trigger the antispam.

Anyhow, the solution should be to use a font that’s defined explicitly to be containing Japanese kanji glyphs.

(Interestingly, “変” from 変換 and 無変換 seems to appear as the correct Japanese glyph, despite having different appearances in the -G and -T variants. Not sure why.)

Those are the only inconsistencies I’ve spotted after running over the image a couple of times.

Thank you for letting the community engage with this stuff, it’s awesome. 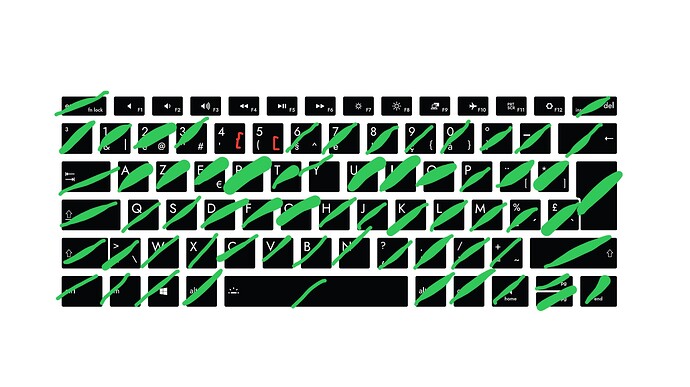 @Cheese : are you sure that you are using a regular Belgian keyboard? I’m not seeing those symbols anywhere on my keyboards. 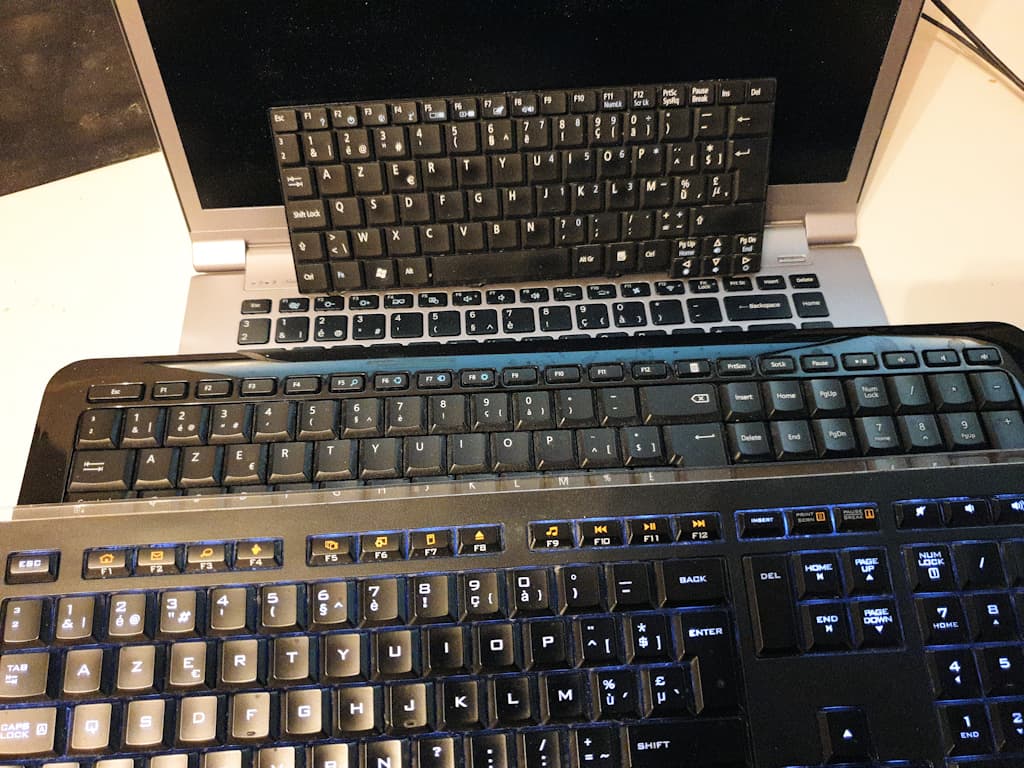 Those extra symbols are usually on the French layouts. Perhaps they put them on keyboards sold in Wallonia too?
EDIT : Heh ! I just typed those Alt Gr combos on the main PC (Win10), and I do get the { and [ symbols indeed.
On the laptop (Mint 20.3) doing the same thing gives me the 1/4 and 1/2 symbols, while I am 100% certain I selected the regular Belgian layout during install.

To the Framework team : I compared the Belgian layout with my own keyboards (3 times), and everything looks okay to me. Well, at least it matches my keyboards.

Nah, it was probably the forum antispam doing its job against a newly-registered user (me) who immediately tried to upload 6 images at once, got blocked, tried pasting 6 links instead, got blocked again, then tried to break that up into 3 consecutive posts in quick succession.

Looking back I must admit my behavior must have been quite suspicious from a spam prevention point of view, but it’s really not possible to talk about the details of glyph appearances without somehow referring to the visual representations of the glyphs

You’re entirely correct, the system flagged all of your posts in this thread. Nothing more insidious than that, so I’ve hidden some speculation that was flagged by the community.

Thank you for the assistance.

There’s a couple of variants of the Belgian keyboard; wangbe, periodbe, commabe, … I’m referencing from the Surface keyboard which has those two but is also a compact style so that makes a difference.

The current layout Framework provides is totally fine, I’ve only had keyboards (other than my recent one) with those two alterations (‘[{‘ on 4 and 5)

For example, this corsair keyboard doesn’t have it. 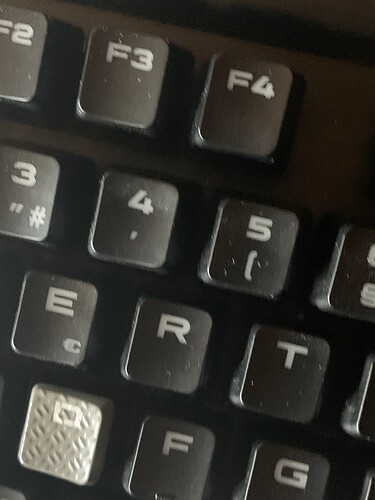 But the microsoft Surface keyboard does. 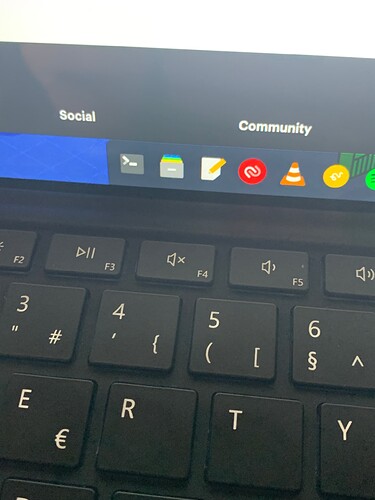 It’s fine if they’re not on there just wanted to point that out.

Other than that the Surface keyboard also has a right-click command button or whatever it’s called instead of right-ctrl. 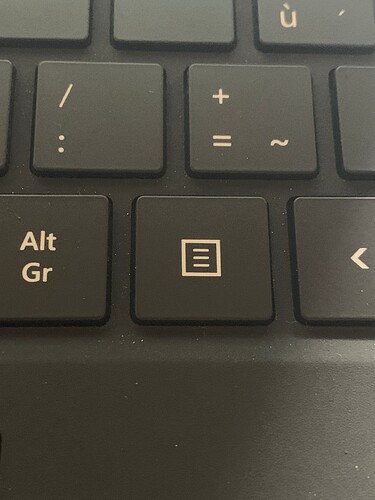 Also, welcome to the forum, greetings from Ghent.

@Cheese : In my photo above, the 2nd keyboard from the bottom is a Microsoft Wireless 850, so even Microsoft themselves don’t seem too consistent.

Back when I installed Mint on the laptop, I did check that the symbols matched, so I assume that the default “Belgian” layout in Linux Mint is what MS refers to as “Belgian (period)” in the Windows installer.

Seeing as you’re in Ghent, this is clearly not a Flanders vs Wallonia thing.

Yeah, Belgian keyboards seem to be inconsistent overall. I looked into it and the one Framework provides seems to be the most correct / most prevalent type so they got it right.

Looking into it from a software-defined layout perspective it seems to illustrate that fact even more. So many variants for nearly exactly the same layout, with all of them being slightly different (e.g. the brackets on 4 and 5, or a ^ symbol being in a different place) 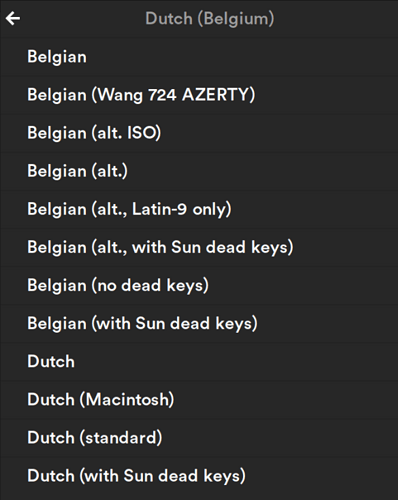 Thanks everyone, and especially thanks for the detailed feedback Kenji! We’re working on revised artwork.

On the Belgian inconsistency on { and [, that is one that we have seen on other locales as well. Italian for example also has { and } seemingly as optional. I wish more countries published official specifications on their keyboard layouts.

Hi. For the Korean keyboards, I think the 한/영 key and 한자 key should still have the alt and ctrl labels.

Ooh, btw. The official way to switch keyboard languages on Windows and Linux is space + os key. For some reason, Koreans decided their keyboard input layer for windows will be a normal English keyboard that switches to Korean keys via the right alt key.

Do you think it is possible to convey this info? Many of my Korean friends and family get confused when they use my computer. They tap the right alt key to type Korean and English is all they get. Most don’t seem to understand that they need to switch layers to the Korean layer, then press right alt to toggle Korean.

I don’t know of any other language that does this.

Will there be clear input covers available at checkout or will this just be something you can only buy on the marketplace?

I agree with @Kenji_Iguchi also, I personally use US keyboard layout and romaji for kanji typing.
I hope will see Framework in Japan.