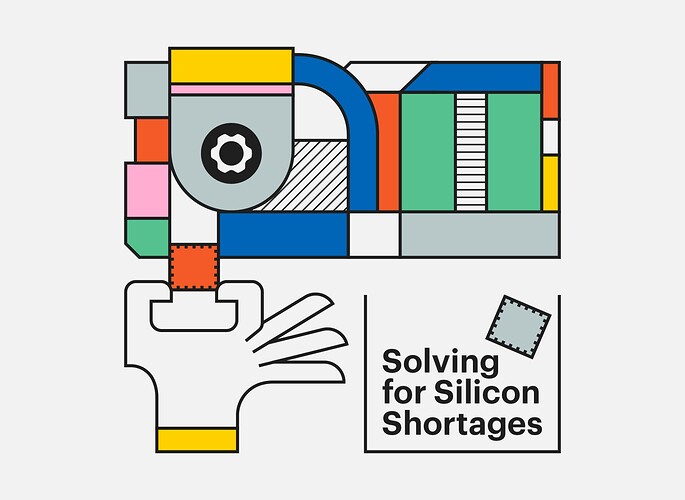 Building a fantastic team and choosing excellent partners let us ship the Framework Laptop in the most challenging time to launch a consumer electronics product in many years, but we’re not totally immune to the global silicon crunch. To keep ramping up production, we’ve switched to a different audio CODEC (the chip driving the speakers, headphones, and microphones) for Framework Laptops shipping starting late October.

First, for some background, the last eighteen months has been a pretty unbelievable period to launch a product in. At the start of the pandemic, companies across many industries canceled much of their production and shrunk future projections under the assumption of an extended global recession, resulting in cascading reductions and pauses through the supply base. Instead, exactly the opposite occurred. Demand increased massively, especially in computing due to remote working and remote education. This impacts silicon severely, as the pipeline is quite long, there is strong competition among different industries for the same fab capacity, and increasing capacity takes a very long time. Chips that would normally have 16-20 week lead times (meaning we’d place typically binding orders that far ahead of needing parts in our hands) went up to 52 weeks. In one case, we even got notified of a 68 week lead time on a chip! That is nearly as long as Framework has existed as a company.

With the team and partners we have, we anticipated these shortages and were able to get access to parts we needed in almost all cases. In some instances, we had to take creative workarounds like picking up the last reels of RGB LEDs available anywhere for our power button from a dropshipper in Poland. In one case though, we made a design change. We were able to get enough Realtek ALC295 audio CODECs to develop the Framework Laptop and get through the first few months of production, but nowhere near enough to fulfill ongoing demand from the US and Canada, let alone the additional countries we’d like to ship to. Luckily, we were able to find an alternative CODEC that lets us stay in production: the Tempo 92HD95B. 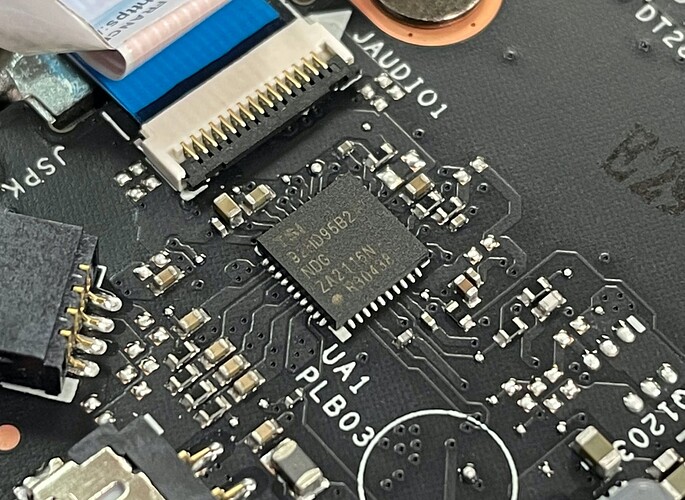 Tempo picked up their CODEC and IP catalog including the 92HD95B from IDT, which in turn acquired it from SigmaTel, one of the great old audio silicon design companies. The CODEC happens to have the exact set of capabilities needed for the Framework Laptop and is fully supported in both Windows and Linux. There are trade-offs compared to the Realtek part we were previously using though. The ALC295 is a “smart amp,” meaning it has some DSP capability for speaker protection and equalization. However, we were never able to get the necessary support from Realtek to properly utilize the chip, so much of the functionality is turned off. On the other hand, the Tempo part is just a “dumb amp” that relies on the OS or application for audio processing, and it ends up being slightly more power efficient as a result. All in all, we consider this a reasonably neutral trade in exchange for being able to continue building Framework Laptops.

Having read about the differences between the two chips, I think I’d actually prefer 92HD95B vs ALC295 in my machine for the simplicity and power saving. Also, if Realtek itself is needed to “properly utilize the chip” that’s a red flag for me.

Question: Any chance that future DAC chip can be implemented on the audio daughter board (headphone jack board)? Or somehow to allow drop-in replacement of the DAC chip (and its required electronics).

They have a long history of providing hassle-free audio to any type of computer for decades. Yes, you need stuff to get it to fully work, but once it do it’s … like I said, hassle free. And their logo in the taskbar is just … classy.

However as mentioned earlier the entire world (in term of chips, at least) is in total chaos, and to actually continue production such steps must be taken. And production must continue because otherwise framework will have no money flow.

Realistically speaking, if I am building something with a codec and I have to choose between the two, I likely wont bother. In fact it’s actually better than some cheap codec in other laptops.

You know what, let’s just pretend nothing happened as a MB swap will happen in 5 years anyway.

Question: Any chance that future DAC chip can be implemented on the audio daughter board (headphone jack board)? Or somehow to allow drop-in replacement of the DAC chip (and its required electronics).

Apparently they considered it. From they should make sound a module, then they could offer a high-end option with so... | Hacker News

they should make sound a module, then they could offer a high-end option with something like an akm ak4490 and users could go legacy free if they want

We considered it! Early in architecture, we had the CODEC on the headphone jack daughterboard instead of on the mainboard. It introduced a bunch of interface complexity, so we dropped that. In retrospect, it would have prepared us well for this silicon crunch though.

They have a long history of providing hassle-free audio to any type of computer for decades. Yes, you need stuff to get it to fully work, but once it do it’s … like I said, hassle free.

It seems to me that they started cheaping out and doing weird proprietary things a few years ago. My last laptop and now my Framework both seem unable to be completely supported in Linux. I like the idea of some competition.

That might be why my XPS used Waves Maxxaudio. This Thinkpad still use realtek.

This post reveals a few things. I believe on the Linux side of the house the Realtek chip is not causing any problems to suspend as the kernel is not targeting or supporting any of those functions. However Windows does and this is causing power drains, especially if audio playing applications are left open before suspending.

It seems that the power drain issues are primarily the expansion cards so this may not be that relevant, but as the Realtek chip is being abandoned due to availability, does this mean attempts at developing that chip’s additional functionality is as well?

Also, if Realtek itself is needed to “properly utilize the chip” that’s a red flag for me.

The word “Realtek” is a red flag for me. I’ve had to deal with too much of their crappy Wi-Fi cards on HP laptops

Credit where credit is due, Realtek wifi cards aren’t the best, and that’s perhaps one of the reasons Intel cards started to flood the market. Or Killer … yeah. Intel.

I can’t even remember if I had fiddled with a realtek Wifi card at all. I know I have plenty of their Ethernet adapters and card readers.

Wait, the power button LEDs are RGB? Is there a way to make those do interesting things? All mine does is fade in and out when on standby, and it stays white.

I notice the side power light flashes colors when I whip my eyes past it, sort of like a dlp projector.

fade in and out when on standby, and it stays white.

Perhaps when the battery is low it will glow yellow, like … I don’t know. Other laptops?

You really want a chroma power button, don’t you?

I notice the side power light flashes colors when I whip my eyes past it, sort of like a dlp projector.

The PWM frequency of the side lights are too low, the 3.03 beta BIOS fixes that.

not bothersome, just someone mentioned not to pwm the power lamp to dim it. My dlp TV I have to really whip my eyes past to see it.

All mine does is fade in and out when on standby, and it stays white.

The colors are also used for boot error codes. Currently red and green, but there’s a thread discussing changing this to red and blue.

Wait, the power button LEDs are RGB? Is there a way to make those do interesting things? All mine does is fade in and out when on standby, and it stays white.

For the first time ever since owning the Framework Laptop since September, I just very briefly saw the power button giving off an orangy red glow during power on (before it reaches the Framework splash screen).

So yeah, think it really is RGB.