With Prime Day and other sales going on, what other comparable laptops have you been looking at?

Some retailers started their sales a day earlier than Amazon…with anything between 15%, 20%, 25% or higher discount on Intel 12th Gen laptops.

What are some of the models that you’ve been looking at?

None. I just bought my new laptop. Unless I was to spend money on another repairable upgradeable laptop I would be undoing what I have done, move the industry with my wallet-the only language our systems respond to. Simple economics right, I demand repair and upgradeability so supply will follow.

I also don’t care to support a company that is outcompeting it’s rivals by not paying it’s taxes (harming the country they operate in) exploiting it’s workers (Amazon build warehouses in economically depressed areas for a reason, where there are very few other work opportunities) and exploiting retailers forced to use there platform. Like with supermarkets and farmers.

Probably not what you wanted as a response so sorry for that but it is my response to the question.

A couple of points:

My original question was kind of indirect in the OP.

For some other individuals who purchase more than one laptop per year (e.g. a family with kids), you can slice that bread a few ways.

That is always a possibility, but when my kids were young we all had the same way back 20 years, a Dell 4150, then an Dell XPS 13

Makes sense to have the same parts and can compare when things go awry, swap hard drives without an issue et.

With the Framework it’s even more satisfying, so not about money but about convenience of longevity amongst a few laptops.

Hate to think of someone having to manage a Linux, Microsoft, Apple etc over a Dell, HP, Mac etc.

Relative to most people I’m OK with messing with computers but I keep to one type when I can.

By the way the Raspberry Pi is OK and if money is an issue, cheep.

So I fully agree with @Usernames response and could argue the toss, but have more enlightening things to do

The only area I disagree with a common sentiment is sustainability as it can mean so many things. In small things like a computer that is reliable and user repairable then Framework is the only way to go today.

In terms of planetary ecology etc. well that isn’t sustainable. As for the human consumer lifestyle some are more aggressive and keep their consumables up to date at the expense of the weak.

The only option there is who to buy from, small and fair trade people, to give them a leg up or monster gobblers of resources.

My feeling is that I don’t want to support the big companies and try to avoid them, which includes nation that I won’t mention.

So before this offering of Framework I had two Raspberry Pis one as a server the other a desktop, the first desktop I’ve ever had.

In fact I didn’t need a new computer but I was used to carrying a small laptop, which had duffed itself some time ago.

All I had left was an 8" Win 10 tablet that cost $60 and if that failed I would have a problem with some solar charging devices, which I could not get to work on Linux.

So before this saviour to came on the scene I had consider a new Dell XPS 13, a microsoft surface, a Zen etc. Anything lightweight with a touch screen.

That I am willing to forego a touch screen says how much I want to support Frameworks offerings, why would I go back on all my values and experiences.

But as you point out a family, a young family at that, will have other issues and most won’t be bothering with a Framework as just the screen/lid is not throw it in the bag for school friendly We’ll see what tomorrow brings. Generations are the future though written in the past.

There’s so much about questioning about what people would do, it gets to sound rather creepy.

I understand your points and I did make it about Amazon because you named them they are one of the worst.

It is not so much about budget as much as being interested in spending responsibly/consciously. My take is by no means universal and I’m not saying you should feel the same. I care about my environmental impact and not buying new devices all the time is a very easy way for me to limit that impact.

Not looking at other laptops.

Maybe you are interested in laptops, I just want to get on with what I have. Made a decision, nothing can compare as it not just the laptop specs but user and manufacturer specs.

For me personally, I’m most interested in a relatively lightweight (say 1.8kg max) laptop that works perfectly with Linux, has a good display, all-day battery life, and is decently powerful. For the past 2 years, I’ve had a Tong Fang PF5NU1G (my review when I got it) that is a 1.5kg 15.6" laptop, a 54W Ryzen 4800H, and a 91Wh battery (w/ a user swapped 64GB of DDR4-3200 and 2TB M.2 SSD) that overall is still pretty decent, but now that I’m traveling frequently again, I’m looking to shave off some weight and get a better screen for my carry everywhere laptop.

I’m in Batch 1, and if the 12th-gen Framework ships in time, that’s what I’ll go with. I like the active Framework community of Linux users, and like the idea of open source EC, eventual coreboot, etc.

I have been looking at some other options as well, though so I’ll list some of those:

For people shopping now with requirements like mine, I’d highly recommend they also look at the Tuxedo Pulse 15 Gen 2 - it’s a refresh of the PF5NU1G I have, but with a bunch of the biggest niggles fixed - a slightly brighter (350 nit) WQHD 165Hz display, DP 1.4 output on the USB-C, and with a 35W 5700U that matches the 4800H performance but w/ 35% less power consumption. It also suppors 2 x M.2 slots. For me, it’s a CPU-power sidegrade - I’d rather go for a slightly heavier device w/ way more power like the G14, or a slightly smaller/lighter device w/ a better display ratio/brightness (and with slightly better single-core perf for w/ the Intel chips).

I was hoping to be able to upgrade to an iGPU-only Rembrandt (6800U/H+) laptop this year but sadly, with the limited supply seemingly all going towards gaming laptops, and the rest being put into ultrabooks w/ limited soldered RAM, that doesn’t really look like it’s in the cards. Maybe I’ll upgrade to a Ryzen 7000/8000 laptop in a couple years.

Yeah, to me, it’s now another year…another (re-)evaluation period to see what’s available on the market and how they stack up against each other, including the Framework Laptop.

But man, that OLED 120Hz panel was great to look at.

Another thing: Dave2D has this video today…Framework didn’t send a unit into the ring? 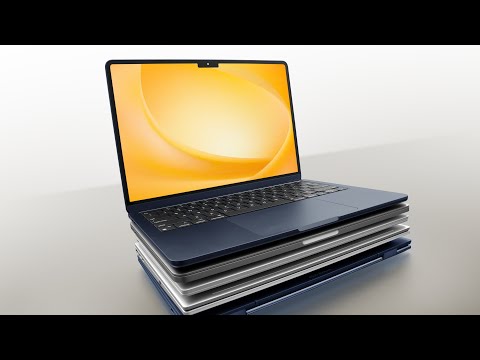 While not Intel 12th gen, Lenovo has the ThinkBook 13s Gen4 w/ AMD 6000 APU. It looks like a great system, and some reviews show the graphics power is better on the AMD APU vs Intel Xe. The highest spec’d version of the ThinkBook is only $1072 and adding 5 years of hardware warranty support still makes the cost less than my spec’d Framework system (i7-1260p, 16GB RAM, 1TB SSD).

If I do not like my Framework laptop, I may get the ThinkBook. Or the ASUS ROG Zephyrus G14.

BTW, there’s a version of the Thinkbook you linked with a higher-res 2560x1600 display on Amazon for about the same price. For me, the 16GB of soldered LPDDR5 would be the biggest blocker for me (I go above that in wired memory usage just with my browsers open), and I haven’t seen reports on Linux compatibility yet (you’ll almost certainly want to replace the wifi card, suspend might be hit or miss).

Both Lenovo and Asus have really good consumer lineup offerings this year.

With only one chassis from Framework, this definitely limits the potential customer base.

e.g. No dGPU, no touchscreen, no pen support, no flip, no OLED / micro/mini-LED, no high refresh rate.

Went out and got this just now…on sale. On paper, the value seems to be very good (but only 16GB RAM, soldered)

Very different form factor…so it’s not a competition to the Framework Laptop / customers.

The Slimbook Executive 14 is the other option I’m looking at if the Framework doesn’t ship in time for me. It doesn’t ship until August, but ships globally. It is 1.25kg, and a 12th-gen refresh of the previous Tong Fang ID4H1 (also used by the Schenker Vision 14, Tuxedo InfinityBook Pro Gen6, XPG Xenia 14), but has a few interesting things going for it. It is running an Intel Core i7-12700H (no dGPU), so I would be betting on being able to configure thermal_daemon well for decent battery life. Slimbook has made some interesting choices - going for a 99Wh battery (awesome!), which dwarfs what the Framework offers. The display is 16:10 3K 400 nit 100% sRGB panel, with a matte surface and a 90Hz refresh rate - a bit of a tossup vs the Framework.

Just in case some people here are interested, Schenker (XMG) just announced their Vision 14 refresh - basically their version of the Slimbook Executive 14. There should be a corresponding Tuxedo InfinityBook Pro 14 (Gen7) that might have some firmware tweaks/extra Linux validation. The announcement is super interesting though as it includes full specs including performance and power usage, battery charging profiles, internals, etc. https://www.reddit.com/r/XMG_gg/comments/wfyi54/launch_schenker_vision_14_with_i712700h_rtx_3050/

I should be getting my hands on my 1260P Framework tomorrow and have been planning to publish some similar thermal/power usage charts soon.

The announcement is super interesting though as it includes full specs including performance and power usage, battery charging profiles, internals, etc.