E.g. like when we go on airplanes or need to work away from the house for 8 hours, what are our external battery options?

Does anyone have a recommendation for a backup battery? E.g. something like this:

No need to get a battery with an AC port since you can charge via USB-C PD on the Framework.

Something like what’s linked below would be a bundle that would be great for flying with - Both charger and battery pack are compatible with the FW laptop, and the battery is as big as an airline would allow. Anker typically has decent products and customer support too in my experience.

And while having something that can output at 12v is a big plus for charging times, it should be noted that 5v sources can charge the battery as well. Granted if you are using the device while trying to charge with a 5v source you will use more power than you replenish, only much slower than without the battery. So to charge with a 5v source you’ll need the computer either in standby or off/hibernating.

My one BIG note on people who want to use battery packs: set up a battery-pack specific power plan, be it if you’re on Windows, Linux, or whatever. When you plug in your laptop, every OS I’m aware of will treat that as being plugged into AC power. That means power consumption goes sky high for most cases. I highly recommend setting up a custom power plan which basically sets everything (including lots of hidden settings for Windows) to the same defaults as your normal battery power plan. This will give you much longer run times on your laptop when it’s on a power pack. I mean that on the scale of potential multiple hours longer battery life.

If/when my Framework shows up I’ll be testing it with the OmniCharge 20+ and Omni Ultimate as well as the Line.dock 13" model (from a year or two ago, they have a new 15"/16" that I’m still waiting to receive that I preordered AGES ago). 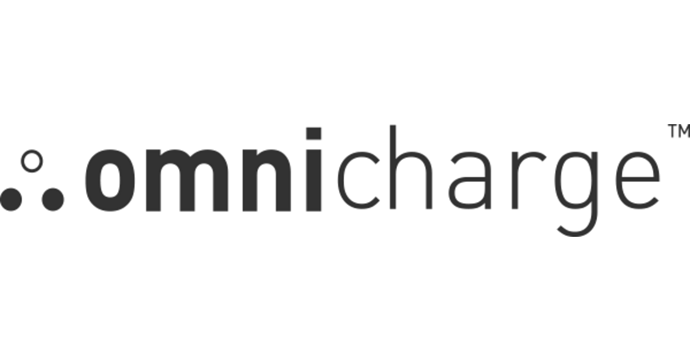 Stay powered and connected with Omnicharge’s range of portable power supply products and accessories. Browse our selection of mobile power suppliers below.

The Omni Mobile line works pretty good as well, they are slightly lower capacity than the OmniCharge 20+ but designed specifically for charging where the 20+ (and regular 20) can also act as a USB-C/USB-A hub to connect additional devices, which is really handy if you have a device that needs extra power (1A/2A etc) but you don’t want to sacrifice the laptop’s battery to power/charge it.

All battery backs will charge the battery if it is in standby or off (hibernated / shutdown).

No need to get a battery with an AC port since you can charge via USB-C PD on the Framework.

This was the first battery/dock I’ve tested, and so far just the charging/storage portion, not the HDMI or miniDP ports or the USB3 ports (beyond having a flash drive plugged in and being recognized).

Since I’m running ChromeOS I could use dmesg to see quite a few details about the dock, and everything appears to be recognized correctly but the first USB-C to USB-C cable I was using seemed to be triggering a lot of USB bus resets, which caused the M.2 SATA drive in the Line.dock to disappear and reappear, and when I had a USB3 flash drive plugged in that was doing the loop as well.

I switched to a better rated Plugable USB-C to USB-C cable that comes with their NVME enclosures and it reset far less, though it did still occasionally goof. I’m tempted to pull out the M.2 SATA from the Line.dock and see if it behaves better when just acting as a battery pack/dock but it requires removing a LOT of screws since they hid the port beneath the motherboard. I’m going to reach out to their support team and see if they have any tips for getting full functionality, if it requires a TB3 cable or if it is only support on specifically 13" Macbooks.

I also reached out about my 15" preorder and they were able to look it up and offered me a refund of my original crowdfunding payment and gave me a nice discount code to order one through their site since they couldn’t manage a unit at the insanely discounted early bird price without losing a LOT of money given the component shortages and increased cost of materials the past couple years not to mention the re-engineering and greatly improved feature set from what was originally promised in the campaign. I was OK with paying a bit more because they had given backers the option to switch to a 13" to ship sooner and I opted to wait it out for a 15".

Fyi you can diy your own 65W power supply for about $3 in materials if you’ve got some 18650s and a car pd charger. Here’s a post I made about it: 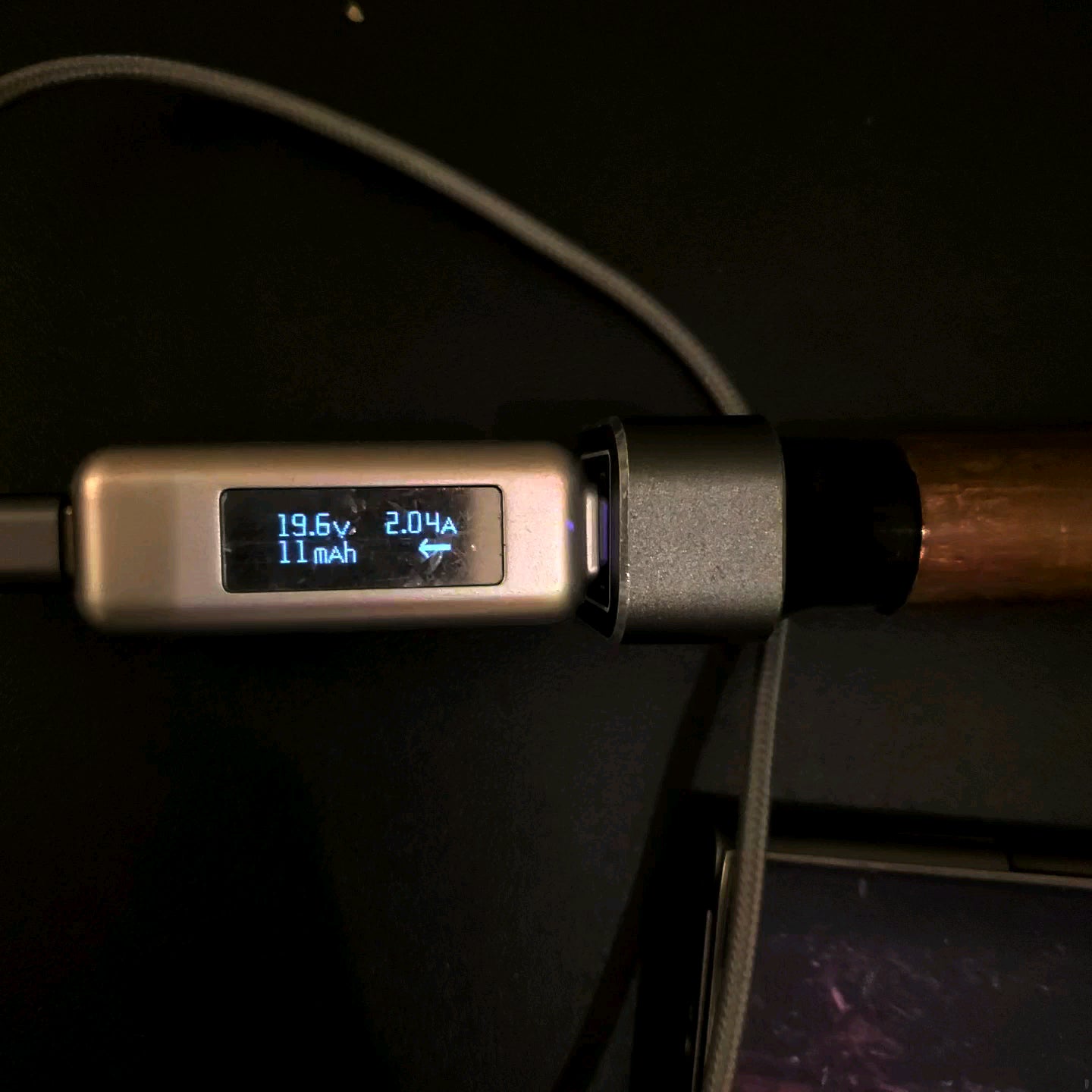 I had this conundrum a while back, and after doing some research, picked up an Anker Powercore III Elite, which has 26000 odd mAh, and can do 87W output (more than I’ll ever need). It is hefty, but it can charge my framework from ~20% to ~90% twice without dying, and its been wonderful. It’s one of the more expensive options, I think I picked mine up for ~$130, but its been nothing but wonderful, and Anker is a trustworthy enough company I don’t worry about it combusting in my bag or some such.

I’m struggling to get my RAVPower PD Pioneer power bank to play ball. It can output up to 60w, but when I plug it in, the laptop starts charging the power bank! Any ideas? I’ve tried various combinations of cable and pushing the button on the power bank, to no avail.

I’m struggling to get my RAVPower PD Pioneer power bank to play ball. It can output up to 60w, but when I plug it in, the laptop starts charging the power bank! Any ideas? I’ve tried various combinations of cable and pushing the button on the power bank, to no avail.

Mine does this if the laptop is hibernating, I have to activate it (it’s a button press to do the ~87W) while the laptop is on, or the laptop charges the bank and it refuses to go the other way, so maybe try it with the laptop on and awake.
@behuk

After some research, I was thinking of purchasing the Storm 2

Its has all the bells and whistles one could ask for: Nice design, USB-C1 100 W, DC up to 75 W, adjustable voltage and power control, can charge and be charged at the same time etc…

Yet on their Kickstarter campaign ( April 2021)

The comments range from “have yet to receive mine”, “received mine but there’s some strange noises”, “So far so good I love this unit”.

All of this made me reluctant to purchase one…

If anyone on the forum has one please post some feedback, I shall do the same if I end up getting one

That’s gorgeous. Although If I ever had to get it out on the tube it’d clear the carriage pretty quick.

This article from the Wirecutter recommends a few ZMI battery packs because they can also be used as hubs.

This article from the Wirecutter recommends a few ZMI battery packs because they can also be used as hubs.

I have used a 30 watt MacBook Air charger to power and charge my Framework while using it.

Anything lower I’ve tried will boost the charge when off, but is not suited for using it.