i got an idea for a fun project. im going to take the mainboard for a framework laptop and make a tablet. i originally thought it could be done by removing the display, and putting a touch display were the keyboard/trackpad are currently. that might serve as a prototype, but i think it would be fun to try and make an even smaller one.

i dont think this is a good idea, but rather a fun one. as for how useful this device might be…

this would outperform MOST apple ipads in terms of raw performance. the ipad pro with the M1 would be an exception. in the 2nd smaller version, a slightly smaller battery would further decrease battery life. both versions would be heavier and louder then other tablets.

of course having the choice of OS is another advantage.

im not sure if i will actually try this, because this is a bit beyond me, but you never know. if/when new mainboard options become available i plan to upgrade, and this is one of many creative ideas offering a new home for the current board

I like the sound of that! Hope you will try it, I’d love to see what you come up with

If you 3D print (or have someone 3d print for you) A case, you could just remove the keyboard, fold the display 360 degrees (Fully flat, + 180 degrees, and remove the KB. With 3D printing it would have an advantage of being a cheap upgrade, BUT WATCH FOR MELTING!!!

i have a 3d printer, but it doesent work perfectly. in addition i like my laptop and dont want to mess with it, but if i end up replacing the board, i would consider making something like this for the old one. i would probably go with a custom build, rather then adapting the current enclosure

as someone who has a iPad pro (I know, it sucks but its the only good tablet for drawing.) I hate how gimmicky it feels. There’s nothing pro about it it just feels like a glorified kids toy. I really hope that this is made because I’d buy it day one and sell my iPad. Even if they don’t end up making a tablet a supported DIY project page could be really cool.

I really hope that this is made

between school and home i would probably have access to all the tools i need, and as of half an hour ago, the announcement was made that the cad designs for making your own chassis are being released, AND I5 Mainboards will be available independently soon. im not sure if i have the skill to make this, but if i can find some friends who want to work on it with me, then i would totally do this. whatever happens, i will keep everyone updated

many of us suggested a tablet

From hardware side : new chassie & screen should do it

iPad pro (I know, it sucks

I’m still considering an Ipad, as nothing else stand against it (also it’ll take time for framework to hit world wide)
only thing limiting it is the OS. Wish apple allowed booting a different one
we buy their product but they own it

if i were to complete this “product”, i would make any cad files/instructions avalible here for free. im not sure if it would be the sort of thing people would be able to follow, as it would likely be VERY “engineering sample” like, and obv people probably wouldent want this. either way, IF i make anything, plans will be free

v people probably wouldent want this. either way, IF i make anything, plans will be free

I have some basic knowledge about industrial design and I can do some basic 3d modeling. I just don’t have access to the tools needed to do something like this. If you want we might be able to work together with a couple other people to make this a reality.

perhaps. i started by removing the board, testing it by itself, and putting it back in. the real objective here was to see how reasonable it would be to use my main machines board as the prototype. i think its doable. my idea for a first prototype is a portable touch display with the board/battery enclosure underneath.

call it an update, but im starting off with some thermal benchmarks. i will be running cinebench R23 on my machine in different conditions to see how it preforms. im not expecting much, but im wondering if other internal components are generating hear (eg: battery). im still having some trouble with parts, so if anyone has an idea for a touch screen usbc display with built in audio, please let me know!

I had the same exact idea! Just never had the time or resources to make it happen. I’m super excited to see where you end up with this project!

In the Framework Q&A video, Nirav showed off a tablet-esque device powered by a Framework mainboard. I’ve attached a timestamped link to the video below. 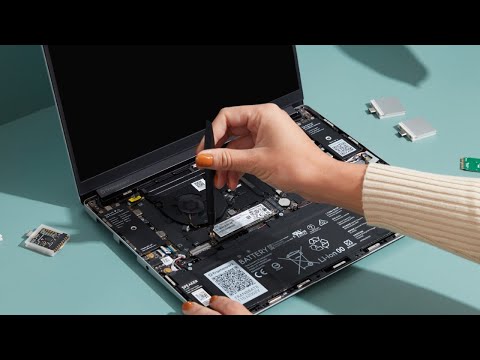 thats not the sort of thing i would make, but yeah as of right now im mostly waiting on specs for a custom chassis to 3d print

In case you didn’t already see this, here you go. Includes a form where they’re giving away mainboards for devs with interesting projects. If you think you’ve got the skills, try applying!

Zorin OS has compatibility for a 2in1 touchscreen laptablet. if Framework releases a touch-screen upgrade in the future that’d be a good way to.

In case you didn’t already see this, here you go . Includes a form where they’re giving away mainboards for devs with interesting projects. If you think you’ve got the skills, try applying!

I did see that, and that they released the info for building a custom chassis. i was trying to start when i think i broke my 3D printer. i THOUGHT about the dev program, but i don’t think my idea is all that good anyways. i would hate to somehow actually get accepted, and some other developer with a GOOD idea cant get a board because of me. I’m still going to work on this, but expectations for results are very low at the moment

That very conscientious of you. It’s not just the first 100 people that apply though, there’s an application process they’ll review. So I think you can be up front about your resources and experience, and trust that the FW team will pick the best ideas and people to do them, including if they decide that’s you.