Here are results of Notebookcheck’s extensive testing of games running on the iGPU on the Tiger Lake i7 ULV processors.

You’ll see that there’s quite a bit of variance across laptops within a certain setting of a certain game–that’s because gaming performance heavily relies on fast, dual-channel RAM and how much the SoC is throttled. For the Framework laptop I would take about the ~80th percentile of results (since it has slower RAM but doesn’t throttle like most laptops do). Or just take the average result as a safe bet.

Notebookcheck did review and test the Framework laptop in games, but the FPS results are up to 50% lower because they tested it with single-channel RAM for some reason.

Feesh definitely gave the more comprehensive version of your answer. My personal experience gaming is that I have been very pleasantly surprised. I have never had a laptop this small, and it handles games much more smoothly than my old 15" 2013 HP Envy with dedicated gtx 760m did… though obviously that’s a laptop that’s generations old, it was what my expectations were based off of. I haven’t done any real AAA gaming on it yet, but older games and games with more optimized performance (like competitive shooters) have played with a steady 60fps consistently (edit: I am willing to drop my settings pretty far to hit 60fps on those, and it’s by no means a robust trial).

To add what others are likely to say:
That much RAM generally won’t help much for games. And the most expensive i7 model only adds business features.

No hard numbers, but I’ve been playing FFXIV on it, in Wine on Ubuntu, and I get a good 40 FPS on the Laptop (standard) preset.

Also have played hollow knight, which is perfectly smooth but that’s not surprising.

Doesn’t sound to bad. Has anyone plugged an eGPU in? 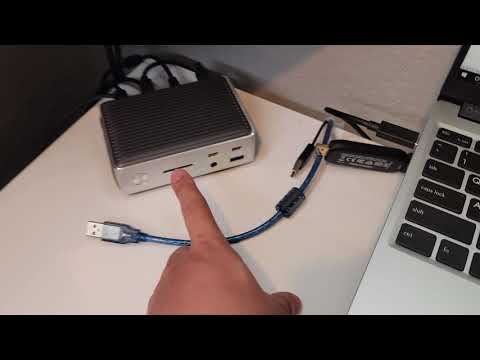 Not sure what you’re looking at for solid performance numbers, but eGPU’s are definitely functional with the FrameWork’s Thunderbolt-but-not-yet ports. Since they are not 100% certified yet it’s possible that compatibility may vary with different cards/enclosures, but any kinks that may exist are likely to be worked out pretty quickly in future firmware versions.

Did a 3 hour gaming session with some friends over the weekend using only my framework laptop and eGPU dock… CPU temps stayed between 70-80 and FPS stayed at 60 and up. No hiccups, no throttling, no issues whatsoever… had a good time and best part is my old desktop gaming rig ran great as a dedicated server.

I’ve also played FFXIV on this laptop. I usually play on my main desktop but I wanted to test it out for when I play away from home and it ran surprisingly well. Did a roulette and some other daily tasks with no issues.

I am also playing FFXIV on my laptop (Windows) and it is running well on Standard configuration.

Temperature wise, I seem to be running about 76-83C.

@Cthos Thanks for the heads up about Ubuntu. I’ve got Elementary on an expansion card and wondered how the game would run. May end up giving it a shot!

I have my Framework maxed out with 64GBs of RAM, and I’m on Win10. I’ve played WOW on max graphics, Fallout 76, COD Cold War and a few other games with no issues. Fast and fluid game play. I kicked it up a notch, and attached a Razer X Chroma with a RX 5700 XT graphics card, and it’s a beast. There’s no game that I’ve played that slows this thing down. I’m sure that even with 32GBs of RAM you should have some similar results.

I have had similar results with 16GB of memory (the bare minimum I would suggest nowadays). Speed of the memory is more useful than the amount… unless of course you are running on 4GB… that would be an exception.

I’m trying League and Valorant and I get FPS drops really frequently. Not too sure the reason but I’m guessing it’s throttling. I tinkered around with Throttlestop but it didn’t fix the problem. I’m on an i5 though so thst could be the issue.

Some light titles like OpenRCT2 can get around 120 fps on software renderer (60fps limited on OpenGL).
Medium titles like Minecraft 1.18-pre1 on fabric, sodium, and iris shader mod can give you a good 60fps on 1080p low and around 30fps with BSL shader on. Minecraft Dungeons can run at 50-ish fps on 1080P medium settings. Completely playable.
For heavier title l tested IdolMaster Starlit Season. Sometimes the fps can reach 50 on 1080p low. But the fps was unstable which lag spikes from time to time. I also tested Satisfactory, around 30fps on 1080p low.
Since vram is shared I recommend you to have at least 16GB dual channel RAM installed.

I just tried Dead Space 2 via Proton Experimental and it runs surprisingly well.

It’s good enough for casual/light gaming. It can play everything I throw at it minus any graphically intensive AAA titles (it might play some of them on the lowest settings).

For example, on arch linux, playing FF14, with 1440x960 resolution upscaled with AMD FSR to native via proton, Laptop(Normal) settings preset with a few of the settings turned up higher. I’m getting at the lowest 30fps (40fps average), and closer to 60fps in dungeons when there aren’t particle effects all over the screen. I’m using Proton-GE under steam (installed via Lutris, then I did the symlink trick to have it run through steam instead of lutris).

Also, the intel chip can clock higher and maintain those clocks with a better cooler (the one in the framework laptop is very good for a thin and light, it’s closer to a normal laptop in terms of cooling performance) and a decent power supply (the 60W framework PSU would be the minimum, it can maintain higher clocks for longer with something more powerful since the display uses up a lot of that power budget by itself).