I would like to see benchmark threads for every sub system. If you see one missing, feel free to add one.
I am only interested in benchmarks for FrameWork Laptops.
The intent of this thread is to give us a rough estimate on how the FrameWork laptop that we just bought is supposed to perform.
This will allow a new buyer to run a series of benchmarks to verify against these threads that the newly purchased system is working as intended.

The hard drive. We need a variety of hard drives to understand the performance numbers for each selection. The more variety the better.
This is NOT a race to see who is fastest. This thread’s purpose is to gather data points so that we can make sure our systems are performing to potential.

If you are running Windows use CrystalBenchMark 8.0.4. Download – Crystal Dew World
If you are running Linux use KDiskMark 2.3.0 https://github.com/JonMagon/KDiskMark If you use a different version, please state it in your comment.

I am up for hearing about better benchmark suggestions too.

I would be happy to participate in this, as I am running Linux though, I cannot use CrystalMark. I can use KDiskMark though, which is similar.

Do it! I will edit the OP and include KDiskMark.

it depends on a billion things. Intel Optane, for example, does not offer the best read and write speeds but pack “explosive low 4k scores”. Most others are not the “Xpoint technology” (or whatever) and have to do with memory controller algorithm, hidden over provisioning, and ram cache.

And because it depends on such a billion things, I believe that a SATA SSD is all you ever need and everything else is snake oil, even with the elephant presence of NVMe.

This page talks about the Optane 900P, but it also covers a dozen other drives and show the list of scores (as well as other statistics).

HOWEVER, It does mean that with similar drives (e.g. the factory western digital), we can evaluate the performance of the motherboard by comparing values to the drive’s performance on other machines. However it is very likely that it’s the bottleneck on the drive itself, unless corners are seriously cut, like a 2 lane PCIe instead of 4 lanes.

I have a toshiba, three samsungs (with slightly different pm981a controllers), a intel Optane 32GB (the old model of “acceleration stick”), a BiWin 512GB, another samsung (860 pro), a lite-on 128GB sata, and a …
maybe that’s about it. If you want me to post stats on a system let me know.

I am only interested in benchmarks for FrameWork Laptops. The intent of this thread is to give us a rough estimate on how the FrameWork laptop that we just bought is supposed to perform, and how different M.2 SSDs perform (Framework or Third Party) in the Framework Laptop.
This will allow a new buyer to run a series of benchmarks to verify against these threads that the newly purchased system is working as intended. 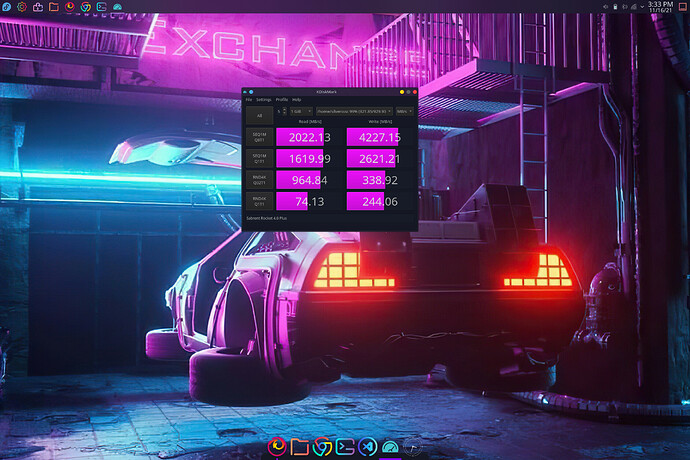 @CheeseWizard just to let you know, your sn850 numbers are almost identical to my sn850’s numbers in my Dell XPS 17.

Wait. That SSD writes faster than reads?
Even for low 4K

Wait. That SSD writes faster than reads?
Even for low 4K

Yeah, the numbers don’t look right to me either. I ran the test multiple times, and they all came out this way though. So either a weird drive, or Linux drivers.

the numbers don’t look right to me either

to think, it’s probably having to do with RAM cache. As anything you would read would not be in there (but instead in the actual flash chips).
But when you write to it you just tell it (this goes here and this goes here) and the controller just stack them up on the RAM chip and chew through it slowly.

I bought another SDD and will use it to test Linux builds until I can move back to Linux full time. (All 3 of my other laptops are running Linux)
This is BTRFS and luks encrypted. So I won’t win any speed awards here. 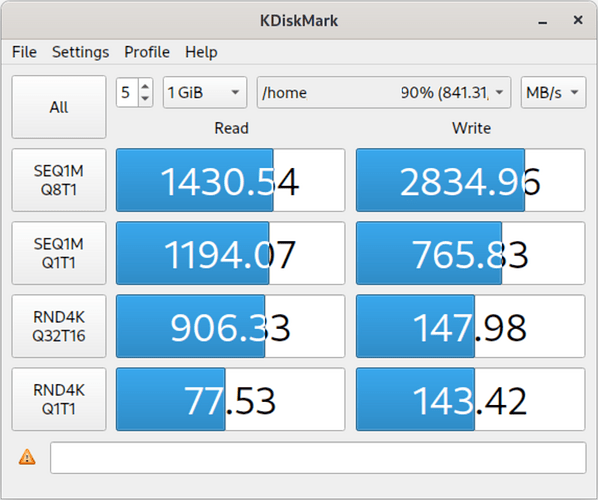 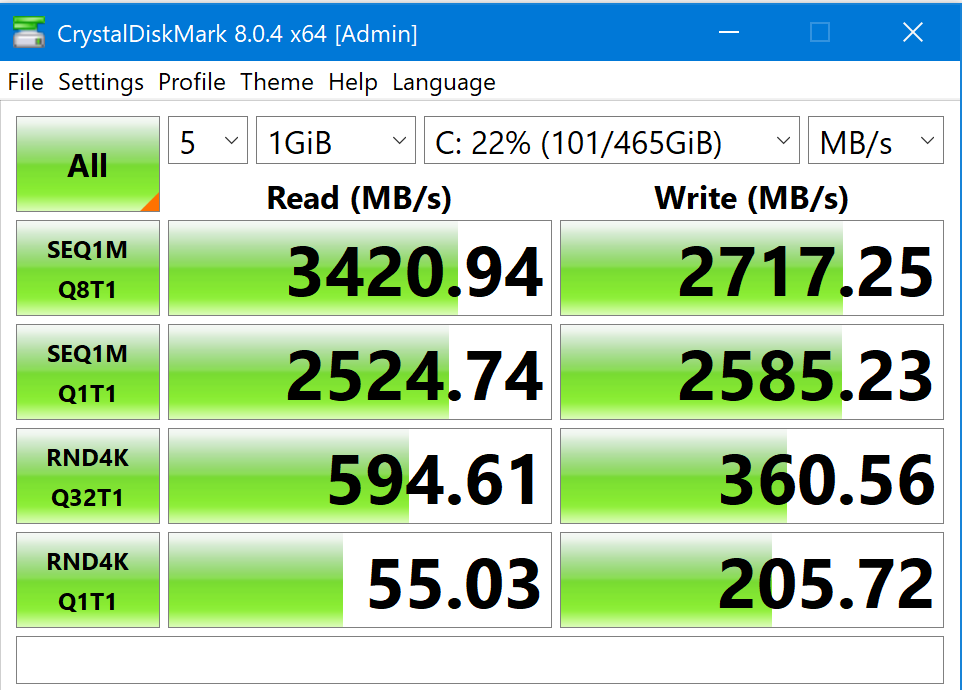 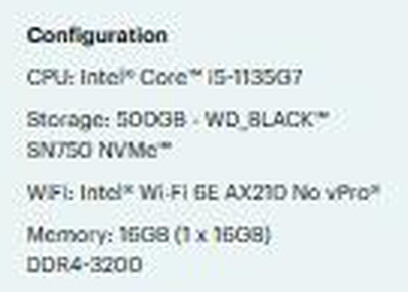 What drive are you using?
Also, Windows 10? 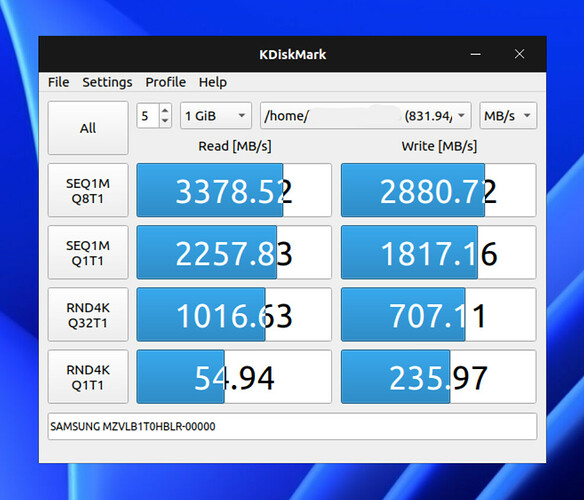 It appears that the crystal disk bench on Linux handles it differently than it handles in Windows.

Here is the Fedora KDiskMark output. 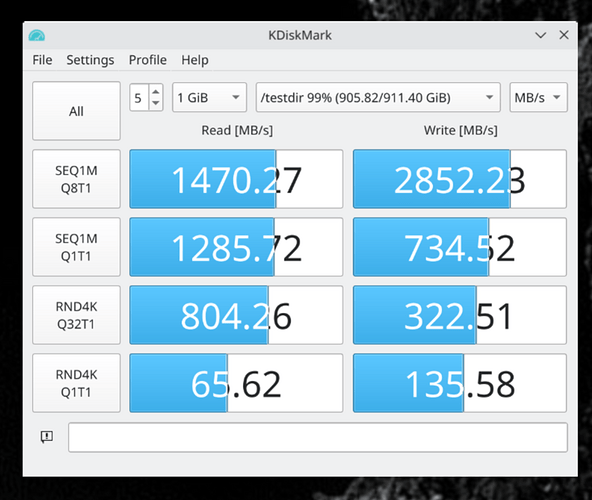 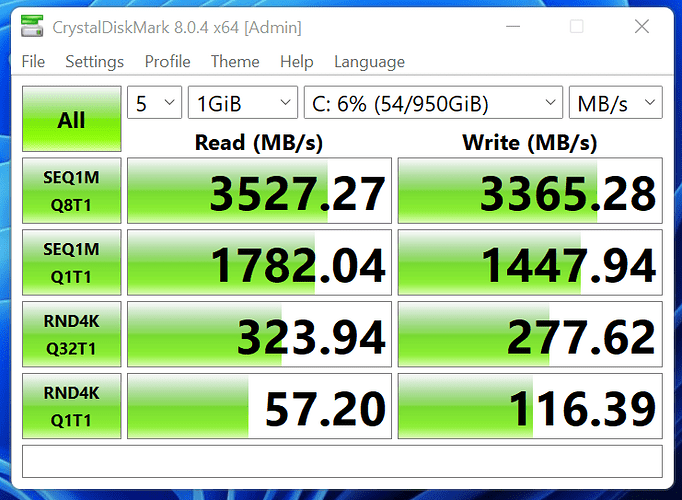 As you get respones, do you plan on doing anything with the compilation?

Not really. Do you have any ideas?