Continuing @CheeseWizard’s threads regarding benchmarking different components of the Framework laptop, this is a thread concerning benchmarks of the storage expansion cards.

I got a 250GB expansion card for Christmas and tested it out in Linux, formatted as it was from the factory - the EFI partition and the exFAT partition. 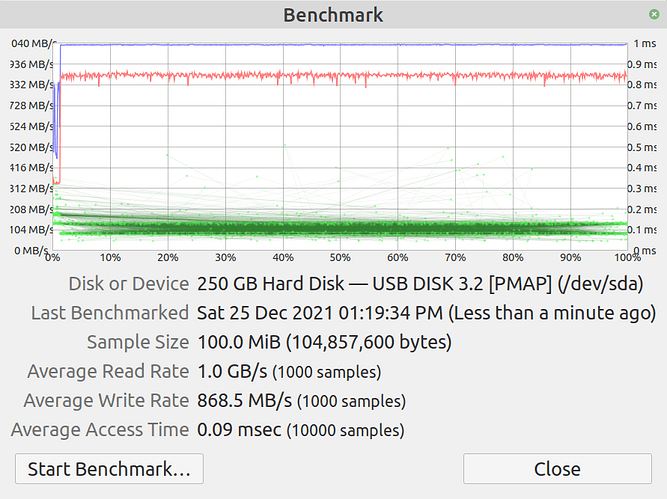 You can see the readings as it hits the EFI partition and transitions out into the main partition. These results are exactly as promised, write speeds far higher than promised actually: 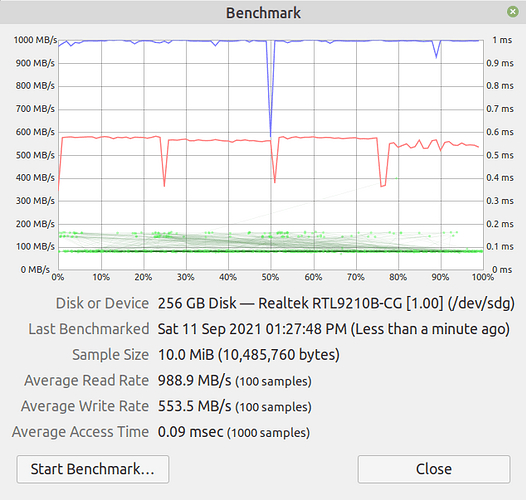 I proceeded to install Ventoy to it and move over my Windows install on a .VHD:

I tried out @David_Rasch’s excellent guide to installing the Windows-only Framework BIOS updater for Linux users here: https://community.frame.work/t/bios-upgrade-for-linux-users/10574 And inspired by this success, I tried to run the WD Dashboard software to update the firmware in my WD SN850 SSD I have installed. Unfortunately WD Dashboard doesn’t run this way. It cannot run by command line, it needs to install to a GUI and since the Windows installer doesn’t have this type of environment, i…

Then I started seeing thermal throttling - copy speeds were first >400 MB/s, then dropped to 200 MB/s. Not too bad, but I could feel the USB port part getting hot.

Ran Windows off it - worked fine at first but the flash was hot and got hotter. It got very slow.

I was sort of expecting this and installed a thermal pad as Nirav describes:

We’re working with our suppliers for the flash storage and module integration on the 1TB Expansion Card on this. We have found that there is a small amount of unit-to-unit variation along with variability in performance from ambient temperature, but the biggest impact on throttling is the length of sustained sequential write. Sustained read and mixed or random read/write will generally not result in throttling, but sustained write will. The good news is that we have found that applying a ther…

It was very easy - for future reference, you need a pad 12.5mm X 10mm. I had some M.2-sized pads and had to cut a corner out of them. As Nirav states, you should only cover the top half of the flash - look at the case, this is the only part that contacts the aluminum shell, there’s plastic beneath this area and contacting the plastic will make the circuit board difficult or impossible to reinstall.

After this easy modification, I did notice that the aluminum heated up so it was working. I benchmarked it in Windows before and after using CrystalDiskMark. Unfortunately I lost the “before” chart because I had to rewrite the Windows install, but now here’s the “after”: 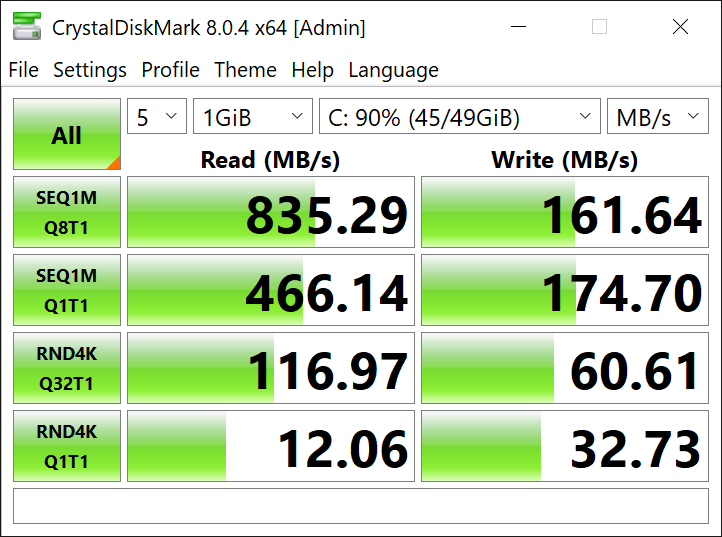 This is good but I’m beginning to think that running Ventoy then a .VHD VM file isn’t ideal and has a large overhead, slowing things down. It’s good enough for playing around, writing BIOS and SSD updates, but for full-time use I should probably go with a more direct install.

I’m very pleased with the expansion card, it opens up a lot of possibilities and is quite fast. The thermal transfer pad modification works, you can feel the heat transferred to the aluminum for sure.