I’ve noticed when playing music/videos that my TAB key seems to buzz/rattle. I can reproduce this with a hz tone generator (Online Tone Generator - generate pure tones of any frequency) running at 440 hz. If I hold put my finger on it, the buzzing stops.

I am hoping to pull the key off and reseat it but I wasn’t sure if this was wise? Has anyone reseated keys? I saw the whole keyboard replacement guide but I wanted to be sure I wouldn’t break anything before I pulled the key off. Any other thoughts on how to fix the rattle?

The general consensus is proceed at your own risk. Some people have been able to remove and reattach but we are talking very small plastic tabs.
see Is there a way to reattach a key?

Thanks @Christopher_Kelly for the heads up. I was able to successfully pull the tab key up and reseat it. I used the framework spudger to carefully apply pressure to the top of the key until it popped. It has some metal rails on it that slide out after that. I reseat the key and the buzzing appears to be significantly improved.

EDIT: After a week the buzz started up again. I pulled the key back off and bent the rails slightly inward toward one another (just pinched them a bit with my fingers). This created the slightest bit of resistance on the rail-holds when I reinserted which I think has permanently stopped the buzzing.

My framework is experiencing the same problem. It’s rather distracting, and detracts from otherwise pretty decent speakers for a laptop this size (as long as you don’t compare it to a Macbook).

I followed your steps exactly. Carefully pried up from the top until the key released. Then lightly bent the stabilizer bar inwards. And my rattling has issue has been resolved too!

I still get a little bit of buzz on the caps lock key when running the tone generator you linked. But it’s not nearly as bad. And I don’t expect normal audio to reproduce that.

Thanks so much for sharing your attempt

Thanks everyone in this thread – chiming in here to say I also did this and it’s seemed to fix the issue! I did this for both my Tab and Esc key. As mentioned previously, please be careful and proceed at your own risk because the fragile/small plastic tabs can break. That being said, they don’t really latch under anything (as I had worried), but instead latch around, so as long as one pries (carefully) from the top and imho:

probably best from the middle top to apply even pressure and so both clips pop out at the same time,

the key should take negligible damage.

Here are some pics (EDIT: this is for my Batch 1 Standard US keyboard. I don’t know if other keyboards are the same, just a warning):

After popping off the top portion of the key, and flipping it down: 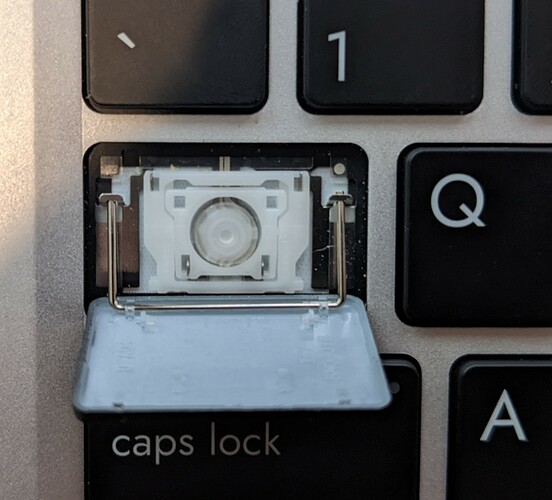 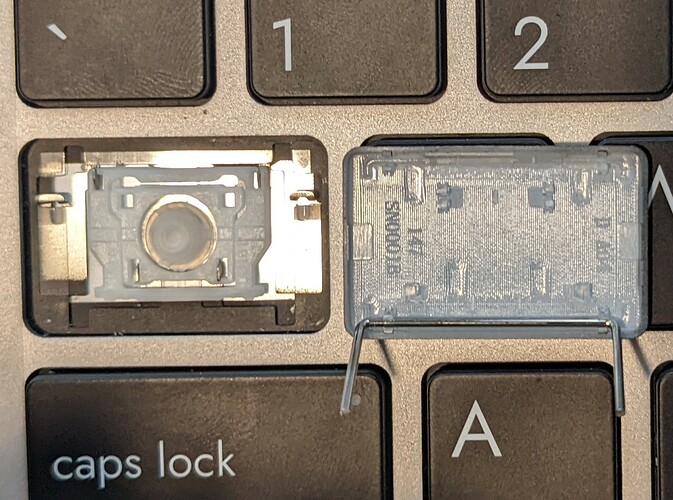 Notice the clips at the top of the key, particularly how the two plastic tabs (in the yellow boxes) form a notch (where the blue arrows point to): 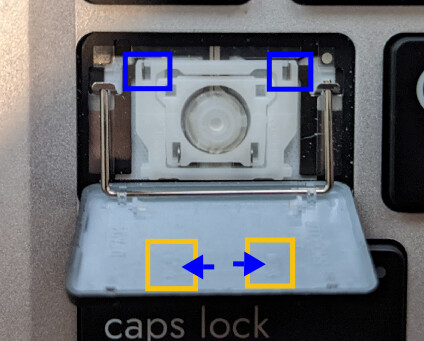 Escape key is similar, just smaller (though when I first tried to flip it down it seemed stuck – I just wiggled it a little until I was able to): 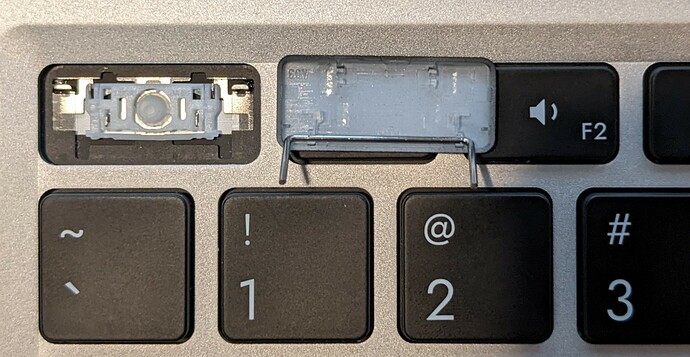 How it looked after slightly bending the metal clips inwards: 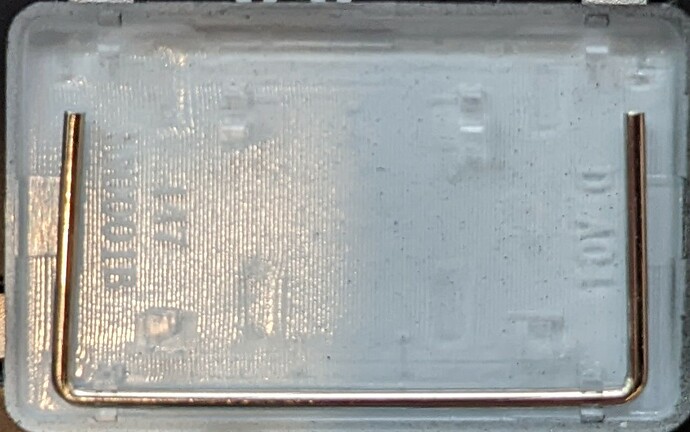 The 440Hz tone generator is an excellent way to verify. When playing 440Hz at max volume, find the keys that rattle by holding them down with your finger, then fix rattle-y keys. There still seems to be some slight overall rattling of the case or underneath the keyboard (unsure), but I’ve been listening to music at full volume while typing this up, and there seems to now be no perceptible rattle. Also, I spent like an hour placing foam at various places underneath the keyboard, inside the laptop. It kinda worked, mostly didn’t. The fix mentioned above is wonderful with the added bonus that the keys aren’t as wobbly now when typing.

Many thanks again, cheers!

3 Likes
Can anybody in the community make me a custom layout?